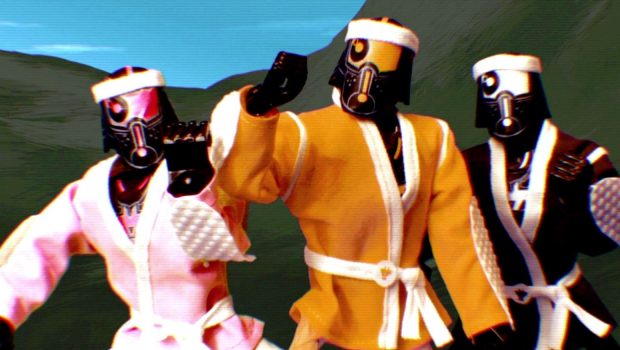 Trials of the Blood Dragon – Get the full game for free by completing the demo!

UBISOFT, SYDNEY — July 7, 2016 — Ubisoft has announced an opportunity for gamers to win their own copy of Trials® of the Blood Dragon on Windows PC. On July 22nd, players can jump into the madness by downloading a free demo version of the full game from Uplay®, and those who complete the demo with 15 faults or less, are rewarded with the full game for free. Players can also compete against each other on a global leaderboard to see who can achieve the fewest number of faults.

In Trials of the Blood Dragon, players will journey through 30 missions spanning seven different worlds, using a range of gravity-defying vehicles, weapons and tools, such as bikes, jetpacks, plasma rifles, CD launchers and grappling hooks, to get over and through anything they need to.

Additionally, players will be able to race against each other on asynchronous multiplayer leaderboards for an extra competitive edge. Over the course of the game, players can complete the experience by unlocking the game’s soundtrack, composed by Power Glove.

Trials of the Blood Dragon, the follow-up to the successful Trials series, is available for download worldwide on Xbox One, PlayStation®4 computer entertainment system and Windows PC.

For more information about Trials of the Blood Dragon, please visit www.trialsoftheblooddragon.com, follow twitter.com/trialsgames or facebook.com/trials.official and join the conversation by using hashtag #TrialsGames