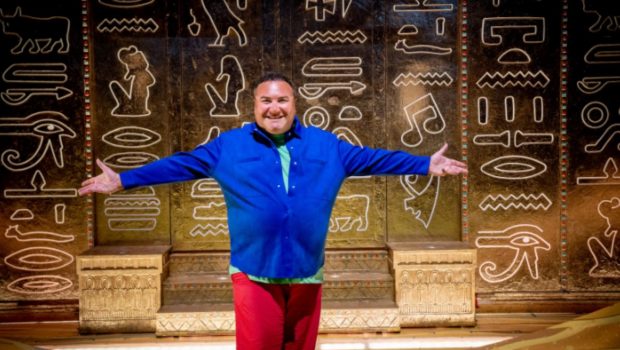 TREVOR ASHLEY joins the Joseph company in Melbourne to play Pharaoh for one week only!

Tim Lawson in association with Michael Harrison and The Really Useful Group are delighted that Trevor Ashley, for one week only, will be joining the production in Melbourne.  Announced to play Pharaoh for the Sydney season, Trevor will play the role from Tuesday 27 December through until Sunday 1 January, while Shane Crawford is away from the production due to pre-existing commitments.  Crawford returns to performances from Wednesday 4 January.

Trevor Ashley said, ““I can’t wait to bring my fabulous Pharaoh to Melbourne during the holiday season! The show is colourful, glorious and has one of Andrew Lloyd webber’s most beloved and memorable scores. It’s the show you should see that’s perfect for families at Christmas, and a great celebration for anyone who has a dream as we end 2022 with a bang!”

Following the Melbourne season Joseph commences performance in Sydney at the Capitol Theatre from Saturday 11 February, 2023.

“Absolutely jubilant… uplifting kaleidoscope of colour and sound”  Time Out

“A joyous night out… The production – with its bold primary colours and gorgeously lit,

is first-rate” The Guardian

“Exceptional leads, with soaring vocals and effortless poise in the spotlight” Herald Sun

“If it’s fun, if it’s joyous, if it makes you feel good – as this show most certainly does – what’s wrong with that?” Arts Hub

Joseph and the Amazing Technicolor Dreamcoat has become one of the world’s most beloved family musicals.  The multi-award-winning show, which began life as a small-scale school concert, has been performed hundreds of times in over 80 countries worldwide.