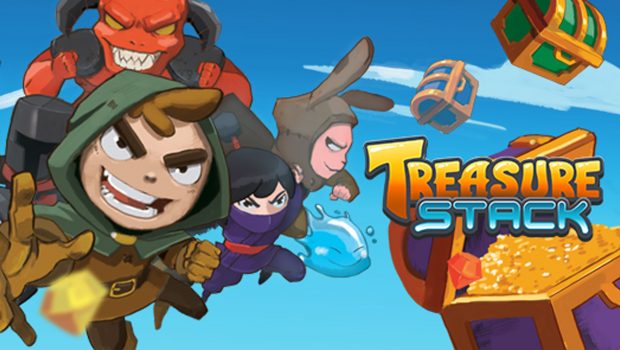 Summary: Puzzle alone or compete against others in a fun retro styled stacker.

A number of years ago, arguably in large part due to mobile gaming, puzzle games made a big surge. The fact you can pick them up and play with only a few minutes to spare is a big part of their appeal… their ability to make you want to get just a slightly higher score, or unlock just one more new skin is clearly what keeps them hanging around as part of our game collections. 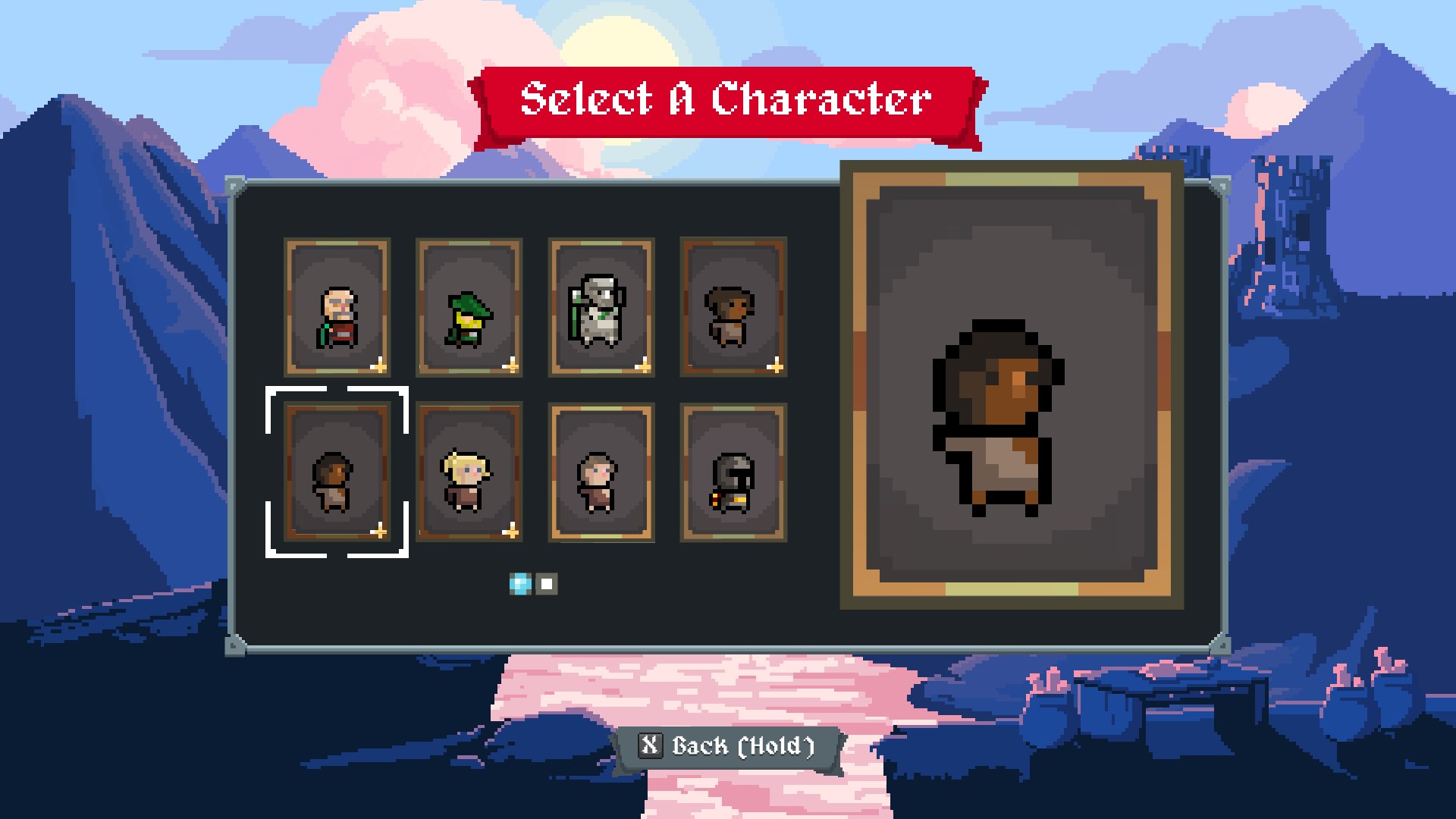 Treasure Stack enters the fray and puts it’s own mark on the genre. Taking a hint of Tetris and mashing it together with a bit of puzzle quest will get you somewhere close to what Treasure Stack is like. The falling blocks need to be placed in the best position… but to clear the blocks isn’t simply a case of filling a line or even matching at least three of the same sort. Each block is a coloured chest and each chest has a corresponding key, to clear the coloured chest you have to place a matching coloured key against it. Take too long to clear the chests and they will stack up to the top and your game will be over… but it’s not just the chests that will fill your screen. Take too long and you will get dark blocks that can’t be matched and need to be destroyed… which is where the other blocks come into play. 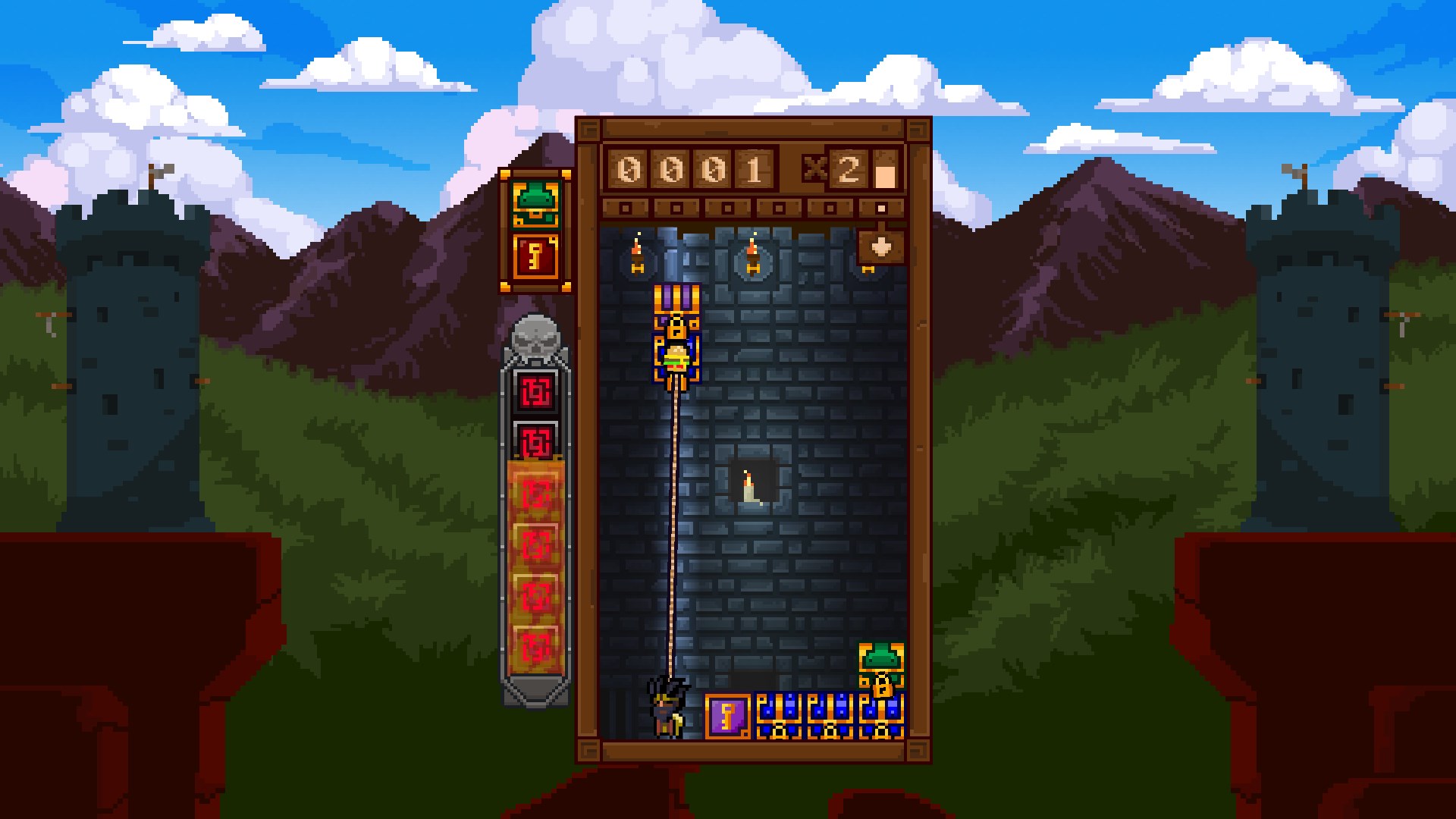 Along with the coloured chests there are “tool” tiles… things like swords and anvils… that you can place to take out columns or other configurations of tiles. When you match your coloured chests with their key, any adjacent dark block will also be destroyed. Naturally as you progress the speed at which all this happens increases and starts to get very frantic. But you aren’t quite limited to where the blocks fall… you have a grappling hook that allows you to pull the blocks down and then you can place them where you want… this gives you a lot more say over the the block placement… but you can easily find yourself blocked into a place that you can’t move out of unless you are careful with how you stack the blocks. 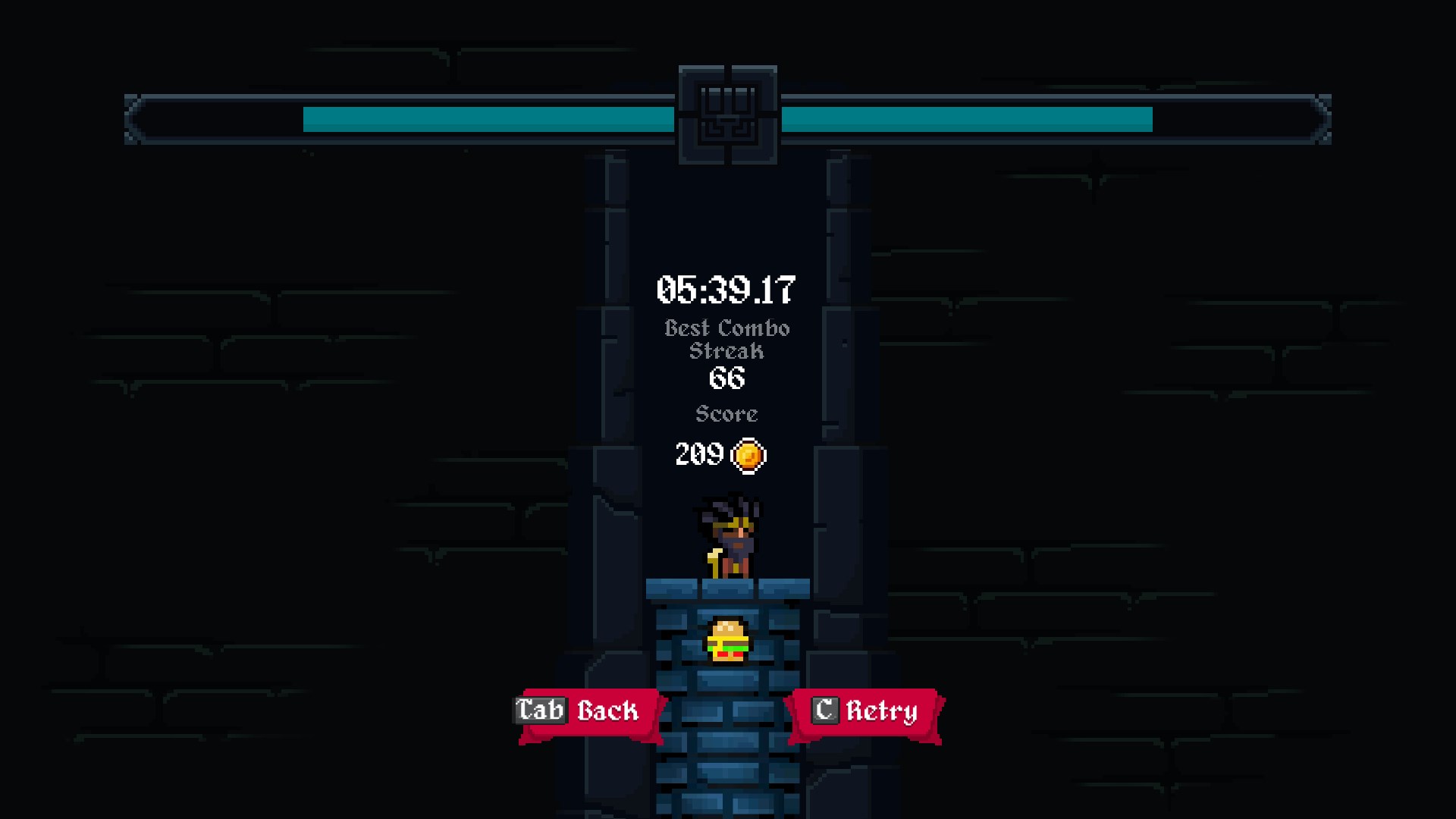 The game features a solo mode and multiplayer options, that latter of which I had some success playing early on but finding a match to play more recently has proven some what more tricky… so obviously you may have to learn when the peak play times are if you want to play against others, though you can play muliplayer locally too (ahh I remember the days of sharing a keyboard for multiplayer gaming). 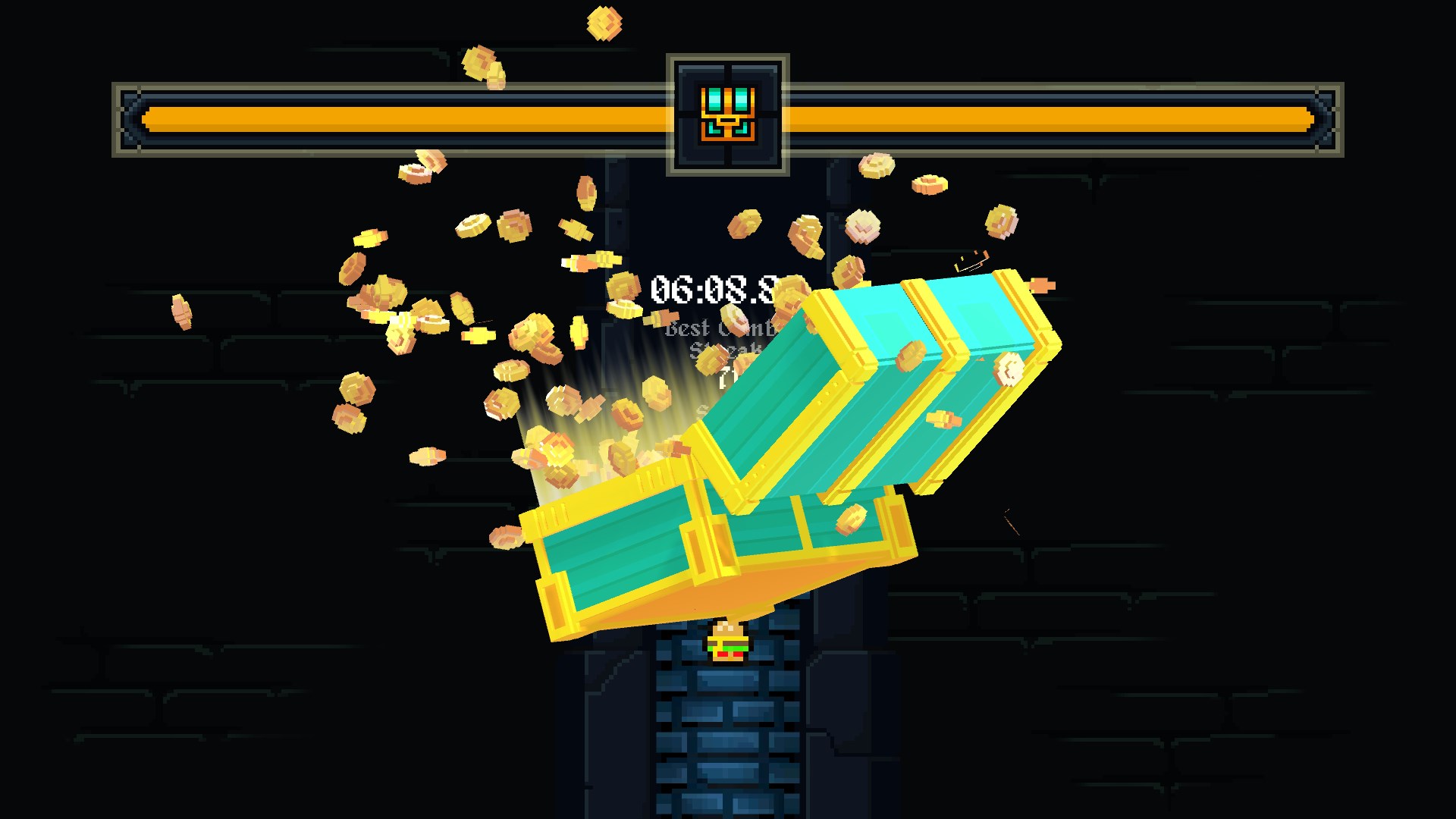 Overall it’s quite a bit of fun and the lure to unlock the next item or character is there… but it also ends up being very repetitive very quickly. It’s certainly great to leave in your gaming collection for when you want a quick fix of puzzling… but you may find that five minutes or so you figure you can spare, ends up stretching a bit longer as you chase the next goal. It’s worth a play… but I’m not sure it’s quite worth the price tag for what it offers.