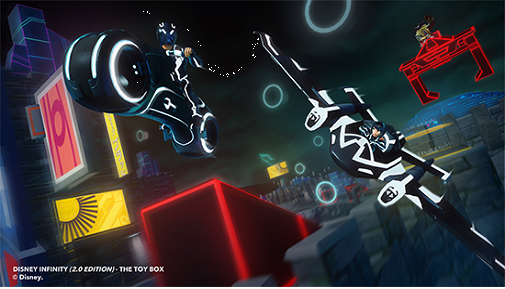 Travel the Grid as Tron Makes its Way to Disney Infinity 2.0

“The iOS version of Disney Infinity has always attracted our largest audience, so we wanted to do something special to celebrate its launch. I can’t think of a more appropriate digital exclusive than Sam Flynn and Quorra from Tron,” said John Vignocchi, Vice President of Production, Disney Infinity.

Disney Infinity 2.0 is rated PG for mild violence and online interactivity. Additional characters will be hitting Australian and New Zealand stores and digital platforms in the coming months.