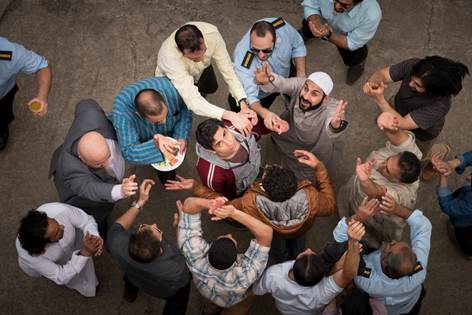 Madman Entertainment has today released the official trailer for Matchbox Picture’s new feature ALI’S WEDDING. The film will screen at festivals including the 2017 Sydney Film Festival ahead of a national cinema release.

The award-winning screenplay, co-written by actor, writer and comedian Osamah Sami (Saved, TV’s Jack Irish) and Andrew Knight (Hacksaw Ridge, The Water Diviner), is based on a true story from Sami’s life.

After a reckless lie sets off a catastrophic chain of events, Ali, the son of a Muslim cleric, finds himself caught between his sense of duty to his family and following his heart. The film features a diverse and vibrant Australian cast including Don Hany (TV’s Offspring), Robert Rabiah (TV’s Tomorrow, When the War Began), Ryan Corr (Holding the Man) and newcomer Helana Sawires.

ALI’S WEDDING is an affectionate and entertaining story about family, duty and love in multi-cultural Australia and will be released nationally in cinemas mid-year.