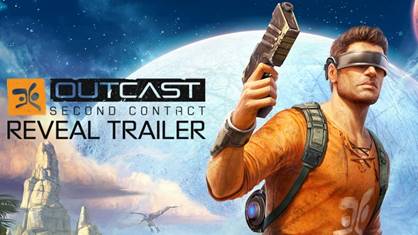 This video gives a quick overview into the wild landscapes of the planet Adelpha, a bewitching world as beautiful as it is dangerous, and the cradle of an advanced alien civilization. You take the role of Cuttter Slade, ex-Navy SEAL, in an open, lush and living world where all choices have consequences on the balance of the world. Welcomed by natives as the “Ulukai” – a messiah of an ancient prophecy – you confront the formidable soldiers of a bloodthirsty tyrant by using a devastating arsenal of evolving weapons. To save Earth, you must save Adelpha: the destiny of both worlds is in your hands.

In the near future, humanity has discovered it is not alone in the universe, or rather universes. Alas, the first contact with intelligent beings turns disastrous when a probe sent by the US government is destroyed by the natives of a world called Adelpha. The incident creates an energy cataclysm which threatens to destroy the Earth. You are Cutter Slade, a former elite soldier sent on a mission to Adelpha to prevent this catastrophe.

Outcast – Second Contact is the complete remaster of the cult game Outcast for the new generation of gaming machines. As the first open, 3D world in the history of video games and a true pioneer in the action-adventure genre, the original game won over 100 awards including adventure game of the year.

Outcast – Second Contact will be available this Spring on PlayStation®4, Xbox One and PC.