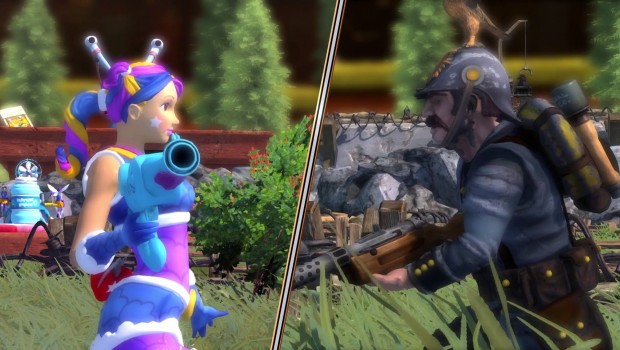 Summary: Toy Soldiers: War Chest isn't a bad game by any stretch of the imagination, it's just probably not worth adding to your collection

If you’re not familiar with tower defence games, Toy Soldiers: War Chest is the perfect introduction into the genre. It is the third installment in the series, developed by Signal Studios and published by Ubisoft.

Toy Soldiers: War Chest is incredibly simplistic and easy to get into. The tutorial introduces you into the games mechanics by letting you play through a series of waves where enemy units attack from multiple directions. You’re objective is to simply defend your toy box by setting up turrets in specific locations, with your defensive strategy alternaternating to counter what kind of enemy unit is advancing on you. A countdown timer to the right of the screen gives you ample time to prepare for the next attack, and informs you what is approaching. 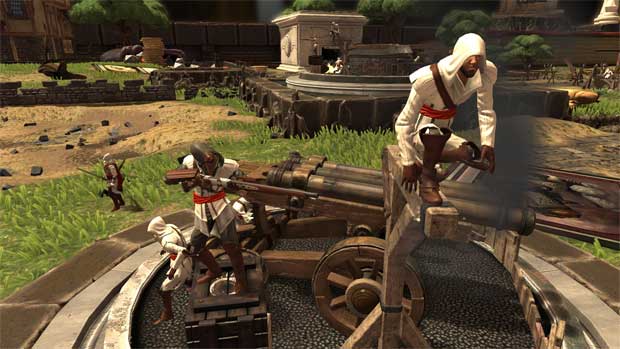 Enemy units vary between Infantry, Armoured, and Aerial. Since each wave continuously changes, you have to upgrade, or alter what kind of weaponry you have defending specific parts of the battlefield. Turrets can be customised by adding sandbags for defence, or upgrading the ammo. While battle is in full swing, you are continuously earning money which you can spend on better turrets or repairing them.

The ability to man the turrets is a cool feature that adds an extra dimension to the game. If you wipe out enough of the oncoming enemy forces, your attack meter charges allowing you to take control of one of the many toy heros you can choose from such as He-Man, or call in a bomb strike from a zeppelin. The enemy AI performs well enough. I wouldn’t say I was blown away by how it performed, but it is worth noting that if you make an avenue impossible to infiltrate for the enemy, the AI is smart enough to look for other possibilities. 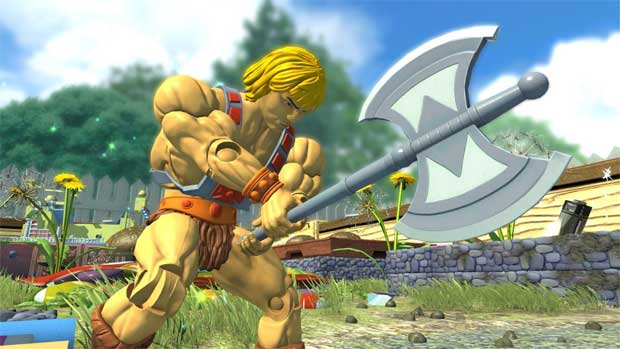 The single player campaign can be spiced up by giving you the option of a two-player local co-op. Also, you can have up to four players online engaged in battle. The online modes perform solidly enough, and add some much needed longevity to the game.

As accessible and easy to play Toy Soldiers: War Chest is, unfortunately the game quickly becomes rather repetitive and dull after you have cleared three or four of the campaign missions. Nothing really grips you throughout the campaign that motivates you to actually want to progress. Granted, if you’re a fan of action figures and toys, it’s quite rewarding in the sense you can unlock a variety of figurines to use. 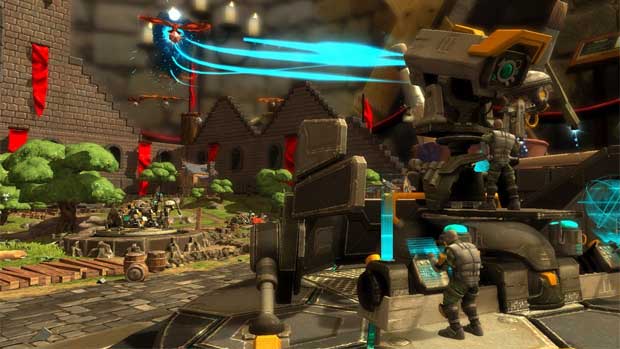 In addition, the game is rife with microtransactions, with the option to purchase licensed characters from Masters of The Universe, GI Joe or the Assassin’s Creed franchises. The Hall of Fame edition of the game has all the characters included from the off, but for double the price of the standard edition, I don’t recommend purchasing it.

The biggest disappointment with Toy Soldiers: War Chest is the lack of any soundtrack while in battle. A decent soundtrack would have certainly made the experience of playing the game more enjoyable. The sound effects are good enough, without being spectacular. Graphically, the game isn’t anything that overly impresses. The presentation isn’t horrific, it’s just as mundane as the overall playing experience. 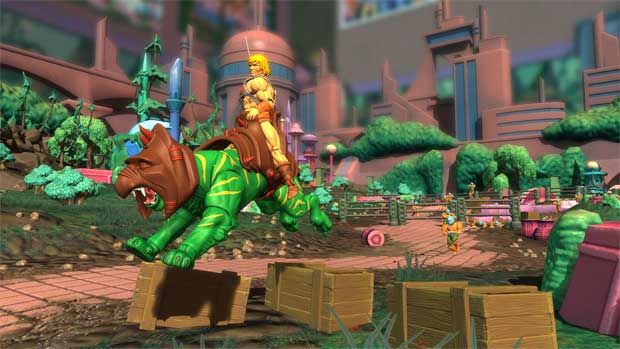 The best aspect of Toy Soldiers; War Chest is its accessibility, you can pick it up with having no prior experience playing tower defence games. On the other hand, if you’re somewhat used to the genre, I don’t think this game is going to offer you anything new, and it certainly isn’t a competitor to classic games in the genre like Bloons Tower Defense 5.

Overall, Toy Soldiers: War Chest isn’t a bad game by any stretch of the imagination, it’s just probably not worth adding to your collection. 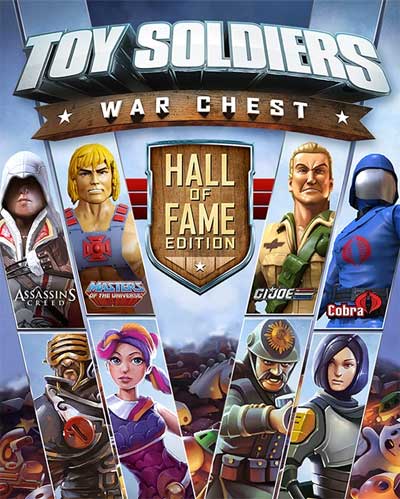