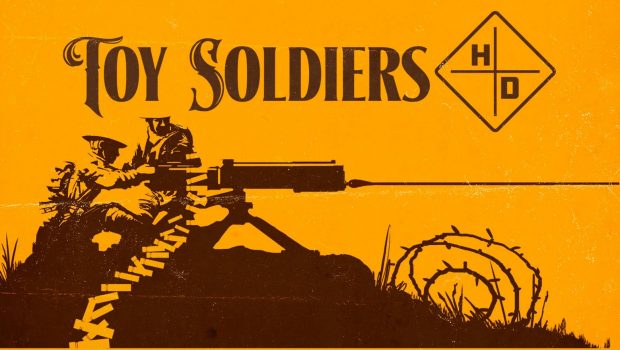 Summary: Sometimes the nostalgia is worth opening this old toy box.

I have fond memories of booting up Toy Soldiers on my Xbox 360. As a fan of tower defense games, the concept of waging classic world war battles on a collectable figurine toy box sounded fresh and fun. With a great opportunity to reach a new fanbase and garner some newfound interest in the franchise, Toy Soldiers has graced Nintendo’s platforms for the first time ever with an HD remake. About 13 years after its original release, Toy Soldiers HD still allows you to gleefully blow up countless toy armies into tiny little pieces, but unfortunately does very little to impress in the “HD” part of its title. 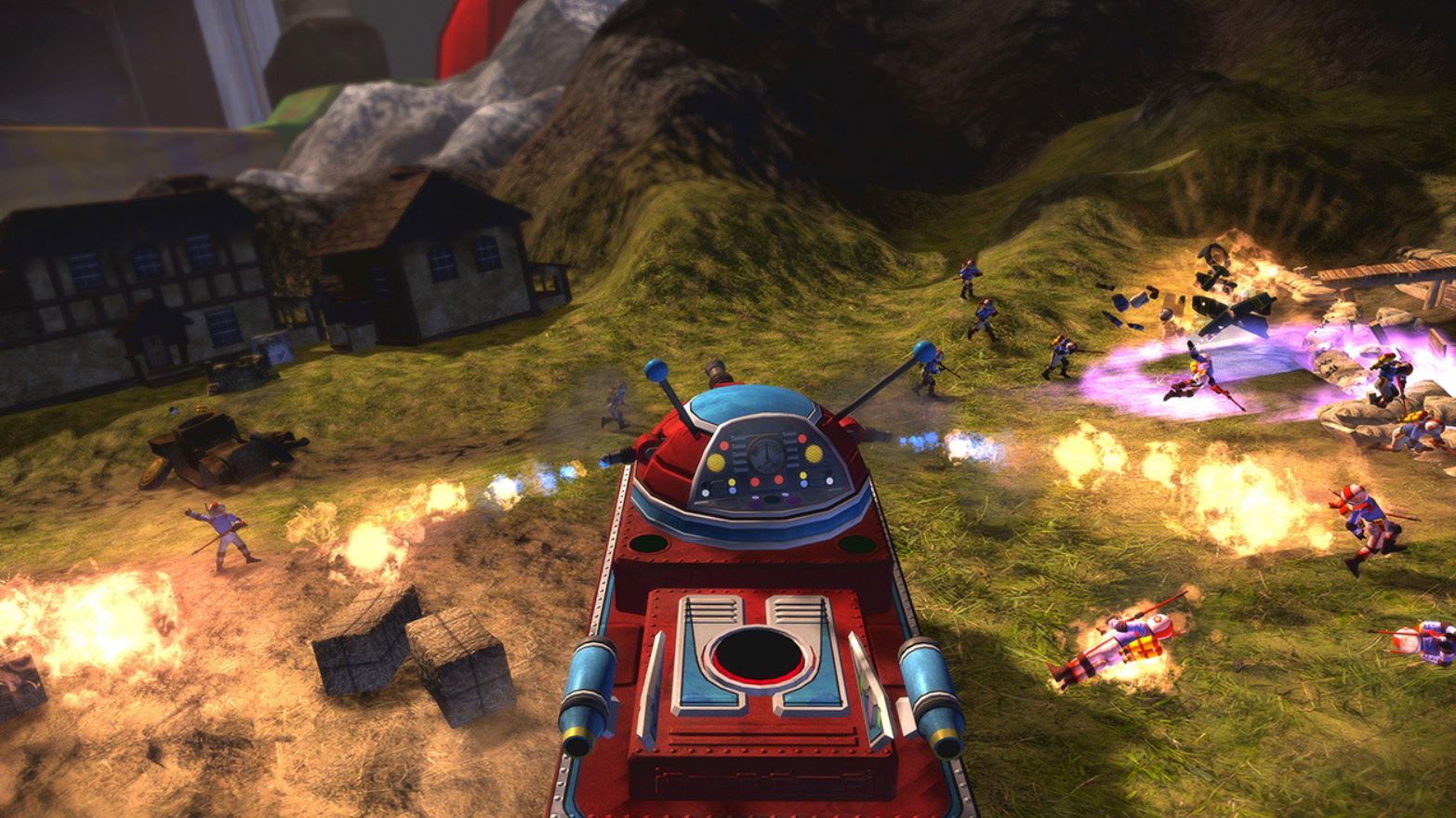 The gameplay of Toy Soldiers HD hasn’t changed from the original. In classic tower defense fashion, you place towers in the form of machine guns, mortars, and various other forms of weaponry as you face off against waves of plastic soldiers, tanks, and planes. As your allied towers defeat enemies, you net cash which allows you to purchase new towers or upgrades for your current ones. There are over 20 levels to conquer in the game’s campaign mode, containing all the game’s previous DLC. Every level takes you to a different toy box with each one drawing inspiration from real-life WW1 battles. Unlike many other tower defense games, Toy Soldiers actually lets you take control of your towers and even encourages it with bonus cash awarded for slaying enemies in rapid succession. Getting behind a machine gun and mowing down enemy troops never gets old, and seeing bonus multipliers pop up on the screen to reward your accuracy only makes it more satisfying. 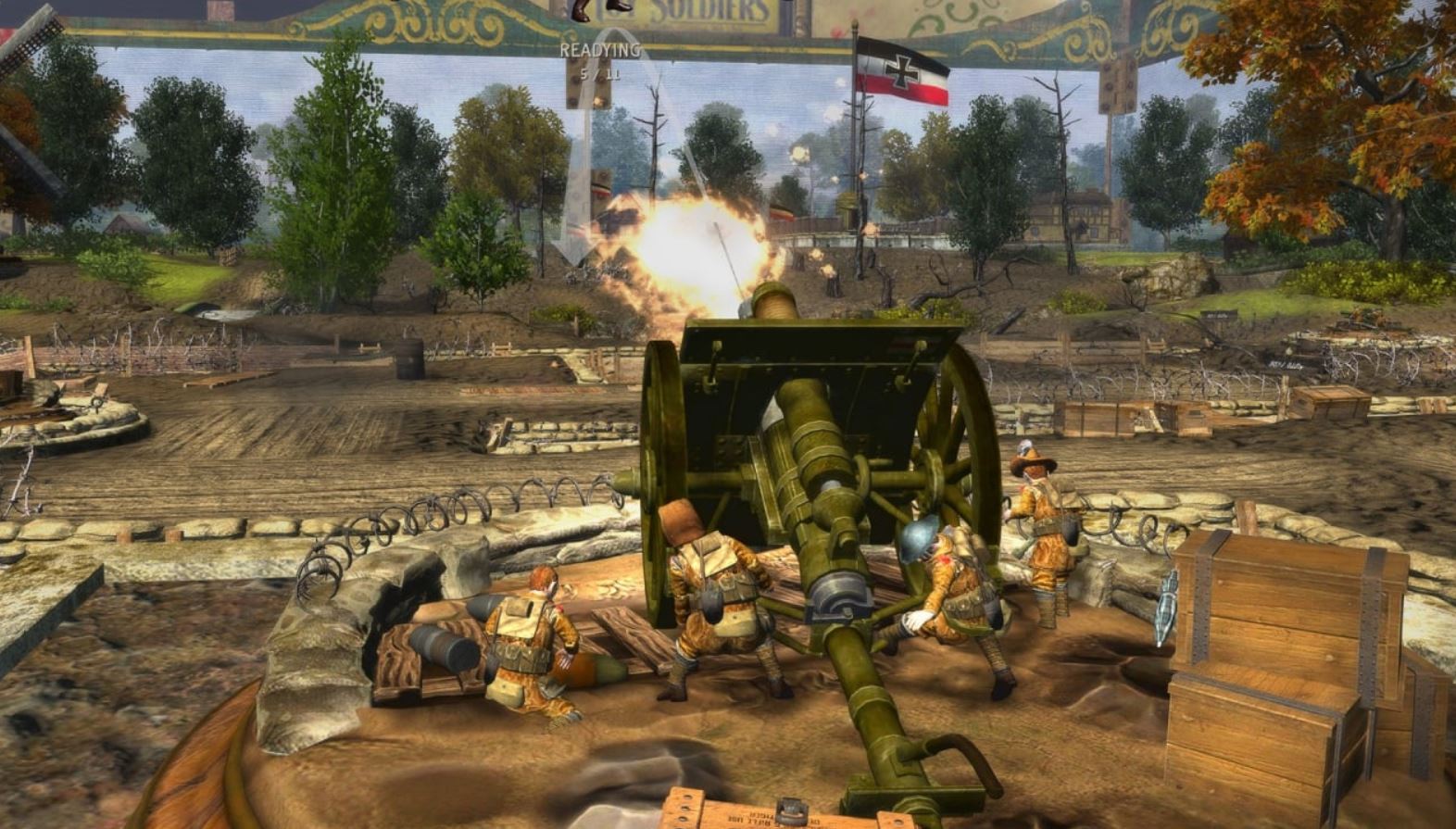 One thing that I don’t remember from the original is the game’s “Normal” mode being so difficult. Just a few levels in, I had to retry the same level multiple times only to barely squeak through a victory. The levels in later stages seemed were unfairly difficult, I ended up putting the game on the easier “Casual” difficulty just so I could see what the rest of the game had to offer. This was disappointing since I typically love a challenge, but the differences were so vast between the two difficulties that I didn’t dare even try anything more difficult than “Normal” in fear that it would be too difficult to enjoy. For example, a boss in the middle of the campaign seemed impossible on “Normal” as no matter how many times I tried to change my tactics, the boss seemed like the ultimate bullet sponge. However, once I switched the level over to “Casual,” I defeated the boss in mere seconds with no struggle at all. The two difficulties seem like night and day, with one being too easy and the other making me want to pull my own hair out. Who knows? Maybe I’m just bad at the game, but I don’t think I’m that bad. 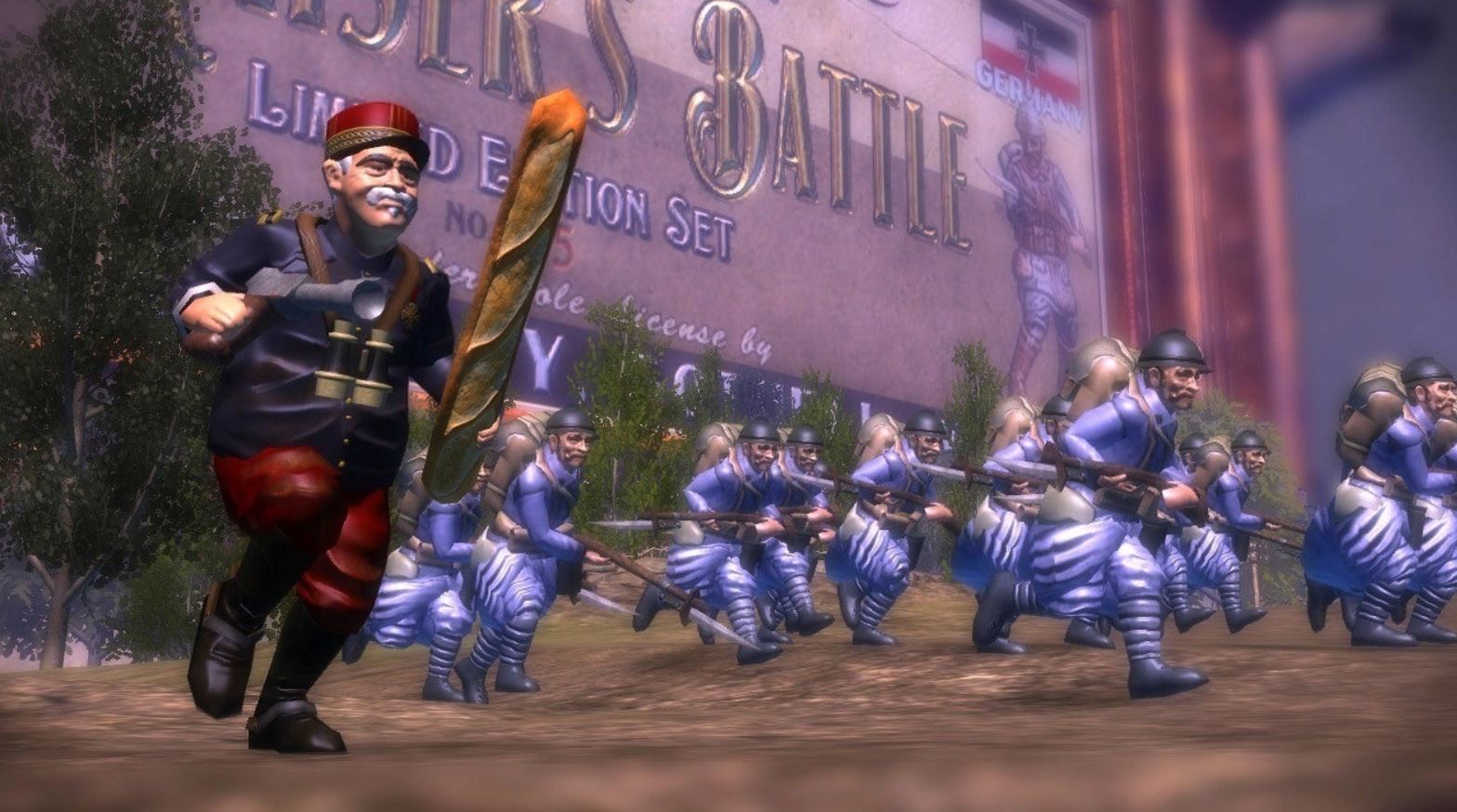 While the gameplay is largely unchanged for good reason, it’s unfortunate that the visuals seem generally untouched. In fact, the Nintendo Switch version may seem like a small downgrade from the original with muddy looking environments (literally and technically), lackluster lighting, and frame rate issues. The game allows you to zoom in and out of the action a bit, but I found that zooming out and enjoying a bird’s eye view of the chaos was more pleasing to the eye as the more you zoom in the more it looks dated. The frame rate also seems to take a dive whenever things get too hectic, which typically isn’t a huge issue with a tower defense game as you’re mostly just watching your towers fight while you wait for the next wave. But in a game where you’re encouraged to take control of your towers, the uneven frame rate can get in the way especially when trying to aim precisely. I noticed this the most when getting behind a plane, where the frame rate was so choppy at times that during dogfights it seemed like I was fighting the controls more than enemy planes. 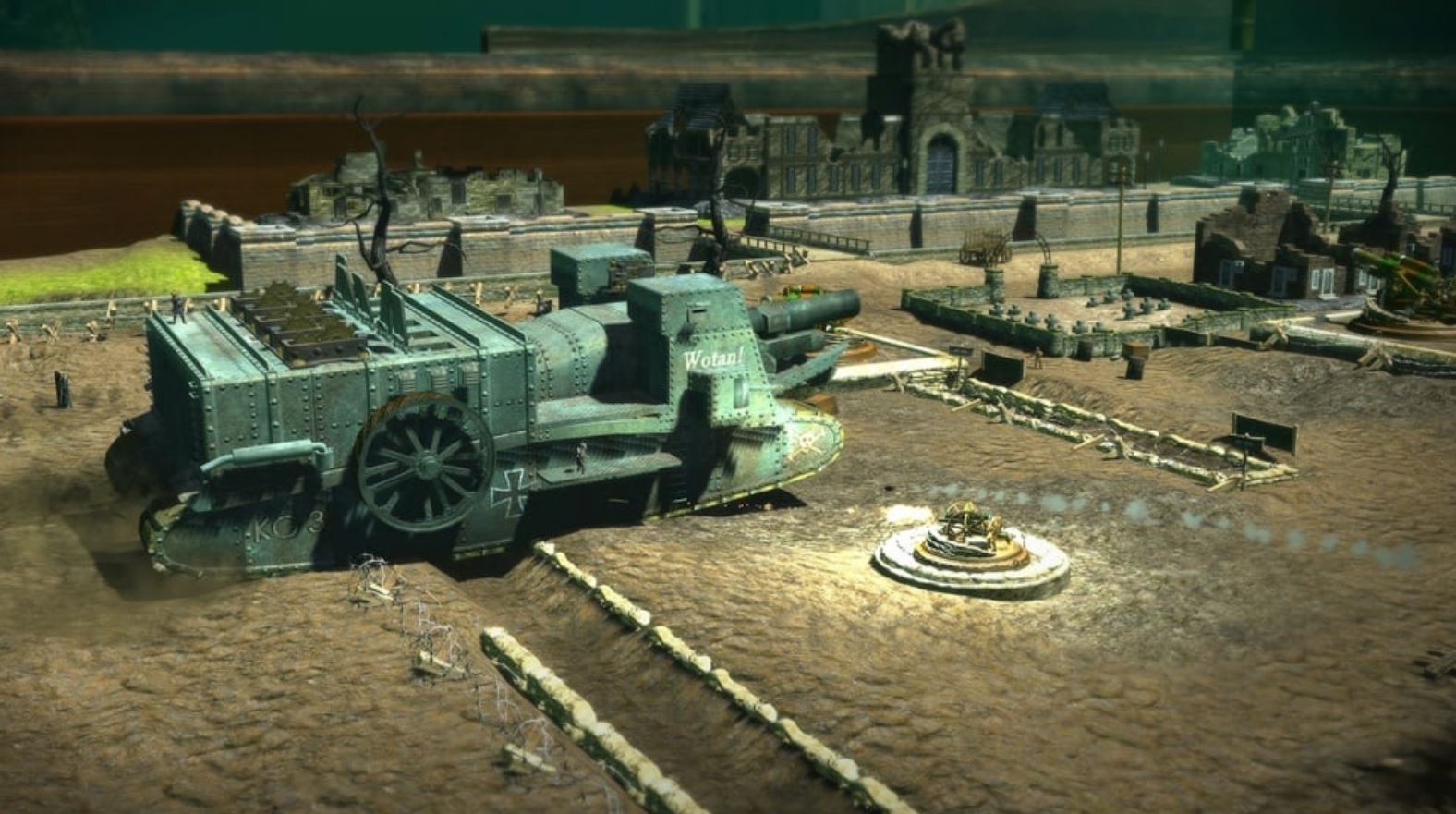 Toy Soldiers HD is a tough one to recommend. The game hasn’t really changed for better or worse, making it both fun to revisit while being a bit ugly to look at. Most of the time the game is fun enough to ignore any of the graphical shortcomings or the frame rate issues, but sometimes the difficulty spikes can be a bit discouraging. Overall, this is a barebones HD remake that could’ve used some more fine tuning especially in the graphics department. Here’s to hoping this unique franchise can be revitalized in the future but, as for Toy Soldiers HD, this battlefield has seen better days. 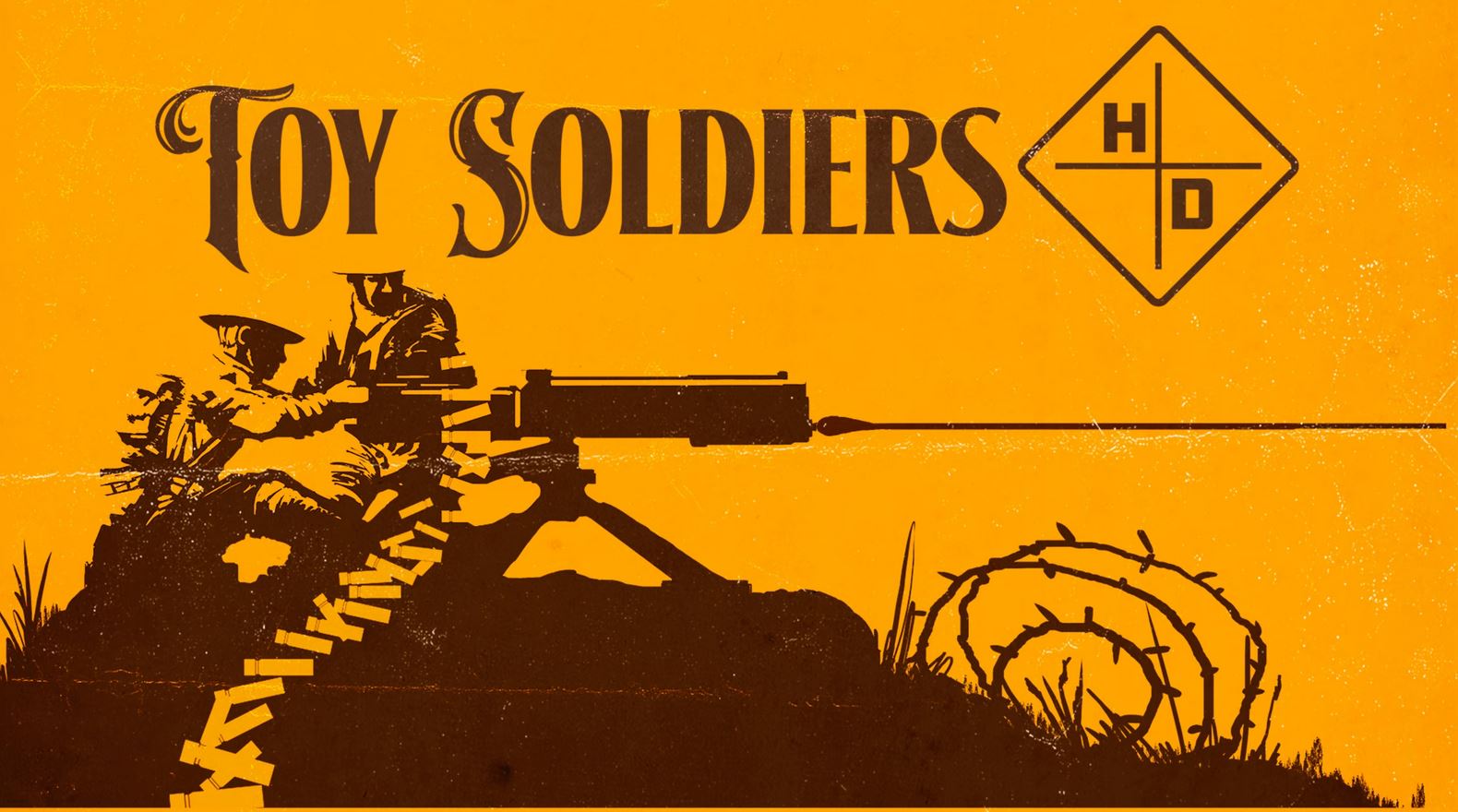 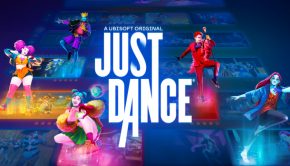