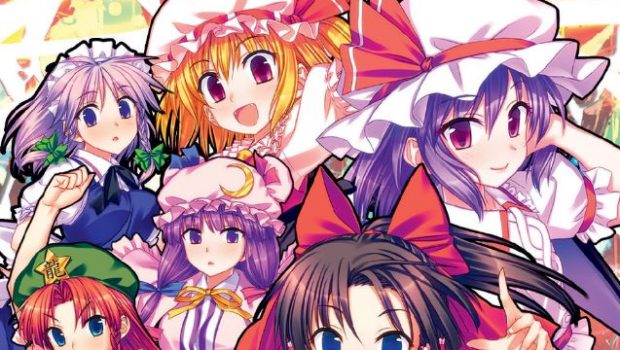 NIS America is happy to announce that the 3D Shoot ‘em up fighter Touhou Kobuto V: Burst Battle will be coming to the PlayStation®4 (physical and digital) and PlayStation®Vita (digital-only) on 30 June, 2017 in Australia and New Zealand. The PlayStation®4 version of the game will also be compatible with PlayStation®VR for the ultimate immersive experience!

About the Story:
Reimu is spending her time at the Hakurei Shrine like any other day until a few people visiting the shrine spoke of rumors that a vampire is joining forces with the yokais to assault human beings. Concerned, Reimu steps up and goes to the Scarlet Devil Mansion to investigate the vampire.

What mysterious figure is behind all of these escalating attacks…?

Touhou Kobuto V: Burst Battle is a bullet-hell battle game that takes place in the Touhou universe. Take control of one of nine Touhou characters and eliminate your opponent using bullet-hell patterns, melee attacks, or spell cards! Featuring ear-tingling beats for each character, you might just find yourself dancing while you play!
Key Features:

Return to the World of Touhou – Jump back into the world of Touhou and play as some of your favorite characters in a brand-new 3D square arena.

High-flying Combat – Outwit your opponent by taking your bullet-hell battles to the sky! Perform dashes, double-jumps, and mid-air dashes to avoid bullets and demoralize your opponent!

Climb the Rankings – Compete at home with friends, or online against everyone to climb the rankings and become the ultimate Touhou fighter!