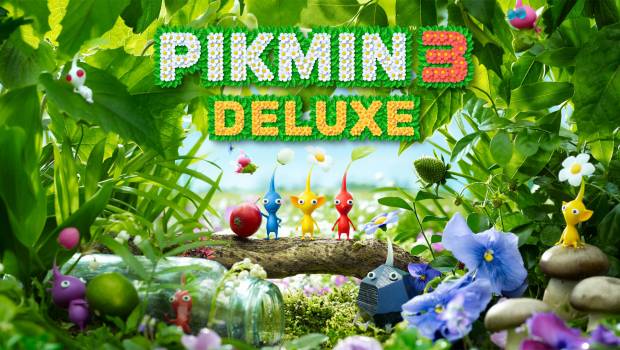 Touch Down On A World Rich In Adventure In Pikmin 3 Deluxe, Out Now On Nintendo Switch

Take control of three brave explorers on a mission to save their world in Pikmin 3 Deluxe, available now for Nintendo Switch. Along the way, our heroes will be joined by an army of the adorable Pikmin – tiny ant-like creatures that come in a variety of colourful types, each with its own unique set of abilities. With the full story now playable in two-player co-op, brand new prologue and epilogue missions and an unlockable “Ultra Spicy” difficulty mode, Pikmin 3 Deluxe is a grand adventure with plenty to offer both series veterans and newcomers alike. Budding explorers can also experience the game’s Story and Mission modes in a free demo version of the game, available to download from Nintendo eShop.

Pikmin 3 debuted on Wii U and is now making the leap to Nintendo Switch. Pikmin 3 Deluxe includes all the content that was released as DLC for the Wii U version, along with the following new additions:

Take command of a crop of tiny creatures and explore a hostile planet in Pikmin 3 Deluxe, available now for Nintendo Switch. A free demo version of the game is also available to download via Nintendo eShop.