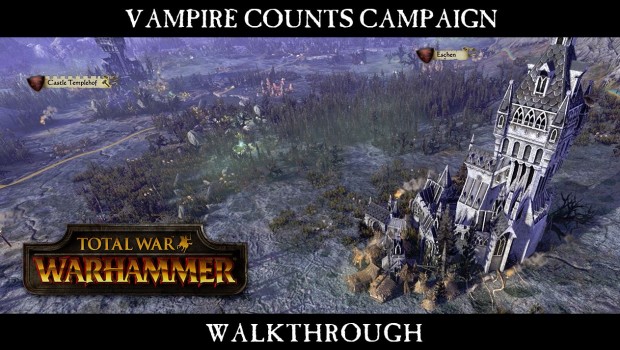 Creative Assembly have unveiled more new gameplay from Total War: WARHAMMER, focussing on the Vampire Counts and some of their unique gameplay mechanics, technology and battlefield units.

This new video also provides an in-depth look at the Raise Dead recruitment mechanic, and how it improves as the corpse-count rises and the bodies stack up…

With dev commentary, this Campaign Walkthrough also introduces the Master Necromancer Heinrich Kemmler, and examines some of the most powerful abilities in the Vampire Counts’ arsenal.

A fantasy strategy game of legendary proportions, Total War: WARHAMMER combines an addictive turn-based campaign of conquest and empire-building with explosive, colossal, real-time battles, all set in the vivid and incredible world of Warhammer Fantasy Battles. Total War: WARHAMMER will release on 24th May 2016 and is available now to pre-order.