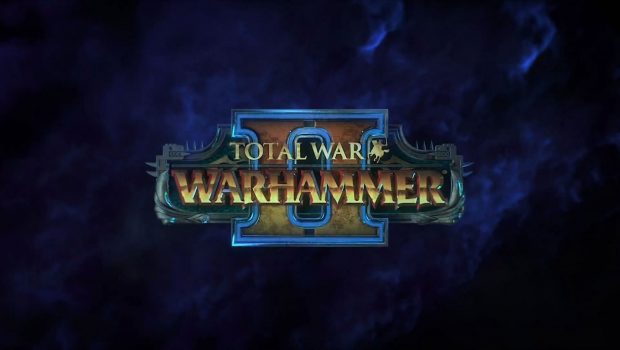 Summary: Play how you choose – delve into a deep engrossing campaign, experience unlimited replayability and challenge the world in multiplayer with a custom army of your favourite units. Total War: WARHAMMER II offers hundreds of hours of gameplay and no two games are the same.

A few months ago the original Total War: Warhammer captured the singular honour of replacing Sid Meier’s Civilization 5 as the most played game on my Steam list. I enjoyed the hell out of it, and I still haven’t been through the full roster of armies and scenarios available (I’m still too nice of a guy to play as the Chaos Warriors). Now just over a year since developers, Creative Assembly dropped TW:W, we have Total War: Warhammer 2. Global fantasy Armageddon can start all over again. 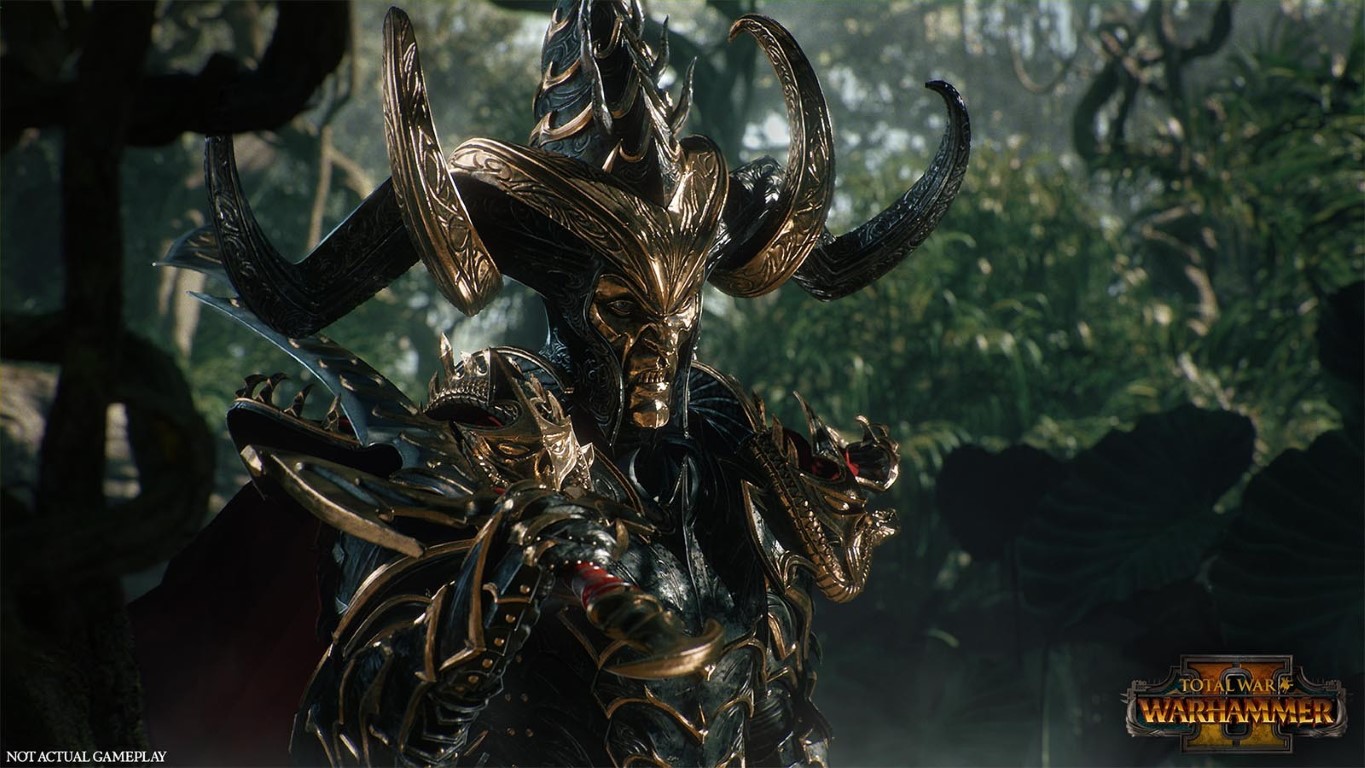 If I was being cynical, I’d say TW:W2 isn’t so much a new game, more like the most awesome DLC package for TW:W1 conceivable. But honestly, it’s a lot more than that. If you’re new to the Warhammer Fantasy Battles world, just imagine Middle-Earth on crack. It’s a fantasy realm where every race and faction is locked in constant animosity and on the brink of war. Everyone is jostling for territory, money and world control. In TW:W2, we move from the Olde World (a fantastic pseudo-Europe) to the New World (a fantastic pseudo North and South America). There are four new races to play, and within each race, several different leaders to choose. Each has their own unique abilities, objectives and play styles. Firstly we have the High Elves; snooty, beauty-loving and highly-organized, their armies are small but disciplined. A single spear-wall can repel a huge horde of orcs or goblins. The High Elves prefer cooperation and intrigue to out-and-out confrontation, and if you play as them you be surprised how much you’ll achieve using their ‘influence’ ability alone. 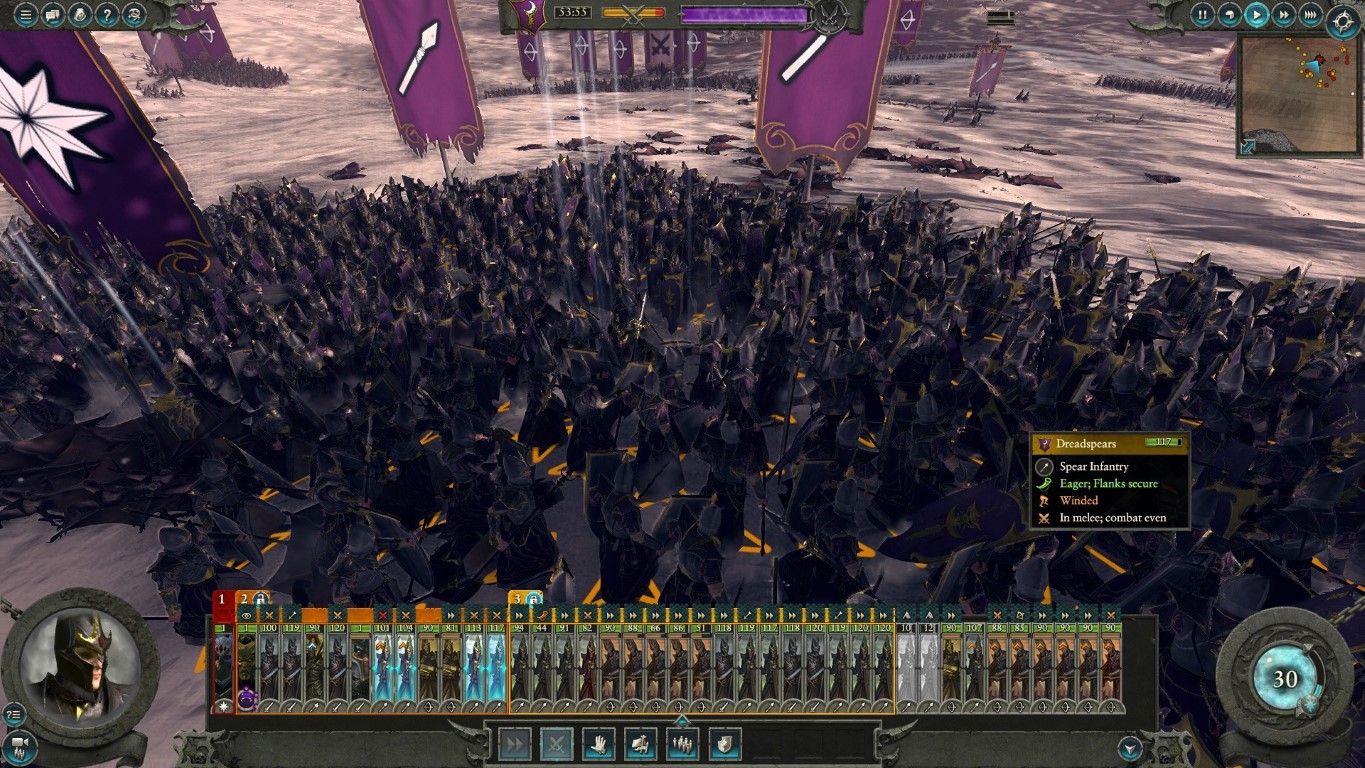 The next is their counter-race, the Dark Elves. These are cruel, sadistic and sensuously depraved beings, in a last-days-of-Sodom kind of way. Dark Elves prefer assassinations, sneak attacks, and monsters, and their femme fighting forces whip themselves into frenzy and bloodlust on the battlefield the more damage they take.  The third race are the ancient, orderly and magic-loving lizardmen. Led by a very Jabba the Hutt looking leader, they use a heady mixture of dinosaurs and sorcery to win the day.  Finally (and in what seems the fan favourite) you have the Skaven. These rat men are the most insidious of all the Warhammer races. They use disease, pestilence and magical abominations to do their dirty work, and attack with everything from giant mutants to acidic warp-stone weaponry. I could devote pages to how crazy the Skaven are, but let’s just say look out for one of their coolest siege weapons, the doom-wheel, a wild, deadly hamster-wheel that satisfyingly ploughs through enemy lines. 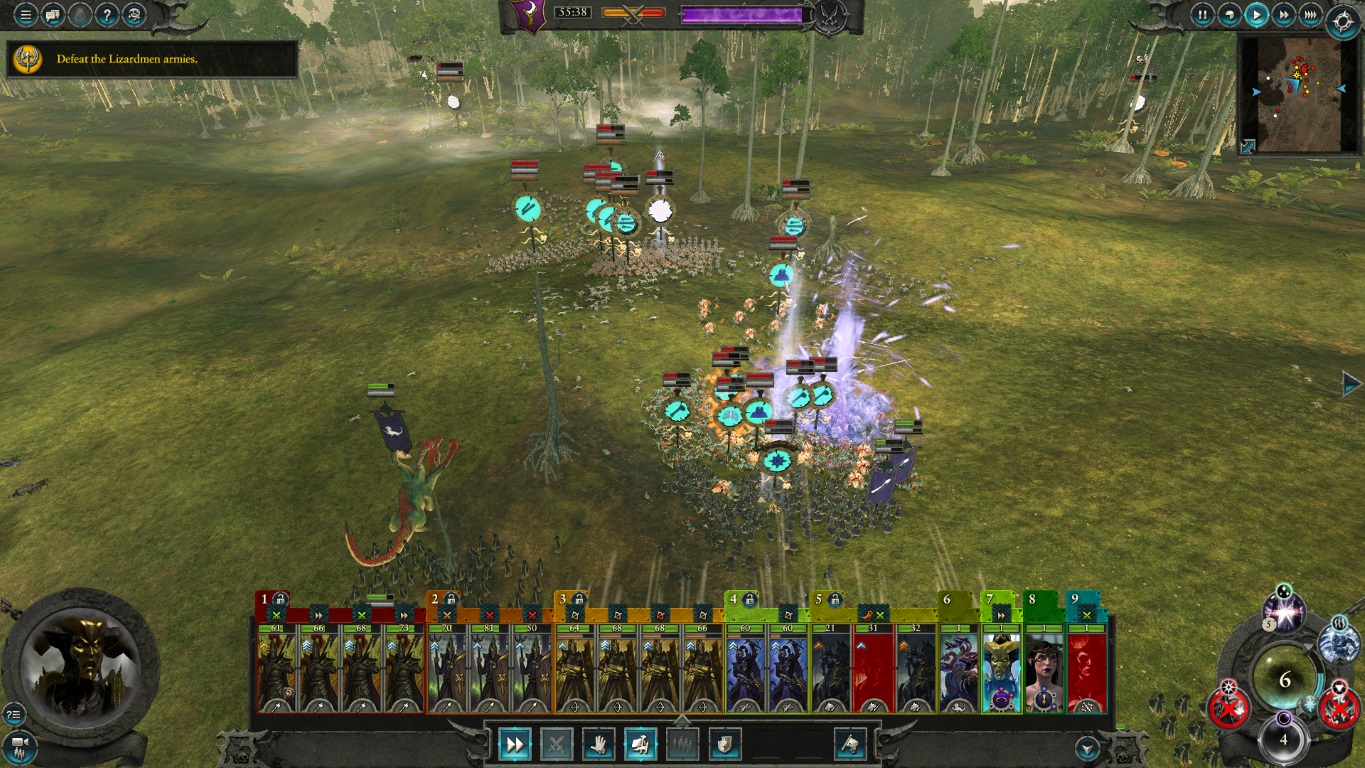 The game itself is basically of two halves – one a turn-based open-world campaign, and the other tactical real-time battles across its fantastical landscapes. You move your armies around the map just like the RISK board game, slowly capturing land, cities, outposts, finding treasure, completing quests, and confronting unique challenges. Your foes are doing the same, and you’ll soon run up again each other, engaging in Napoleonic-style field battles which are a dizzying mix of knowing your enemy, knowing yourself, and intense micro-management. The single-player campaign can be tackled one of two ways; the first is more traditional approach of just dominating the map, wiping out the other races, and capturing more land than anyone else. The second is unique to TW:W2 – the Great Vortex. 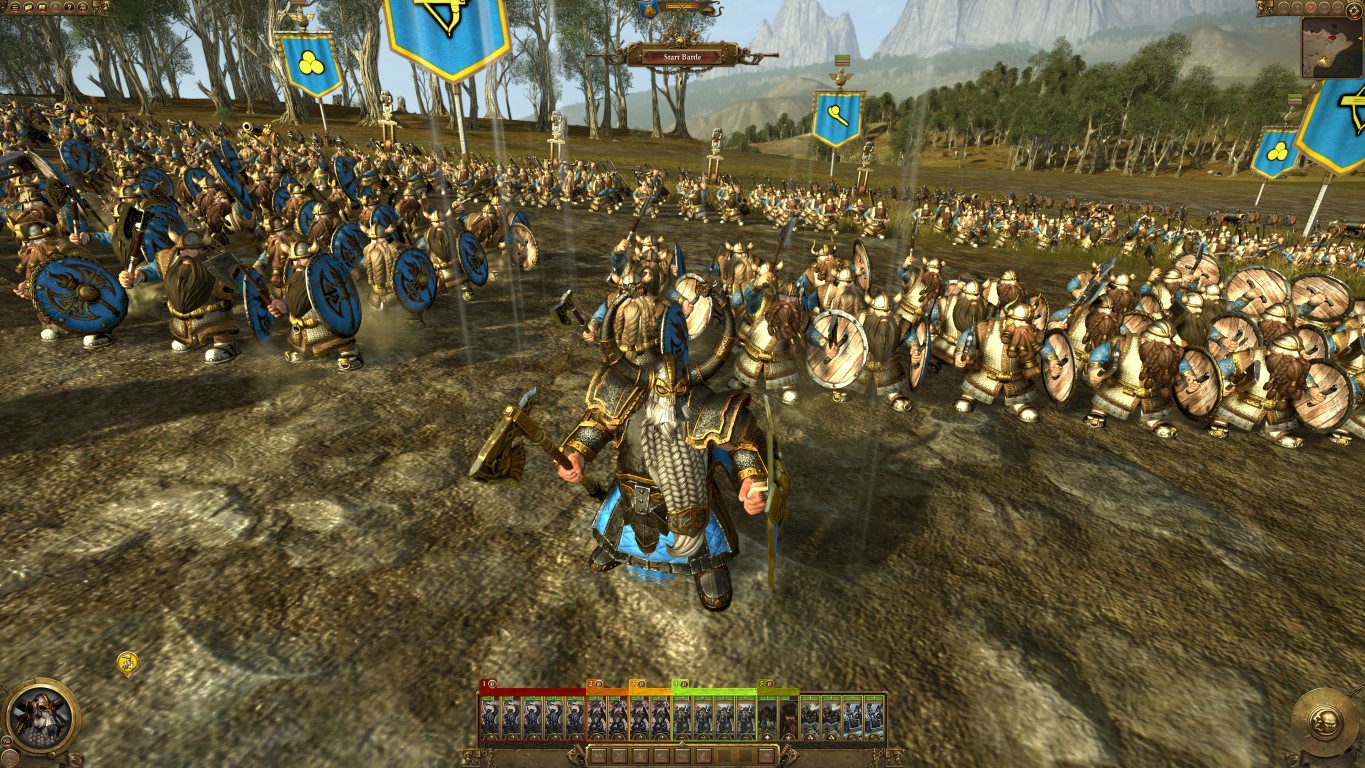 The Great Vortex is a giant swirling sky-beam that sits in the heart of the High Elf nation. It is apparently a siphon to vent chaos-energy out of the world and shoot it off into space. Sort of like a cosmic exhaust port. Too much chaos energy in the world creates unstable magical results and the rise of Chaos itself (aka a psychotically-evil insanity that infects the mind and causes you to join armies of fellow-rampaging lunatics). However whomever controls this vortex controls the world itself (I guess because they control all the magic?) so the alternative goal of the grand campaign is complete several rituals which allow your faction to bring to Vortex to heel. This involves running all over the map, completing quests and collecting goodies which make these rituals possible. Of course everyone else will be sending armies to do the same, not to mention the Chaos gods sending their minions to add their two cents. 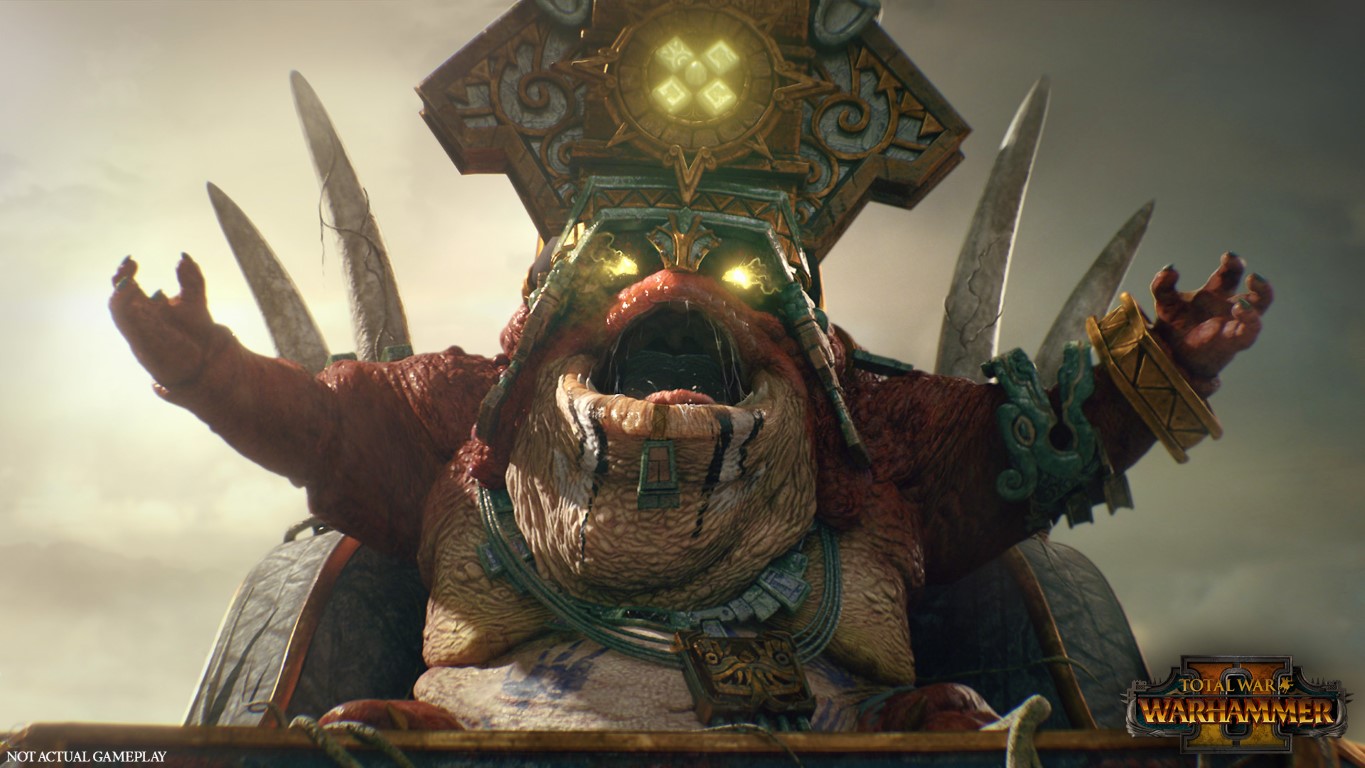 Thus playing as one of 8 Legendary Lords across 4 iconic races, players must succeed in performing a series of powerful arcane rituals in order to stabilise or disrupt The Great Vortex, while foiling the progress of the other races. Each Legendary Lord has a unique geographical starting position, and each race offers a distinctive new playstyle. Graphics and sound are only slightly improved from the original, so don’t expect to be blown away in that regard, however TW:W1 was a very pretty game to begin with, so you got nothing to complain about either. 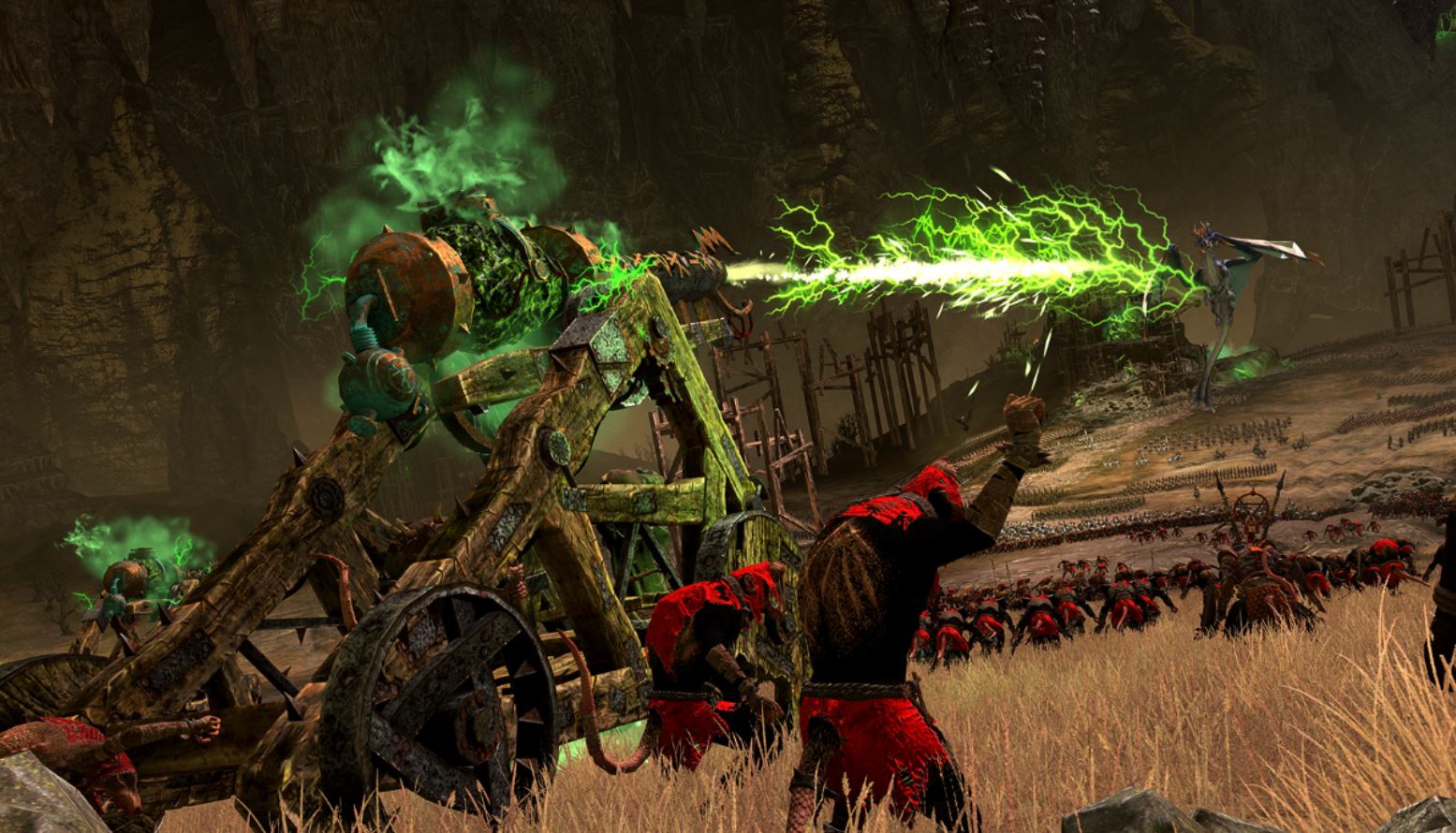 The multiplayer side of the game is just simple PvP; you’re each allocated points to buy armies and then you set upon each other on a battlemap. There’s still some work to do here for Creative Assembly to flesh out something more rewarding, but as a guy who never plays multi anyway, I can’t pretend to care.

In the end, apart from the new setting, races, and campaign, TW:W2 is not too radically different from the first. Mostly just gameplay tweaks, more user-friendly menus, and a few extra options. However again, the first Warhammer game was excellent as is, so Creative Assembly have wisely employed an “if it ain’t broke don’t fix it” policy. Most exciting of all, shortly after launch, owners of both the original game and Total War: WARHAMMER II will gain access to a colossal new combined campaign. Merging the landmasses of The Olde Worlde plus Naggaroth, Lustria, Ulthuan and the Southlands (which make up the second game) into a single epic map, players will be embarking on monumental campaigns as any race from both titles. Not to mention TW:W is a game beloved by modders – just as all sorts of cool extras were created for the first, and I’m betting the second will get plenty of attention too. Of course official DLC arrived regularly for TW:W1, so it likely will for this second game too. 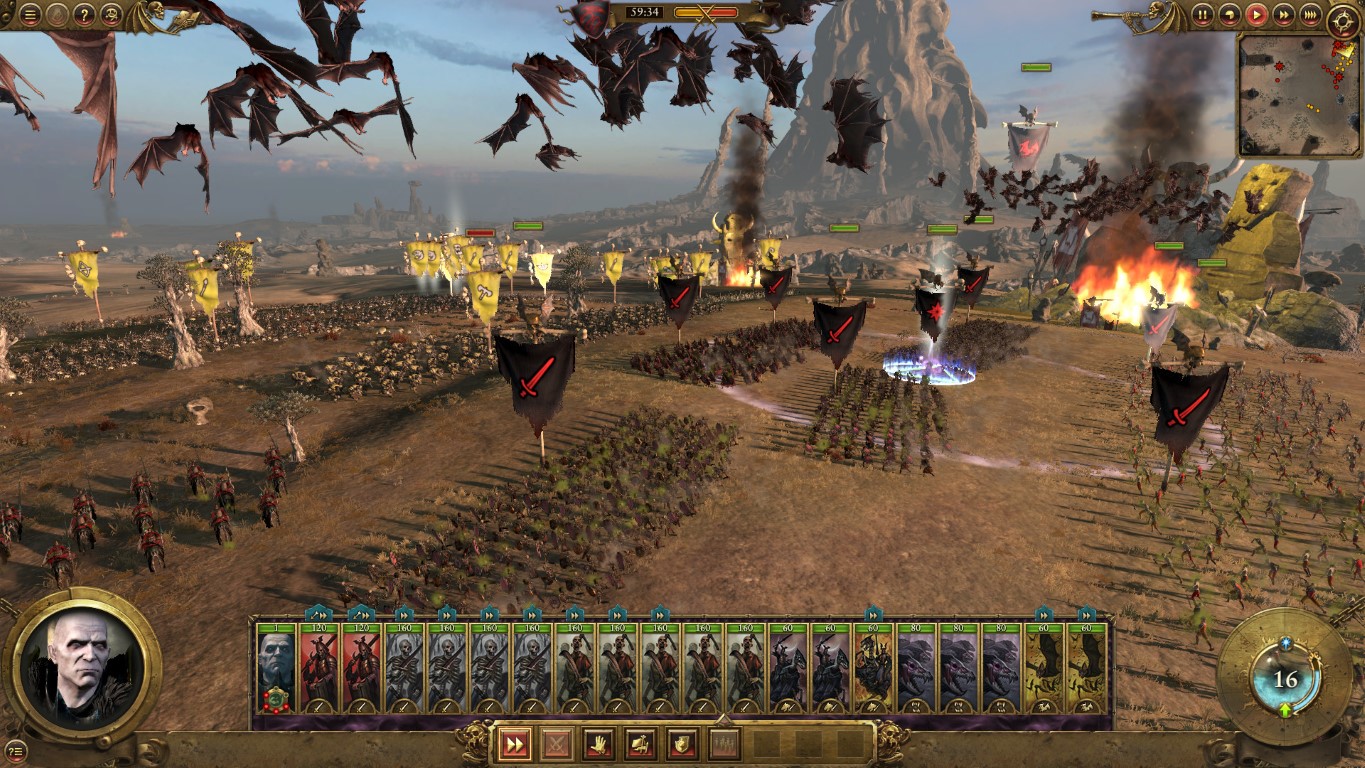 Ultimately Total War: Warhammer 2 is an excellent game. If you’re a fantasy fan, a strategy fan, or just looking to kill a few hundred hours, this is the title for you. It’s a game that’s great now and is only going to get better. 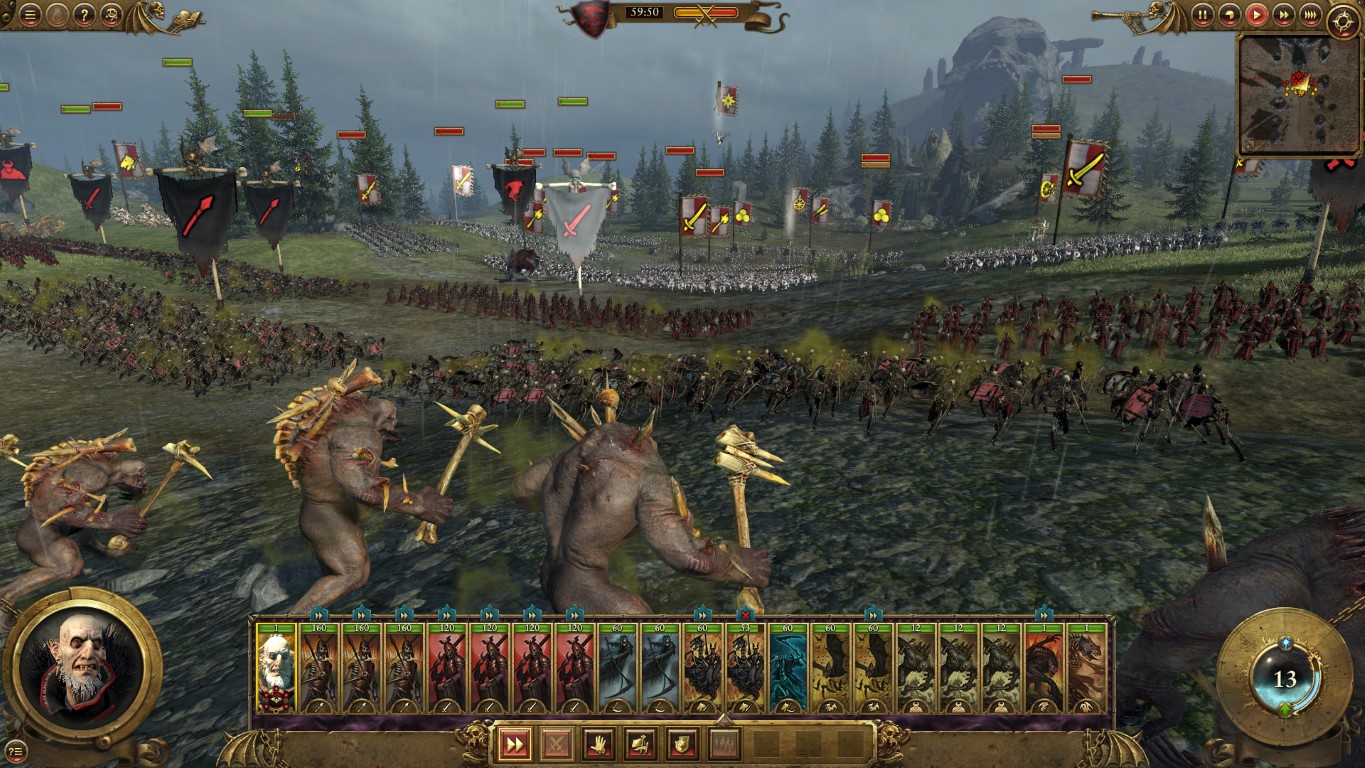