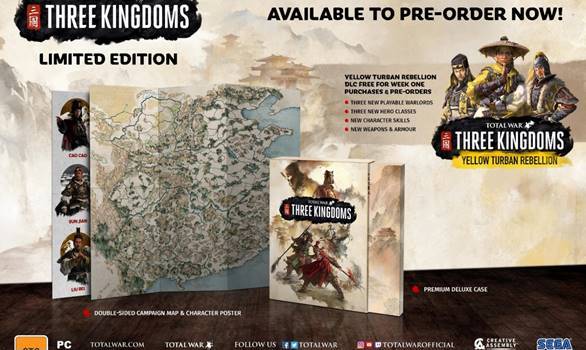 The next historical title in the award-winning Total War strategy series, and the first to explore ancient China as a theatre of conflict, now has an official release date: 7th March 2019.

Learn more about the Yellow Turban Rebellion in the newest trailer here!

The Yellow Turban Rebellion is a Warlord Pack DLC, introducing three new playable Warlords for the Grand Campaign, enabling players to lead armies of bandits, zealots and commoners in a crusade to topple the corrupt Han Dynasty and forge a new future for the people of China.

Total War: THREE KINGDOMS is now available for pre-order from Australian retailers. The game will release for Windows PC on 7th March 2019.

Gamers will also be able to get their hands on the Limited Edition of Total War: Three Kingdoms which features: