Summary: Climb the tower, live and die, and reform and do it again.

No we are not talking about The Toren Hotel in Amsterdam. Here we are talking about the visually beautiful (even with old graphics) Indie game by Brazilian developer Swordtales. The game seeks to engage gamers with its dream like premise, which for whatever reason keeps reminding me of old school games like Myst.

Perhaps it would be the incredible locations as our heroine makes her way through this world, the world’s locations are in fact beautiful to behold. There was obvious love and attention to detail placed in the art of this game.

The premise is there, the odd mysterious background is set and the back story leaves us wondering about what happened, and why some dragon is even bothering with the tower. So it engages us as a gamer to push and uncover it all. 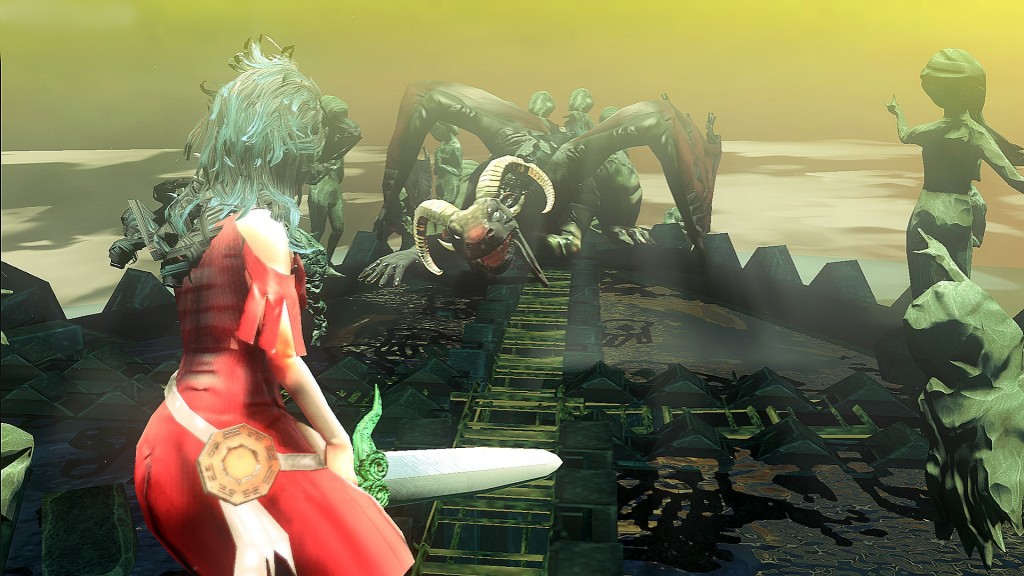 Either way this game will hit that niche audience, ones that don’t mind a shorter gaming experience. Because if played on through, it’s a couple hours long… maybe a tad longer depending on how good you are with the combat and plat-forming here and there.

On the PC at any rate, the movement is not as precise as it could be playing with keyboard. Playing with a controller will bring a better experience not by much… it just awkward movements… though it is doable without. Often you may find yourself hitting two of the movement keys at once to get the right angle and movement needed to get past a certain point.

So, our adventure begins… into a mystic world of sorcery and life and death… and um life again….

We are thrust into this world with the help of, what can only be figured to be some kind of wizard. The Heroine is known as Moonchild and the introduction is disturbing as we see what looks like a new born child laying on the floor amidst blood. Just birthed but how and by what mother? Where is the mother? 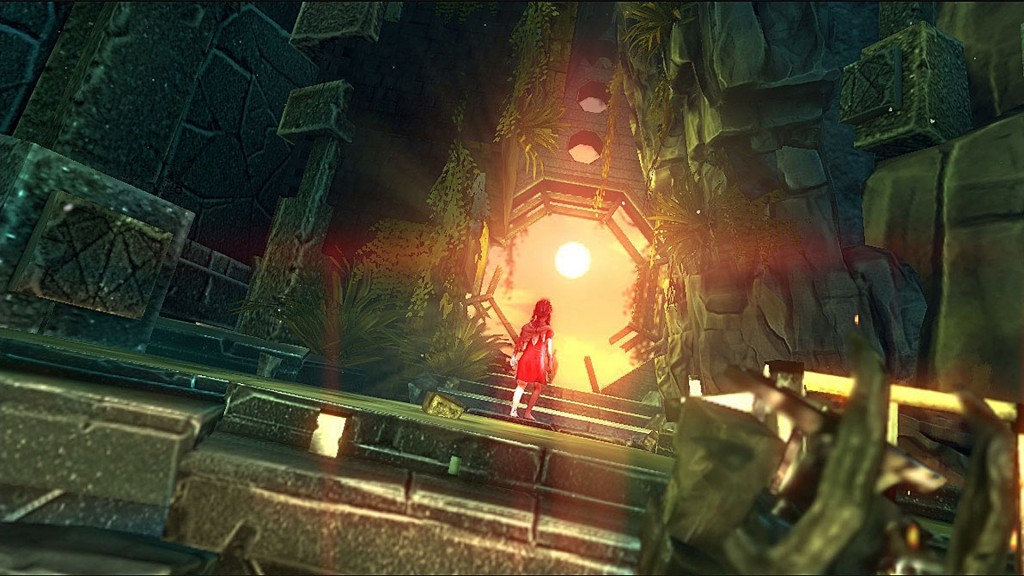 Never fear, somehow Moonchild ages within minutes into a toddler and as the game progresses, in no time a young woman. As she grows into this young woman her abilities also grow… soon she has a sword to defend herself with from foes and perhaps experience… well as much as experience as one can get growing so rapidly.

In Moonchild’s adventures to get to the top of the tower and face the Dragon, there is lite combat, with simple puzzles to solve and some platforming to test anyone’s patience… the patience test is more because of the controls.

The character can die it seems, though they are resurrected again at some kind of huge ritual idol. If Moonchild dies in some kind of statue is left there where she had met her demise. Served as a reminder of the dangers she faces, and an unsettling warning to a player to be cautious… especially in an area where there are many statues.

Not all of the adventure is made in the real world, some of the dream sequences are appropriately strange and beautiful at the same time. Pausing to interact with a meditation idol, we get to go into the dream world to gather bits of wisdom and try to piece things together, not to mention it is also an extra excuse to do some more platforming.

Here also we get to add a bit of frustration since the controls are not overly precise and none more evident as to when we are asked to spread salt along a symbol. Thankfully the game play here is forgiving, and as long as you get it filled up for the most part, it lets you proceed. You know you’re succeeding or close to succeeding certain tasks by the exclamation point that slowly fills up. As it fills you are at the point of finishing the task. This exclamation point pops up at points of interest and things you can interact with. 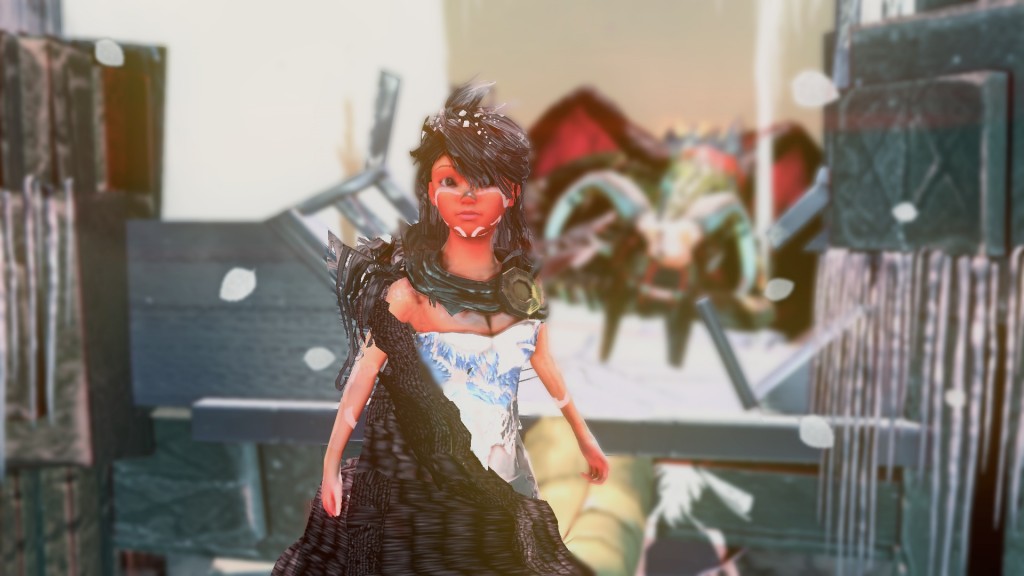 Being such a game of exploration, it’s not always clear on what needs to be done next, this has a sneaky way of having the player have to explore and not just speed through an area. Although there was one room in particular in the beginning that was visited and no point of interest icon popped up no matter what area or part of the area was explored. This really caused a sense and feeling of a huge waste of time for the time spent there. 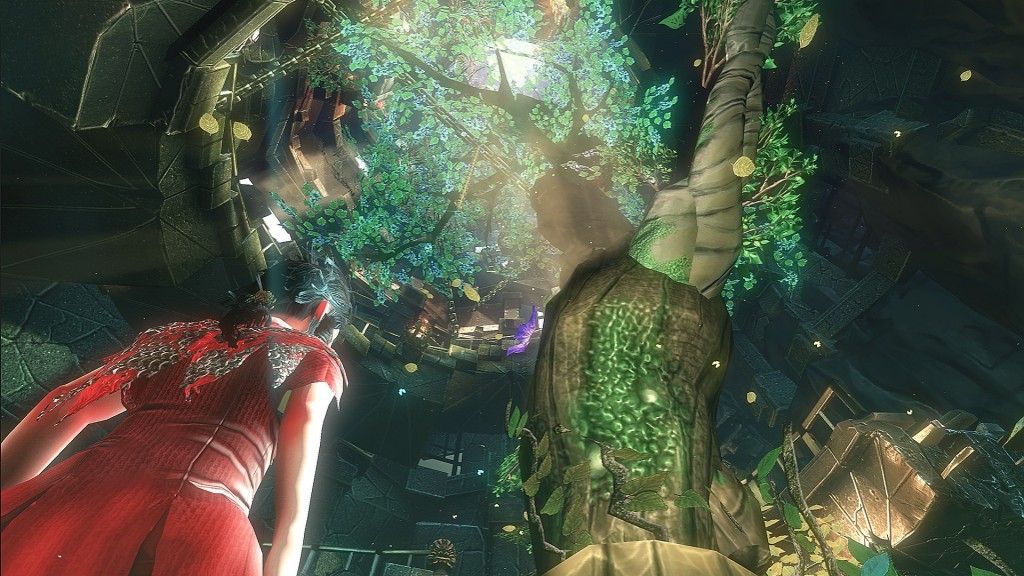 It’s an enigma of a game, its visuals compel you to want to play, to explore and see what happens next, but the game play and delivery… from the controls to the camera view system seeks to sabotage the experience. It’s not a bad game at all, it’s just another game in a crowd. Once played through there is not enough there for a revisit. But there is enough there to visit at least once.