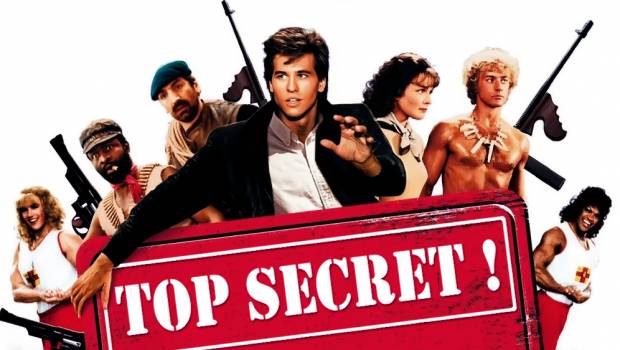 Summary: From the warped minds that brought us Police Squad and Flying High (Airplane) comes Top Secret, visual gags and puns a plenty.

I first saw Top Secret many many years ago and I don’t know that I’ve seen it since but key moments stood out and left a favourable impression. Watching it again (most likely) decades later, I still found myself chuckling at much of the humour.

Probably the easiest way to explain Top Secret is by pointing out that it’s the same team that brought us the classic comedies of Flying High (or Airplane as it’s also known) and The Naked Gun. Top Secret is filled with the same sort of visual gags and silly dialogue that just tickles the funny bone. What Top Secret does on top of all that though is create a sound track that sees The Beach Boys effectively merged with the NRA with songs such as “Skeet Surfin” and “I wish they all could be double barrel guns”. 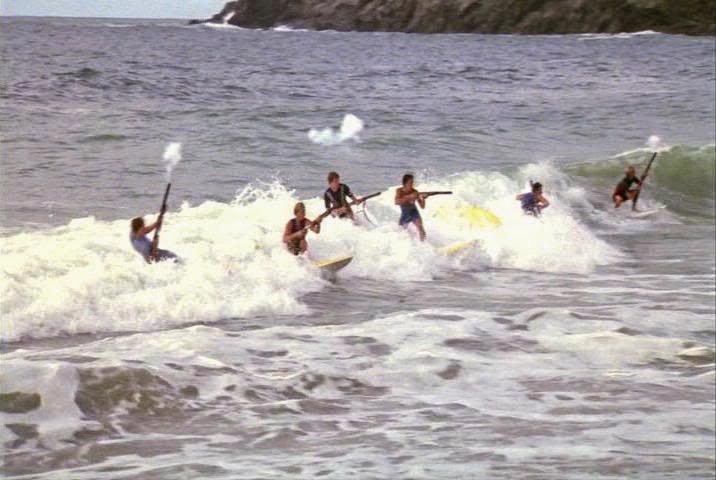 If you ever questioned Val Kilmer’s talent (not sure why you would… but hypothetically), this is a great movie to put your mind to rest. Not only does he dance up a storm in full Elvis style, but he also belts out all the songs (no wonder he got picked to play Jim Morrison later in his career). He has just the right amount of seriousness mixed with the crazy things he has to do and say to really sell it all and that’s not a talent to be understated (all you need to do is look at some similar movies in the genre to see the performers can make or break the whole film depending how they deliver the gags). 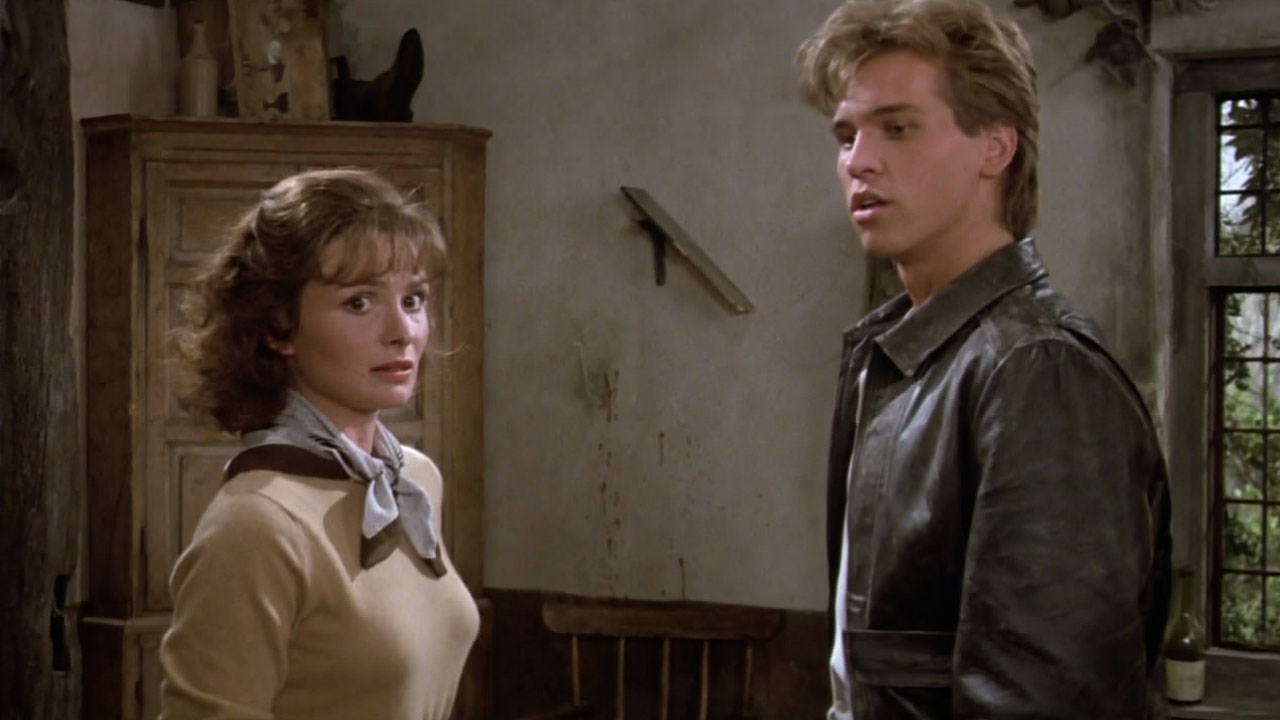 The film actually holds up quite well today too… there are some cultural references that might be lost on younger audiences… but they may have picked up enough from their parents or… grandparents to make sense of some of the gags. The blu-ray copy is quite a good print too… there are the standard elements you’d expect from it’s age (the colours not being quite as vibrant as we are used to now)… but the clarity is quite good, especially considering this is from 1984. The age is what makes the fact there are extra features somewhat more impressive. It’s not uncommon (especially for smaller movies that weren’t throwing a lot of budget into big promotions) to not really have any surviving material to use as extra features, here we have some alternate scenes, storyboard sequences and trailer and also group commentary. 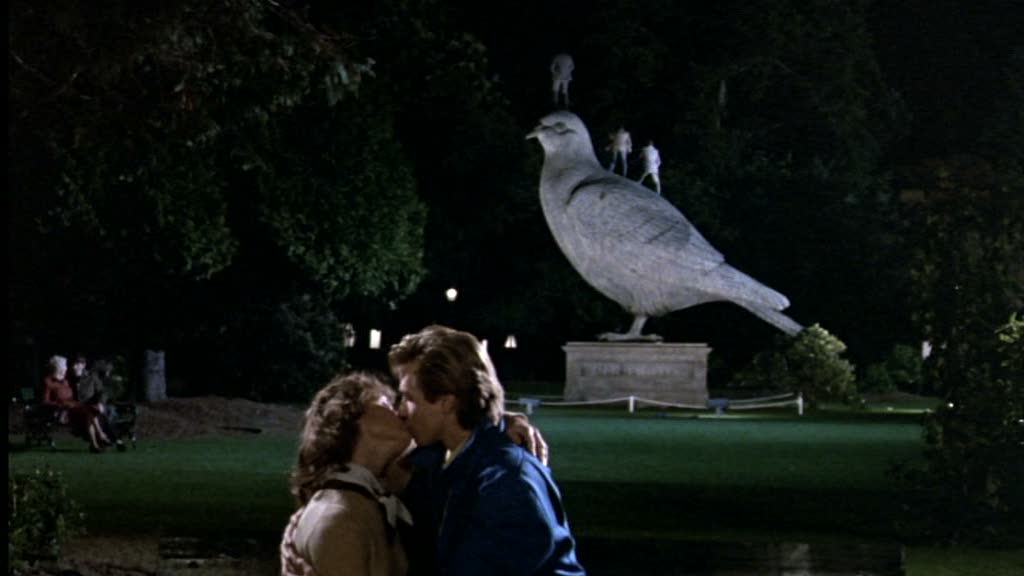 If you are a fan of comedy films, spoofs or even just Val Kilmer this is a great title to get. Perfect for when you need a bit of light entertainment that won’t make you think too much about the world around you.