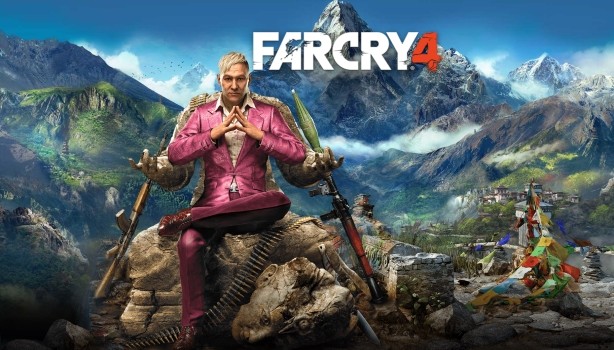 FROM THE TOP OF THE HIMALAYAS TO THE MYSTICAL WORLD OF SHANGRI-LA, FAR CRY®4 TAKES PLAYERS FURTHER INTO KYRAT’S DEPTHS AT GAMESCOM

COLOGNE, GERMANY — August 13th, 2014 — At Gamescom, Ubisoft® has pulled back the curtain and showed off some of the deep and varied experience that will be found in Far Cry 4: an extreme mission at the peaks of the Himalayas, and a journey into the mystical world of Shangri-Là. Ubisoft also provided more details on their PlayStation® exclusive promotion called the “Keys to Kyrat.”

A trip to Kyrat wouldn’t be complete without a visit to the highest peaks of the Himalayas.  Throughout the game, players come across a series of missions located at the peaks of snowy mountains.  The Himalayan missions push them to extremes as they encounter avalanches, ride snowmobiles and fight for each breath as they live the effects of high altitude.  The wingsuit might be their only chance at survival.

Kyrat is also a beautiful land deeply rooted in its rich mythology. Shangri-Là is a fabled place that is part of that folklore and has been sought after by mortals in the hopes of finding enlightenment.  Presented as a parallel and esoteric universe, Shangri-Là is a place where players transcend into the limitations of their own mind and go to a place where legends live.  They’ll encounter a completely different set of mythical enemies with unexpected and surprising behaviors. Players have an ally, a noble white tiger, the protector of Shangri-Là.  The tiger comes to the player’s defense when provoked or can be sent to attack nearby enemies. The Shangri-Là bow, with the exclusive ability to momentary slow time, will also be available while players unlock skills within the main skill tree.

Players who purchase Far Cry 4 on PlayStation®3 or PlayStation®4 will get 10 exclusive Keys to Kyrat, allowing them to invite their friends to play via PlayStation®Network.  Players can tackle the open world together for a free two hour trial period, and can explore Kyrat, capture outposts, and gain in-game rewards, even if they haven’t yet purchased the full game.