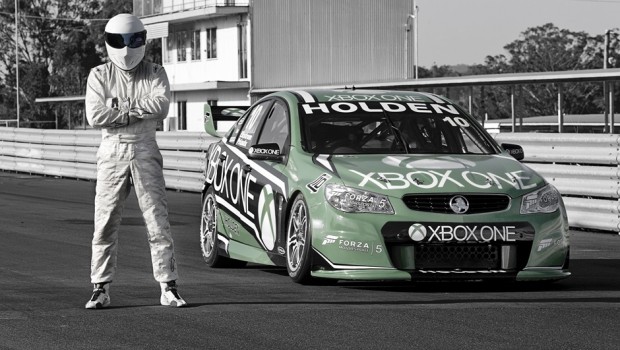 Xbox has today revealed the preliminary winners of its ‘Drive to Win’ global racing challenge where Forza Motorsport 6 fans from around the world competed for a trip to one of the most iconic race days of the year, the Super Cheap Auto Bathurst 1000 in NSW Australia. In addition to this unique, once in a lifetime trip, Xbox has announced that Top Gear’s The Stig will join the competition winners for a world-first hot lap around the famous Mount Panorama race track.

Tens of thousands of Forza Motorsport fans took part in the in-game challenge which saw players step into the 2015 Xbox Racing #17 Ford Falcon FG X and attempt to lay down their fastest lap time on the legendary Mount Panorama circuit – which has been laser-scanned and built from the ground up for Xbox One to bring an unparalleled level of realism to the racing experience.

Alongside four players from the United States, United Kingdom and New Zealand, there are five Aussie Forza fans, who will travel to the high-speed Bathurst track this weekend (October 8-11) as part of a money-can’t-buy experience. At the event, competition winners will meet Xbox Racing drivers Marcos Ambrose and Scott Pye before going on to compete in a live, in-game time attack, as they attempt to be crowned champion of the mountain.

With the fastest in-game lap time to date of 2:09, competitors have their work cut out for themselves to be in with a chance to win USD$5,000 in prize money, an official driver suit from the race weekend, as well as having their Gamertag emblazoned on the official Xbox race car and the Bathurst raceway itself. The winner will also be treated to a lap of the circuit alongside Top Gear’s The Stig, who features in Forza Motorsport 6 and will take to Australia’s most iconic racetrack for the first time ever as part of the race day celebrations.

Since the launch of Xbox One and the track’s first inclusion in Forza Motorsport 5 and now Forza Motorsport 6, racing fans from around the world have clocked up over 48,000,000 laps of the Bathurst track – considered to be one of the world’s most challenging courses for its combination of narrow sections and steep grades – with over four million players racing it annually, amounting to a total of 250 years of gameplay!