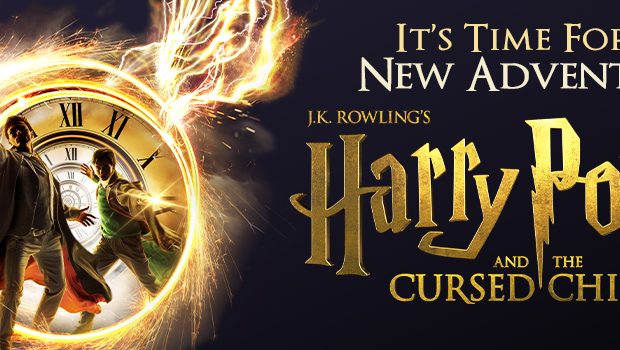 TOP 5 WAYS TO SEE HARRY POTTER AND THE CURSED CHILD

As Melbourne emerges from winter hibernation, there’s never been a better time to head to the theatre and experience the magic of Harry Potter and the Cursed Child. Here are the top 5 ways to book like a wizard!

2. Best value midweek tickets
Access great seats from just $56.90 for all midweek evening performances on Tuesday-Thursday evenings. Or if you prefer a matinee, three 1pm performances have been added on 19 October, 2 November and 14 December 2022.

4. TodayTix Lottery
Every Friday, TodayTix releases 40 tickets for some of the very best seats in the theatre at just $40 for every performance of Harry Potter and the Cursed Child for the following week. Submit your entry from 12:01am Monday to 1:00pm Friday for your chance to win!

VIP tickets are available to book via Ticketek six weeks ahead of the selected performance.

“Jam-packed with spectacle and surprise”
★★★★★ – Time Out

“Long may it cast a spell at the Princess”
– Herald Sun

Originally a two-part epic event, Harry Potter and the Cursed Child is now reimagined as a fast-paced, one-part play, so audiences can experience the full spectacular in one sitting and with just one ticket in hand.

Melbourne’s Princess Theatre is the home of Harry Potter and the Cursed Child in Australia, having undergone a $6 million renovation in 2018 to house the extensive technical wizardry seen on stage.

Earlier this year, the show broke the record for most tickets sold of any stage play in Australia, selling over one million tickets. An estimated 326,500 people saw the show in its first year, topping any previous record set by a stage play in the history of Australian theatre, with over half of these attendees made up of first-time theatregoers.