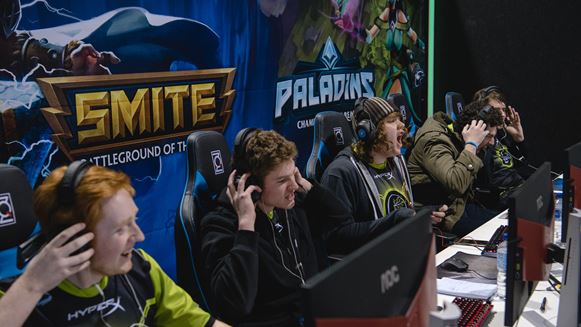 October 3, 2017 – Melbourne, Australia – The best SMITE teams in Oceania will participate in the Split 3 finals on the PAX Arena Stage at PAX Australia at the end of this month for the $35,000 prize pool and their chance to represent the region in the SMITE World Championships at Hi-Rez Expo.

Legacy Esports, Scylla Esports, and Dark Sided finished in top 3 at the end of the regular split. Sin Gaming, although placing 5th, managed to fight their way through the gauntlet and secure their spot at the LAN finals.

The SMITE action at PAX will be intense and any team could take the glory, prizes and be representing Oceania on the world stage at HRX in Atlanta, Georgia, in January 2018.

The broadcast schedule is as follows:

The finals can be watched at: