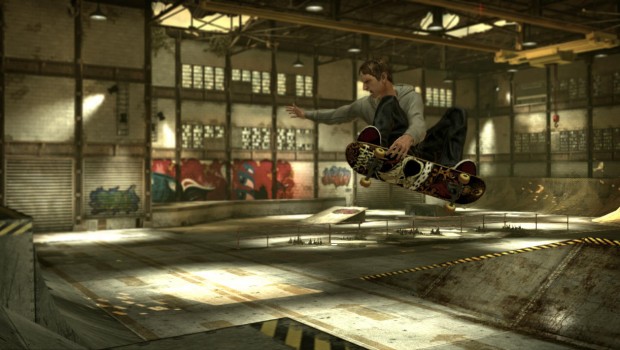 Tony Hawk’s Pro Skater 5 balances an authentic skatepark experience with the franchise’s over-the-top arcade action and style, paying tribute to the classic games with timeless gameplay modes while introducing exciting new ways to play. Players will ollie, grind, kickflip and noseslide with tried-and-true Pro Skater controls through the game’s 100+ missions, stringing together astronomical combos and unlocking new content. With the introduction of 20-person online multiplayer, skaters can drop-in on their friends’ sessions for head-to-head competition or take on cooperative missions.

“Tony Hawk’s Pro Skater 5 seizes upon the social element of skateboarding,” said Tony Hawk. “Skating with your friends online is a blast, and doing it in a skatepark of your own design is even better. The possibilities are limited only by the community’s creativity.”

At launch, Tony Hawk’s Pro Skater 5 will include eight brand-new levels, with two additional stages and five bonus skaters coming in future updates — for free! Players can also build their own twisted skateparks from an arsenal of more than 250 ramps, rails, objects, and more, giving fans the tools to fully flex their creative muscles. Once finished, parks can be shared with the community through the cloud, giving skaters a steady supply of player-designed and curated content to enjoy.
Ten of the sport’s top athletes are featured in Tony Hawk’s Pro Skater 5. Players can skate as Tony Hawk, Nyjah Huston, Riley Hawk, Aaron “Jaws” Homoki, Lizzie Armanto, Leticia Bufoni, Chris Cole, David Gonzalez, Andrew Reynolds, and Ishod Wair. Developers Robomodo and Disruptive Games have captured each skater’s distinctive techniques, giving the athletes a unique in-game style that mirrors their real-world swagger.

Long-time fans will also be happy to know that, true to Pro Skater tradition, Tony Hawk’s Pro Skater 5 has hidden characters, wacky outfits and a killer soundtrack with hits from Ratatat, Death from Above 1979, Death, The Orwells, Cloud Nothings, and dozens more.

Tony Hawk’s Pro Skater 5 is now available on the PlayStation®4 computer entertainment system and Xbox One for $69.95 RRP. It is rated PG by the Australian Classification Board. Tony Hawk’s Pro Skater 5 is expected to launch on Xbox 360 and the PlayStation®3 computer entertainment system on Nov. 10 for $59.95 RRP. For the latest news and updates, follow along on Facebook at www.facebook.com/TonyHawkGames and Twitter and Instagram @TonyHawkGames.