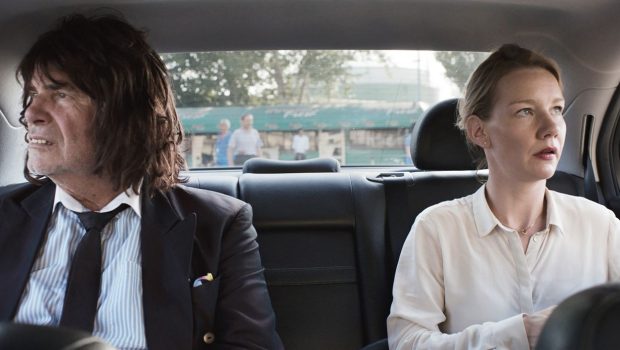 Where do you even begin with unpacking a strange movie like Toni Erdmann? Here is a movie that is very much based in reality but follows a very strange cast of characters, so much so that it feels like a wild trip. One of the lead characters in this dramatic comedy is Winfried, a middle-aged retired music teacher who has too much energy and time on his hands. Played amazingly by Austrian actor Peter Simonischek, Winfried expresses himself best through Andy Kaufman-styled practical jokes where the pranks aren’t really intended for anyone in particular. Some are cheesy (fake teeth and wigs) and other times they’re quite clever (creating alter egos and disguises). Most of his family and friends accept Winfried’s eccentric ways except for his grown daughter Ines who is portrayed by the extremely talented Sandra Hüller. Ines is the complete opposite of her father which suggests a rift was created between them years ago but it’s never explained exactly why their relationship fell apart. 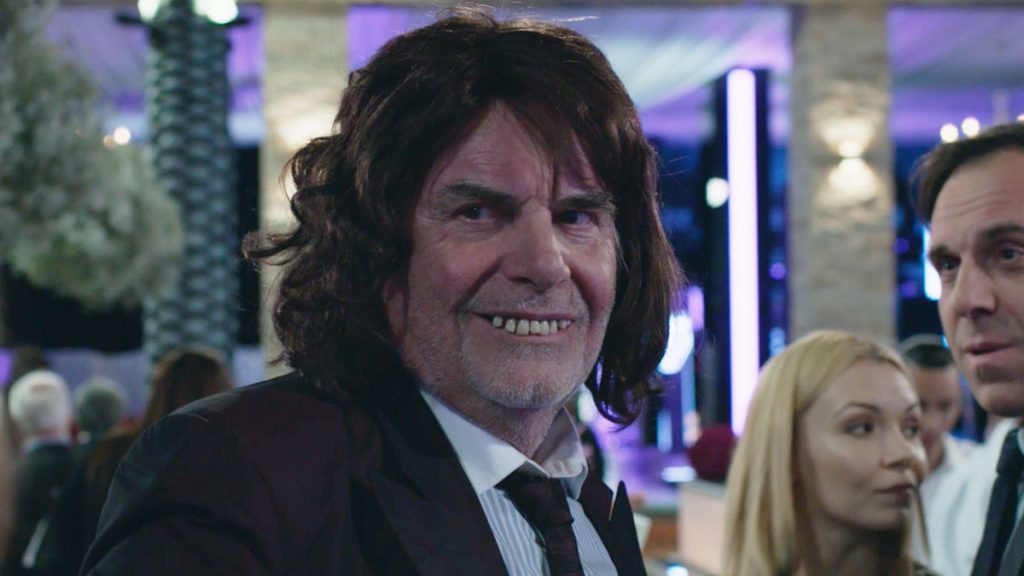 While her father is a whimsical joker, Ines is all business and really uptight. She pours her heart and soul into the cold corporate world while her father plods along teaching piano to teenagers and puts on the occasional school musical. Winfried tries to connect with his daughter but she puts a wall up each time. In a desperate attempt to get back on her good side he surprises her by turning up at her work in Bucharest, Romania where Ines is working on a business deal involving oil and a whole lot of business jargon. This is where one bad note of the movie arrives. Nothing is skipped over including lengthy business talks that shows Ines’ attentions and frustrations. On one hand this technique is great as it takes its time to explain the characters to us. The flipside to this is that it takes a lot of patience to get through this almost 3-hour movie. 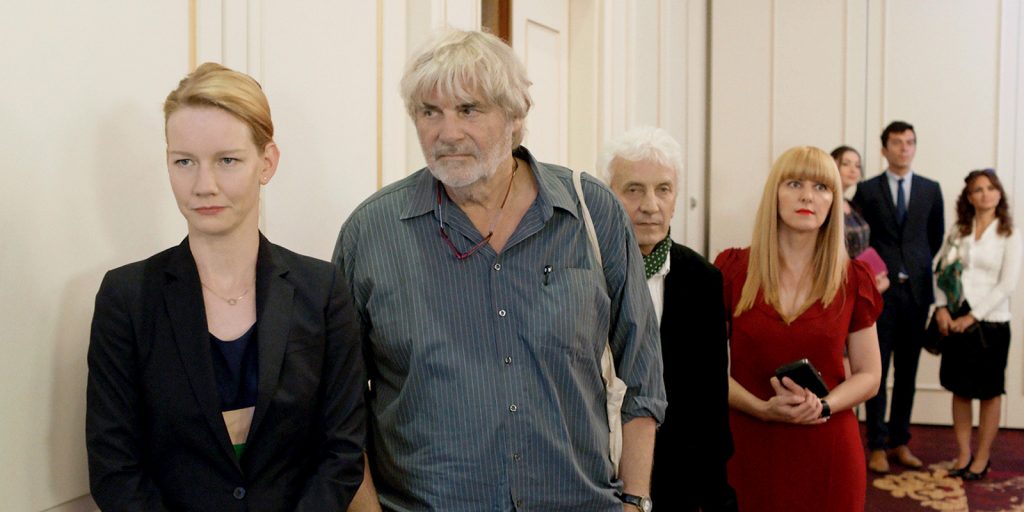 In a very strange attempt to show Ines that life doesn’t have to be so serious, Winfried takes on the role of an alter ego called Toni Erdmann, a life coach that wears a shabby wig and has bad teeth. Surprisingly Erdmann is somewhat accepted by Ines’ bosses and co-workers so out of fear of upsetting her upcoming business dealings she reluctantly goes along with the ruse. At this point it probably sounds like this movie could be a Robin Williams (RIP) outing but with its handheld camera and the very slow pace of the story unravelling Toni Erdmann is too rooted in an art house canon to be anything else. There is definitely a smaller focus on the comedy and larger portion of the movie is dedicated to exploring the relationship and the individual scope of both Winfried and Ines. Again what could be seen as a good or bad aspect of the movie is how slow things progress. The snail pace makes the humorous moments standout more as they act as a sort of relief for the audience. As Toni begins to dig himself deeper into Ines life through this pseudo method of reconnecting with his daughter, she is pushed to her limits. “I know men your age with ambition but who cares!” she vents as she tries to get a message through to her father. As movies are quite subjective you will either feel empathy or frustration for one character or the other and that’s part of the beauty of this film. The two main characters’ stories are almost equally split down the middle. 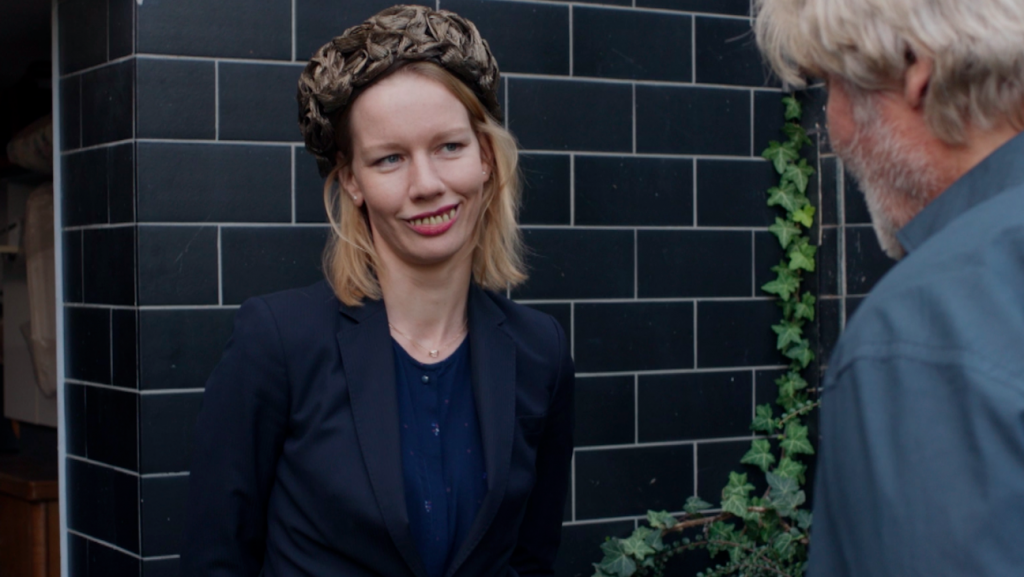 Be warned that there are some really strange turns in this story that don’t necessarily change the plot but do reveal things about the characters we’re watching. I’m torn with rating this movie as some parts of it I loved and other parts just dragged on. At the moment this movie is getting loads of amazing reviews and I can see why but there is still something holding me back from giving it a higher number of stars. The greatest thing about Toni Erdmann is nothing is forced down our throat as it’s up to the audience to read between the lines. Winfried constantly wearing a blood pressure device on him suggests that maybe his days are numbered and he’s trying one last time to mend the bridge between him and his daughter. Towards the end of the movie where Ines makes a bold choice and strips down to nothing at her birthday party, there is possibly a hint that she used to be a different person with a freer spirit. Basically this movie is two parts beautiful and one part tedious and as any form of art goes it’s up to the viewer to decide how they interpret this work.

Summary: The greatest thing about Toni Erdmann is nothing is forced down our throat as it’s up to the audience to read between the lines.