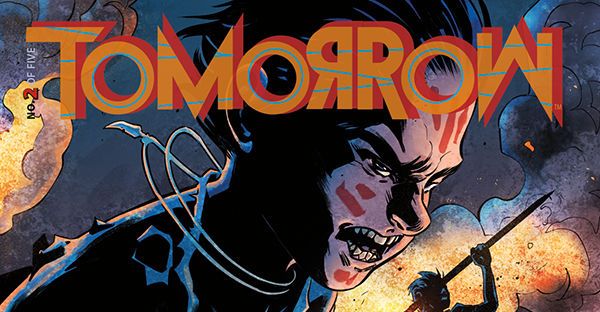 Summary: With only his cello for company and a psychic link to his sister Cera, Adam must make his way across the USA where all the adults have died of a plague.

It's the end of the world as we know it

With only his cello for company and a psychic link to his sister Cera, Adam must make his way across the USA where all the adults have died of a plague that has left the children in charge. The story says it took 5 weeks for thing to descend into anarchy but seeing the fights over toilet paper recently it would be much shorter than that.

I was initially interested in this story as the title reminded me of John Marsden’s Tomorrow series of books where teenagers have to run around in the Australian hinterland blowing things up and evading capture. This is not related to that and it seems that other children are going to be the biggest danger in this.

This story being released in the middle of a pandemic gives it extra relevance and it should be a popular series.

Interesting artwork, characters and story make this one well worth checking out even though plague and zombie stories have been played out at the movies for a while. This seems to be aware of its’ own lineage and even some of the protagonists openly mention Lord of the Flies which seems a bit too cute but they would have been taught it in school so it makes sense.

There is a mystery why some adults have survived and there is already two opposing sides that have been revealed including one that is just too good I can’t spoil it. The former private school boys sports team seems an ideal candidate for a gang as they are already together and it reminds me of the Warriors baseball furies.

I would recommend this one to people who like end of the world stories and want something a bit different as this has the supernatural elements with one of the characters being psychic.