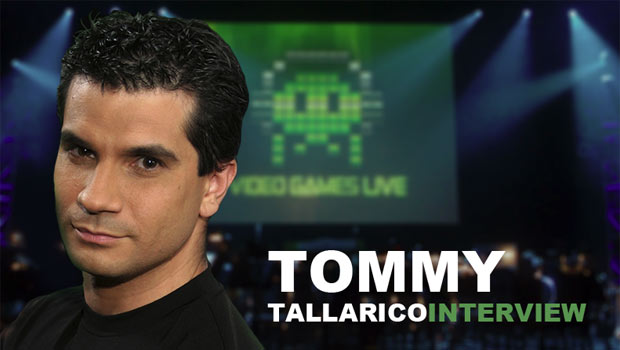 Welcome to Impulse Gamer Tommy and how excited are you to bring Video Games Live to Australia?

I love Australia and I’m not just saying this because you’re Australian but I’ve personally vacationed there six times. I love the country, culture, people, animals and everything about it. I usually fly into Sydney, rent a car and drive all the way up to Cairns. I’ve also been to the Gold Coast, Melbourne, Brisbane and even Canberra <laugh>, although I don’t know why.

So yeah, I love the place and we’ve played Video Games Live all over the freakin’ world for the last 13 years. We’ve been to 5 continents, 35 countries, played over 350 shows and we’re even in the Guinness Book of Records for the longest running symphony show of all time! We’ve even been to New Zealand for crying out loud and I’ve been trying to get over to Australia for over 13 years and we’re finally here! 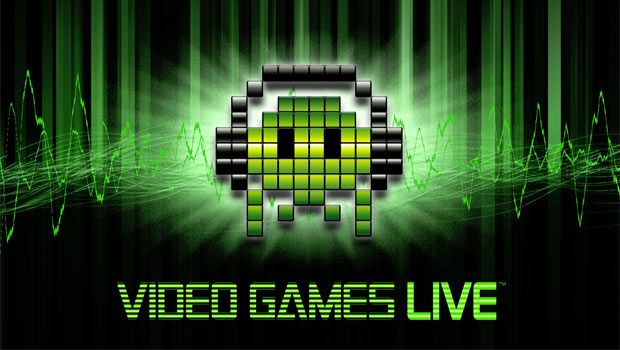 Why do you think it has taken so long to get over here?

I think it took this long because I wanted to get the right people involved like the promoters, venue and the marketing. We’re very cautious with who we work with so we wanted it handled the right way which is also the reason why we’ve been around for 13 years.  We also hope this tour of Australia is the first of many.

So besides you Tommy who else from the US involved?

Although I host the show and play the guitar, the conductor is Emmanuel Fratianni who is also a video game composer and worked on the Amazing Spider-Man movie and done a lot of TV work like JAG. 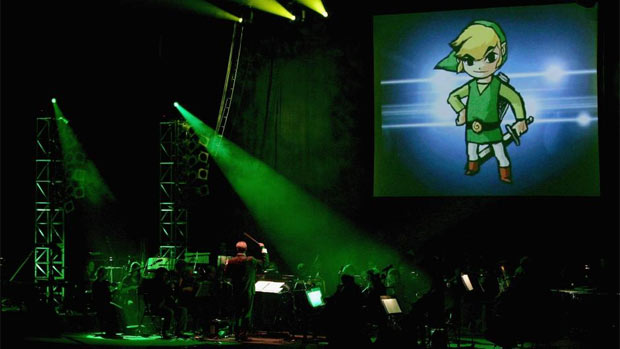 Tell us how your show is different to some of the other video game music concerts?

In Video Games Live, we do so many different and unique things which are why we’re still around. We are able to have multiple shows and we don’t treat it like a traditional symphonic show. A lot of the other shows that have visited Australia like Distant Worlds, Zelda, Play or Eminence is a very high brow classical approach which I think is fantastic and awesome but Video Games Live is so different from all of those.

When we started this and as a video game composer myself, the reason I created this show is that I wanted to prove to the world how culturally significant and artistic video games have become but I also wanted to help usher in a whole new generation of young people to appreciate the symphony and the arts.

So I just didn’t want to focus on video game music being just classical and turning it into a symphonic thing which was never my goal. My goal was to start with what things gamers love in a game and then build on that to make it amazing. We have synchronised video with rock & roll lighting, special effects and a stage show production that has interactive elements with the crowd because the reality is that video games are not just music. Its amazing characters, storylines, incredible graphics and interactivity but most of all, fun.

I want the show to be super fun and even bring people in who aren’t gamers and have them be able to follow along so they can understand. I want to bring in young people who say I don’t want to see a boring symphony so when they see our trailers, I want them to see how much fun they are. So it’s a much different approach to what Australia has seen in the past to video game concerts so I’m really excited to bring this over there to the first time. 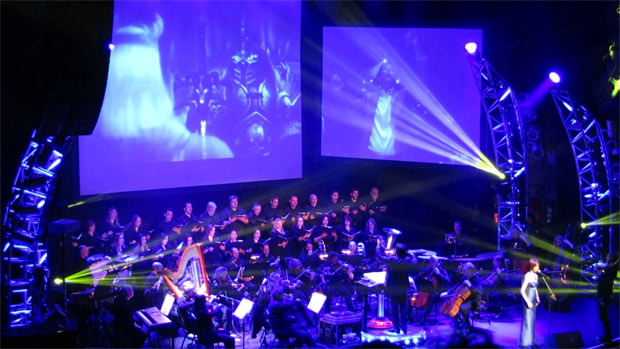 Tell us how you choose the music for Video Games Live?

I’ve created over 130 segments for Video Games Live but we can only play 20 of them a night so I like the audience to decide what the set list is going to be. We ask people to go onto www.videogameslive.com and tell us where they’re from and what they want to hear that gets collected in a spreadsheet which helps me choose the music. On our Facebook page (https://www.facebook.com/pages/Video-Games-Live/62865898389), I create event pages for every single show that we do such as Sydney, Melbourne and Brisbane.

I ask people what they want to hear because every country has their likes and dislikes and something that may be popular in Chile may never have been heard in China. Or if something is super popular in Germany, it may not be popular in Australia so the show is for the people.

With your first concert and the wealth of amazing video game music, how did you pick your original set list?

For the first show, I picked my favourite video game music and also picked some of the more popular games. The very first show we done was at the Hollywood Bowl that actually had 11,000 people show up which was the biggest video game concert ever and was the first concert to use video game screens. It had music from Kingdom Hearts, Metal Gear Solid, Myst, Warcraft, Sonic the Hedgehog and Halo which was also the first time this music was performed live anywhere in the world.

I just wanted to celebrate the video game industry and when I first did this, no one had ever done this before in the United States. Although Japan was doing concerts since the mid 80’s like Dragon Quest, it was very traditional, high-brow with everyone in tuxedos and I wanted to do something different and the exact opposite. I wanted it to be bombastic, in your face and over the top! <laugh> There are electric guitars, bass, massive percussions and video game screens everywhere and as we have over 130 segments, no show is the same. 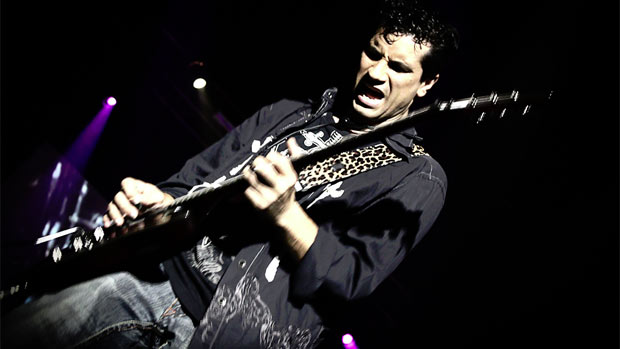 With over 130 musical segments in Video Games Live Tommy, what are your top 3?

My top three segments in the show include this Warcraft montage which is really incredible because of how the music is used with the lights, special effects and the amazing graphics Blizzard do who produce some of the best cinema graphics. For selfish reasons, I love our Castlevania arrangement because I took the original music and did this rock and roll symphonic of four of the best tracks and then mashed them all together. I also play the electric guitar with the Castlevania arrangement. The other one I love playing is Chrono Trigger which I’m really proud of as we’ve got some acoustic guitar in there that ends with the intro to Chrono Cross Time’s Scar.

My favourite videogame soundtrack of all time is probably Final Fantasy 8 with the great Nobuo Uematsu. My favourite video game is probably Super Mario World from the Super Nintendo or Red Dead Redemption that I absolutely love. I’m a huge fan of the old west and I love that sandbox experience in Red Dead Redemption which I still play and enjoy today. 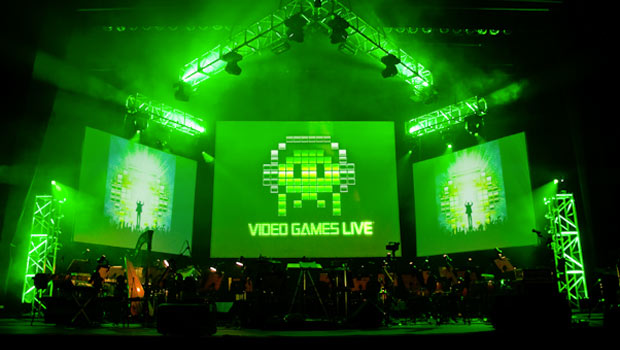 Which video game music do you feel is more popular today?

I think the most popular video game music today comes from the West like Halo, Warcraft and Skyrim. The older games like Zelda, Mario, Castlevania, Final Fantasy and Metroid also have this great eclectic thing going on and both have two very different styles. The Western game composers and European game composers are more like these epic film scores but in the Japanese music, it’s more traditional like your Final Fantasy or more quirky like Mario or Parappa the Rappa . I don’t like any more or less than the other as they all have their merits. I listen to something like Journey from Austin Wintory that was nominated for a Grammy for its soundtrack that is so gentle and beautiful in so many different ways but is completely different than the beauty and gentleness of like a Final Fantasy song.

So why do you think gamers from around the world are drawn to video game music?

I believe there are two reasons why people from around the world love video game music.

The first reason is that when you hear this music, it instantly transforms you back to your childhood that was a happier time in our lives when life was more carefree and we didn’t have burdens, bills to pay or jobs. We were just kids and living life. So when we hear this music, it kind of brings us back to that time of innocence.

The second reason is even more important because it’s something that makes video game music so different to any other music in the world, even in the history of the universe which is this… when you play a video game, you become that character so the music that is being played becomes the soundtrack of your life as you’re in that game.

That’s very different to watching a movie and when you watch Raiders of the Lost Ark and see Indiana Jones and hear that famous theme, you’re like that’s awesome but that’s Indy’s theme, not yours as you’re watching his story.  But when you’re playing Warcraft or Skyrim or any of these games such as defending your village from a hundred guys on horseback with swords coming to kick your ass, the music that is playing becomes your music.  Or you’ve finally finished that 7 hour quest and you open that treasure chest and get that amazing epic armour for your troubles and that song becomes your victory song that you even hum days after you’ve finished playing the game because you’ve earned it. 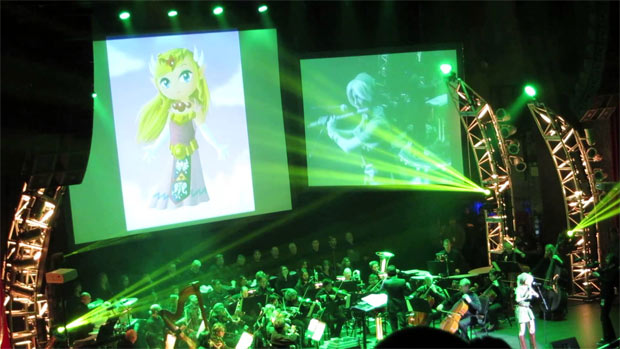 So it’s that emotional attachment?

Yeah, people get so emotionally attached to video game music because of the interaction that even at our shows, people cry. They’ll come up to me after the show and recount when they started playing Zelda with their dad because the music took them back to when they were 8 years old and their dad passed away a couple of years which made it so emotional for them.

So I think it’s an amazing thing and I feel so honoured that I get to play my colleagues music and even my own to thousands of people from around the world. Our goal is to get this music out there to as many people as possible and unlike other video game music shows, all of us are actual video game composers.

Tell us a little about your experience in composing video game music and how it has evolved over the years?

When I first got into the industry it was all bleeps and bloops and we were writing music for consoles like the SEGA Genesis and Super Nintendo that had huge restrictions due to the technology which was frickin’ brutal. Where it all changed was in the mid 90’s when CD-ROMs became available as a storage medium which was when real music started to pop up.

I was the very first person to ever record a live guitar for a video game back in 1993 for Terminator on the SEGA. But the realty was although we started to have the technology, the game publishers didn’t have the budgets and paid like $10,000 for music and all of sudden they wanted to record a live orchestra now which would cost $300,000… so it took a little while for the game industry to catch up with the technology. Even though CD-ROMs came out in 93 or 94 but you didn’t really get to see those big orchestra soundtracks until games such as Kingdom Hearts, Final Fantasy or Halo appeared. 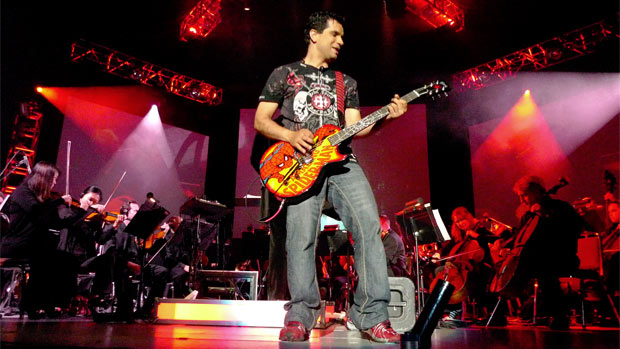 Before we go Tommy, how would you sum up Video Games Live for our Australian readers?

I like to describe Video Games Live as all the power and emotion of an orchestra combined with the energy and excitement of a rock concert mixed together with all the cutting edge visuals, technology, interactivity and fun that video games provide which is a complete celebration of the video game industry.

Thanks again Tommy and all the best for the Australia tour!