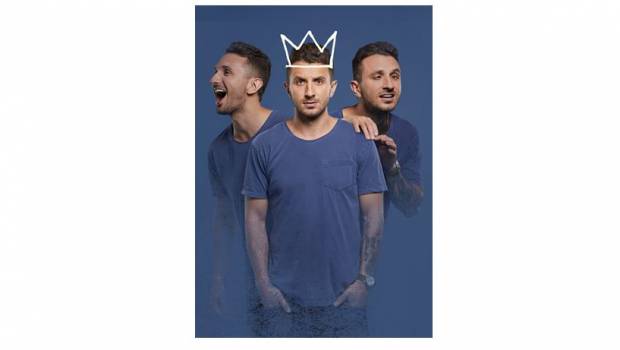 As seen on Channel 10’s The Project

Tommy Little is as stupid as they come. Lucky for the rest of us stupid makes for great comedy. He sold out shows all over the country in 2017 and cemented his spot as one of the most exciting comedians of his generation

From regrettable drunken tattoos to stage diving unsuccessfully from great heights, Tommy lives the life most comedians just talk about and delivers the genuine, big laughs. His live shows are the just right mix of did-he-just-say-that? and mischievous, engaging charm.

Tommy is an unrivalled storyteller and his energy and infectious performances have ensured his audiences have grown in numbers year by year through the sort of word of mouth others can only dream of.

Tommy is a regular on Channel Ten’s The Project; his regular segment where he shares a cuppa with the elderly a fan favourite and is also one half of the Hit Network’s Carrie & Tommy with Carrie Bickmore.

With Tommy crowned the Last King of Stupid why wouldn’t you forget your troubles and come have a laugh with the best of all the idiots.