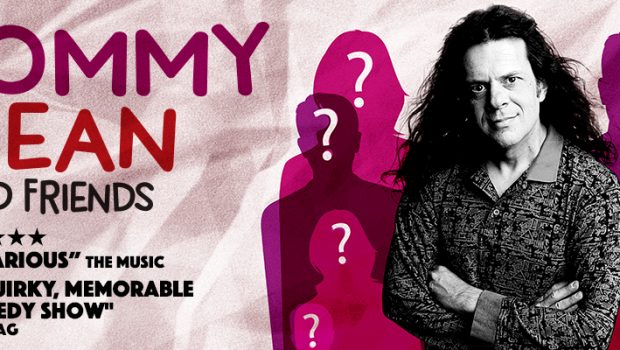 Frontier Comedy are pleased to announce US comedian Tommy Dean will be curating and hosting a monthly comedy night Tommy Dean and Friends at Sydney’s Giant Dwarf this September through November.

Featuring a surprise line-up consisting of some famous friends as well as the hottest up-and-coming faces on the circuit, Tommy Dean and Friends will have your sides splitting with laughter.

The inaugural event will be held on Saturday 2 September as part of Sydney Fringe Festival, before returning on Saturday 28 October and Saturday 25 November.

‘A consummate master of timing’ – The Age

Arizona-raised, Sydney-based Tommy Dean is one of Australia’s most prolific comedians. The go-to crowd warm-up for TV shows such as Q&A, Gruen Planet and Gruen Transfer, and a regular on ABC Radio Sydney’s Thank God It’s Friday with Richard Glover, Tommy is also in constant demand on the live circuit; regularly headlining comedy clubs across the country, as well as appearing at the Melbourne International Comedy Festival, Sydney Comedy Festival and other major festivals throughout Australia and New Zealand.

Tommy has collected a tonne of funny friends in his years of being one of the busiest comedians on the Australian comedy festival, TV, radio and touring circuit, and now he wants to introduce them to you!

Featuring a handpicked, stellar lineup, no two Tommy Dean and Friends shows will be alike – make sure you book in early and don’t miss out!

As part of Sydney Fringe Festival: