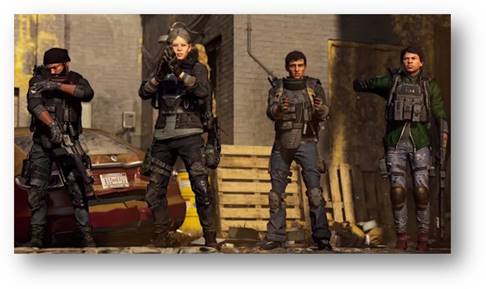 Players will experience a transformed Washington D.C. in both main missions and endgame during the Private Beta

Sydney, Australia — January 31, 2019 — Ubisoft® have revealed details of the Tom Clancy’s The Division® 2 Private Beta including early game and endgame missions, running from February 7 at 8 pm AEDT through February 11 at 8pm AEDT. Private Beta preload begins on February 6 at 8pm AEDT. Xbox One, PS4, and PC players can secure their access to the Private Beta by pre-ordering The Division 2 at participating retailers. Already the fastest registering beta in Ubisoft history, players can register for beta access now for a chance to play at tomclancy-thedivision.ubisoft.com/beta.

In the Private Beta, players will be able to get a taste of what awaits them in Tom Clancy’s The Division 2. After establishing their Base of Operations in the White House, Agents will be able to venture into a transformed Washington D.C., unlocking new skills and abilities while they upgrade to a level cap of seven and discover the eastern part of the open world featuring the following content:

In addition to this content, beginning Saturday Feb. 9th at 3am AEDT, The Division 2 fans will have the opportunity to have a first hands-on with endgame content with one Invaded mission. Players will experience gameplay at the level cap of 30 and unlock brand new Survivalist, Sharpshooter or Demolitionist specializations.

For further details about the Private Beta, please visit: www.thedivisiongame.com/faq/beta

Tom Clancy’s The Division 2 releases worldwide on March 15, 2019, on the Xbox One family of devices including the Xbox One X, PlayStation®4 computer entertainment system and Windows PC.

Led by Massive Entertainment in collaboration with seven other studios around the world**, Tom Clancy’s The Division 2 is the next evolution in the open-world online shooter RPG genre that the first game helped establish. Set seven months after a deadly virus was released in New York City, Tom Clancy’s The Division 2 will bring players into a fractured and collapsing Washington D.C. The world is on the brink, its people living through the biggest crisis ever faced in human history. As veteran Division agents, players are the last hope against the complete fall of society as enemy factions vie for control of the city. If Washington D.C. is lost, the entire nation falls. Building upon more than two years of listening to and learnings from The Division community, Tom Clancy’s The Division 2 will offer a substantial campaign that organically flows into a robust endgame, to create a cohesive and meaningful experience for all types of players.

*Preorder any edition of Tom Clancy’s The Division® 2 at participating retailers and platforms, strictly pursuant to the terms of the private beta phase to get access to it.  Terms and conditions strictly apply and will be communicated at a later date, as determined by Ubisoft.  Subject to availability and while supplies last.  Content and system requirements pending; check all requirements/details/restrictions prior to purchase/redemption. Promotional offer. Void where prohibited or restricted. More detail on www.thedivisiongame.com/faq/beta