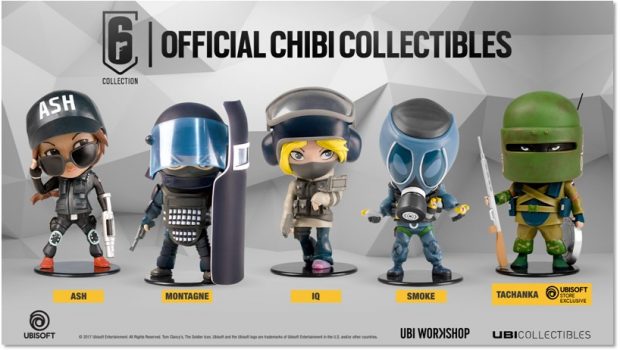 SYDNEY, AUSTRALIA – August 4, 2017 – Ubisoft has announced that the SIX Collection Chibi, a set of 5 exclusive figurines inspired by iconic characters of the Rainbow Six franchise, are now available for preorder on the Ubisoft Store in Australia and New Zealand.

In order to remain faithful to the iconic heroes of the franchise, Ubicollectibles & Ubiworkshop have teamed up directly with Ubisoft Montreal studio to create these figurines of 10cm each. The collection includes the following items:

By purchasing one figurine of the SIX collection, players will receive a unique code to unlock exclusive in-game content in reference to the charms hanged on the operator’s weapons. 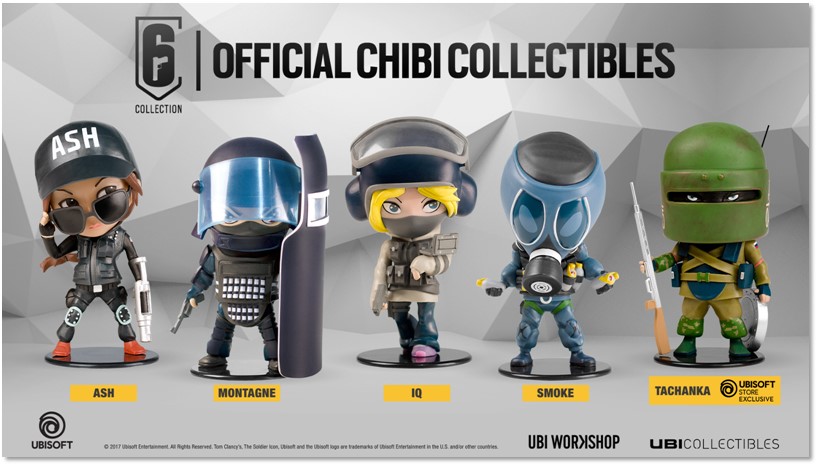 [1] This figurine will be an Ubisoft store exclusivity