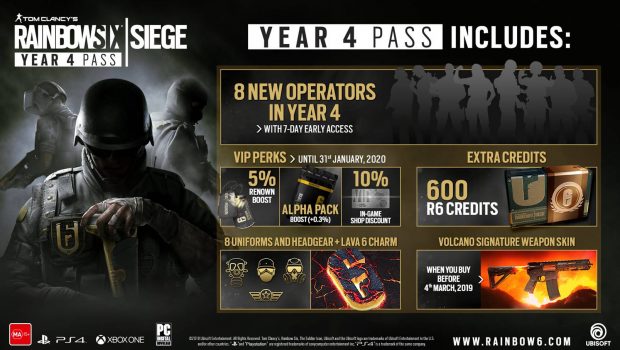 **10% discount only applies to purchases made with Renown or R6 Credits.