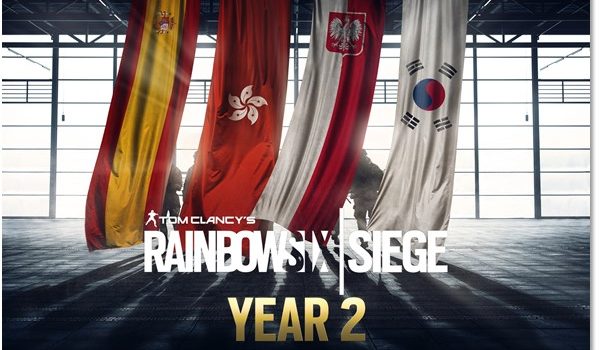 SYDNEY, AUSTRALIA — December 1, 2016 — Ubisoft® celebrates the one year anniversary of Tom Clancy’s Rainbow Six Siege by announcing that the Tom Clancy’s Rainbow Six Siege Year 2 Pass is available now for $39.95. The Year 2 Pass will also be available in the Year 2 Gold Edition* which also includes the base game for $99.95, and the Complete Edition* which includes the base game and a bundle of all Year One operators, for $129.95. 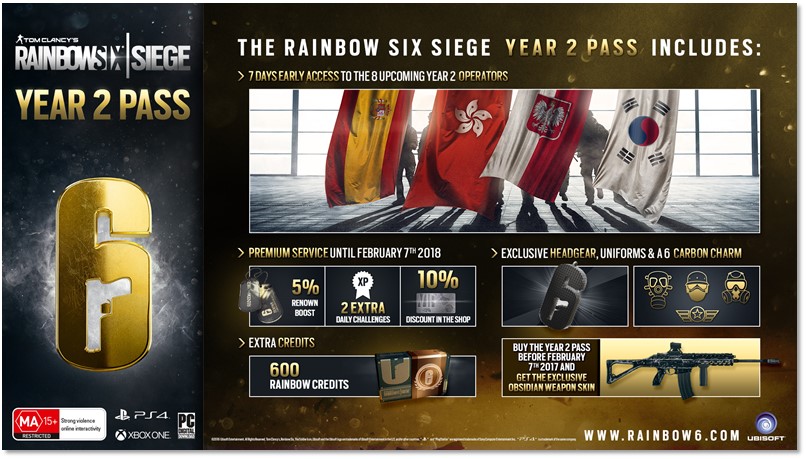 In line with Ubisoft Montreal’s continued commitment to provide new qualitative content and seamlessly integrate members of its growing community, this new year-long premium membership will feature exclusive early access to eight new operators that will be released alongside Seasons throughout the year, and equivalent VIP benefits as the first year premium membership, including a boost to allow players to unlock content quicker, headgear, battle dress uniform (BDU) and more. Additionally, the Obsidian Universal Skin is available to those that order before February 7. Owners of the original Season Pass will receive an additional 600 R6 Credits when they purchase the Year 2 Pass.