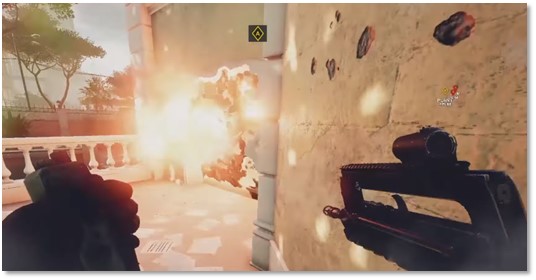 SYDNEY, AUSTRALIA — August 23, 2017 — Ubisoft has announced that Tom Clancy’s Rainbow Six Siege will be available to play for free from August 25-28. Interested players can join the 20M player Rainbow Six Siege community on PlayStation®4 computer entertainment system, Xbox One and Windows PC via Uplay and Steam.

The game will be available for up to 50% off through the free weekend from August 25 to September 4. Players who try the game during the free weekend can carry over their progress and continue to play uninterrupted.

The latest content from Year 2 Season 3, Operation Blood Orchid, will deploy on the Technical Test Server (PC) on August 29th, and is targeting a launch date of September 5th on all platforms.

Operation Blood Orchid will launch with the new Theme Park map set in Hong Kong and three new operators (two from Hong Kong and one from Poland).

Additional details on the content of Operation Blood Orchid will be unveiled during the European Pro League Finals on August 26. To get a first look at Blood Orchid gameplay demo, tune in to the livestream on: https://www.twitch.tv/rainbow6

The full details and timing of the free weekend are available via the following link: www.rainbow6.com/freeweekend

To get all the latest news on Rainbow Six Siege, please visit: https://rainbow6.ubisoft.com