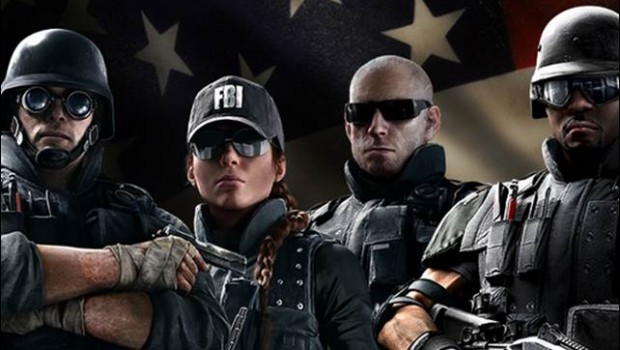 SYDNEY, AUSTRALIA – April 13, 2017 – Ubisoft® has announced that Tom Clancy’s Rainbow Six® Siege has surpassed 30 Million Registered Players across all platforms. Released in 2015, Tom Clancy’s Rainbow Six® Siege has become one of the most successful multiplayer shooter and continues to evolve In Year 3 with regular content updates from the launch of Operation Chimera, Outbreak, and slew of additional game updates. This year also saw a record 321,000 peak concurrent viewers tune into the 2018 Six Invitational, Rainbow Six Siege’s largest Major Esports championship to date, with more than 6.2 million hours watched across all channels throughout the event.

“On behalf of the entire team, we wanted to thank every member of our diverse, global community for their support of our game. Our players are the most valuable element to our game. Over the last three years we have endeavoured to create a solid community built on transparency as we grow and evolve the ever-expanding world of Rainbow Six Siege,” said Alexandre Remy, Brand Director, Rainbow Six Siege. “We are so tremendously honoured to achieve this milestone, and we will continue to do everything we can to earn each and every new person that decides to play.”

In line with this continued commitment to provide new qualitative content and seamlessly integrate members of its ever-growing community of players, Tom Clancy’s Rainbow® Six: Siege development team’s vision is to bring 100 operators to the game for the years to come.

Year 3 has also brought significant shifts to Tom Clancy’s Rainbow Six Pro League, which is now composed of two Seasons, six months each, from June to November (Season 8) and December to May (Season 9). Each Season being concluded by Season Finales, where the eight best teams of the Season – two per region: Asia-Pacific, Europe, Latin America and North America – compete for a prize pool. Each Year now also features two Majors, events where the most intense Tom Clancy’s Rainbow Six Siege action unfolds. In addition to the Six Invitational each February, a “Six Major” tournament will now take place in August. As a first edition, the Six Major Paris will therefore take place in Paris in August 2018.

All ticket and event details for the Season 7 Pro League Finals in Atlantic City are available here:  http://rainbow6.com/season-7-finals-announcement/