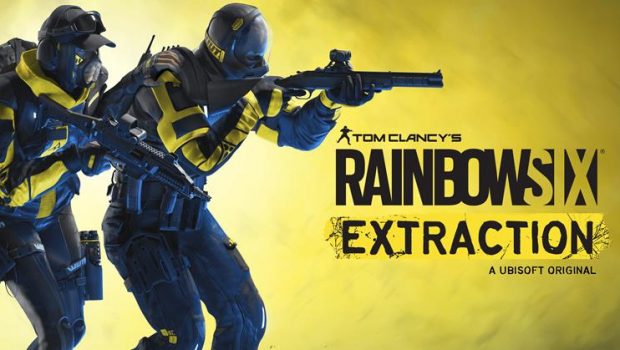 Summary: Rainbow Six Extraction is a spin-off that earns its place with tactical, co-operative PvE gunplay, and a level of detail and narrative unseen in other PvE shooters.

Video game spin-offs, in my experience, are at their best when they balance their twists on the formula with close reverence to the original. Too different, they alienate the core fan-base for no good reason; too much the same and, well, it’s just more of the same.

This goes double for multiplayer-focused, co-op shooters that rely on active player-bases.

As a fan of its source material, Rainbow Six Extraction’s leap to aliens initially seemed like it randomly replaced its unique brand of tactical gameplay for any other horde shooter. Thankfully, it’s a spin-off that earns its place.

In a nutshell, for those unfamiliar: Tom Clancy’s Rainbow Six Extraction is a tactical multiplayer game where you take on strategic missions with procedurally generated objectives and enemies with up to three players in co-operative, player versus environment (PvE) first-person shooter gameplay.

It’s also a spin-off of Tom Clancy’s Rainbow Six Siege, sharing the same engine (Ubisoft Anvil), fundamental shooting mechanics, and eclectic cast of fictional Counter-Terrorism Units (CTUs), with military operators that have their own unique abilities and loadouts that the player can customize. In this game, they’re called the Rainbow Exogenous Analysis and Containment Team (REACT).

So, what’s the difference between the two games?

Extraction replaces Siege’s competitive multiplayer and transfers its gameplay loop into a fully team-based, co-op shooter experience, expanding heavily upon Outbreak, the limited-time PvE game mode that debuted in Siege way back in 2018, in both its narrative and gameplay formula.

So, does it work? 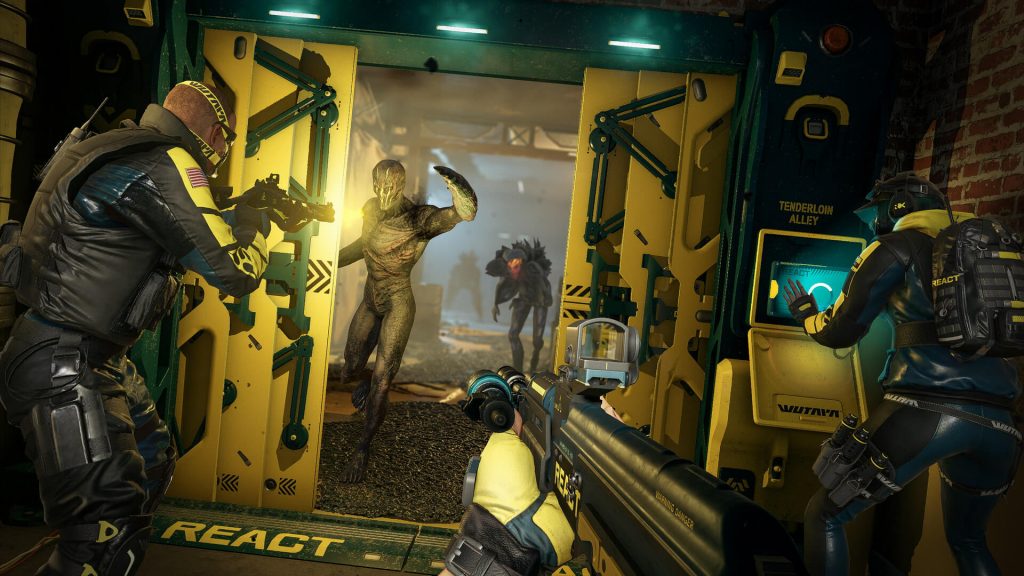 I wasn’t a big fan of Outbreak when it first launched in Siege, and Extraction wasn’t on my radar. Counter-terrorism units combating alien invaders, and the strategic gunplay of Siege turned toward horde mode-like scenarios, seem mismatched. However, the high quality cinematic cutscenes, detailed in-game codex, and polished menus of Extraction provide an abundance of narrative context for why Rainbow is handling an alien invasion, and make a very good first impression in the story department.

In short, the parasitic Chimera virus has returned to Earth and been isolated into quarantine zones. It’s up to REACT to infiltrate each area, extract intel, rescue survivors, and fight the parasite, now called Archaeans. The story is played very straight, all Siege operators retain their quirks and military specialisations fans have come to love them for, and the stakes are treated seriously. The (mostly) tactical realism of Siege’s setting isn’t entirely discarded in Extraction’s presentation, and the slightly cheesy ‘hero shooter’ background lore the franchise has taken in recent years is also present, for better or worse; did you know Pulse and Hibana are together? Oh, and Ash and Mira are cool now.

Thankfully, this also extends to the core gameplay: Siege’s slower, strategic approach to combat is almost entirely carried over, with small tweaks in Extraction to fit the PvE setting. You still drone out areas to scan threats, barricade strategic choke-points, reinforce walls and exchange careful gunfire. After a tutorial, you’re given 18 operators to initially choose from and customize before heading into a series of maps, each made up of three interconnected sub-zones that randomly generate objectives and enemy placements before you load up the session.

As a GIGN fanboy, I dove in as ‘thiccbois’ Doc and Rook on both solo incursions and with other fellow reviewers to see how enjoyable the procedural objectives with horde mode-like scenarios, and whether they were balanced to fit both. There’s up to five different difficulties you can select before loading a map, each which scales the challenges and rewards accordingly.  This I was thankful for, because the unpredictability of objectives and threats will put most to the test.

From securing live assets before they’re mauled to death by freaky aliens to extracting gooey samples to defending planted devices, objectives are fun and diverse – and prone to go belly-up when you least expect it. If you don’t choose the right operator for the job, or don’t think tactically, you can fail the objective and lose any experience points that go with it, or your operator can ‘die’ – meaning they’ll go missing in action (MIA), and have to be rescued when you next visit the map before you can use them again, adding an additional challenge. Play Extraction as a casual shooter, you’re frequently punished. Soon, I was treating it like any other sweaty Siege match.

Playing with two friends, Extraction’s mission-based structure and horde-mode shooting scenarios shines brightest. You can cover more ground, watch each other’s backs, and revel in the crazy scenarios thrown your way as you proceed through each level. One match, we combined Alibi’s throwable holographic decoy with Ela’s stun grenades while Sledge hammered his way, literally, to the escape pod with the asset we were rescuing, the AI reacting to our desperation accordingly by spawning a gaggle of fast-crawling bastards to chase our friend. But playing solo, surprisingly, offered up its own satisfying challenges; you have to make more use of gadgets to cover your own back, and be far more conservative when deciding when to progress. All objectives, though, are much do-able when alone, and all the more rewarding when pulled off. 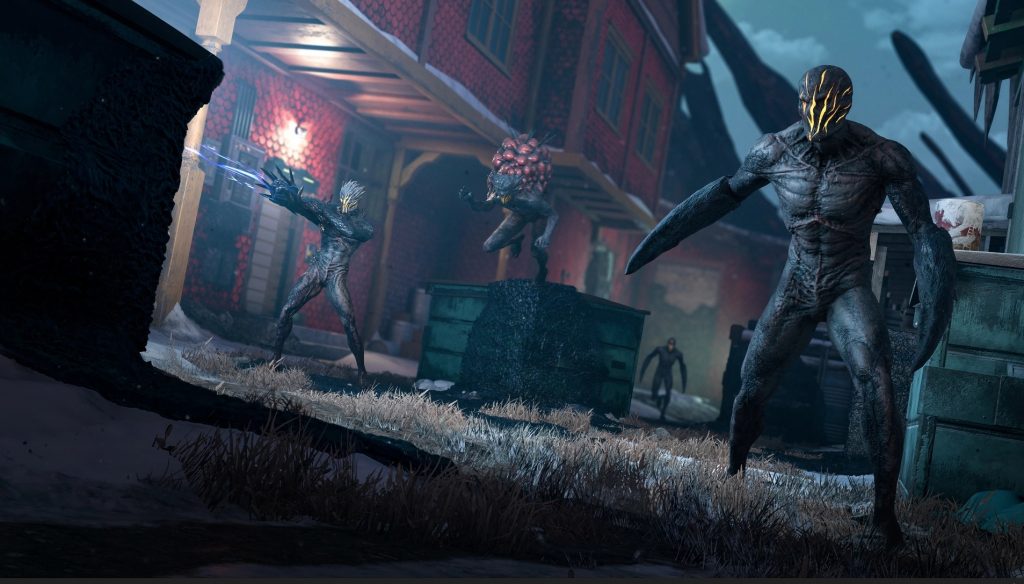 Of course, the superb gunplay wouldn’t be as fun if the enemies aren’t fun to shoot. The Archeans, while interesting in concept and lore, aren’t as visually distinct as your average horde shooter’s zombies or demons – they sort of blend into the usual gaggle of sci-fi parasitic alien tropes. But in terms of functions and challenges, they’re definitely enjoyable to conquer. The bloaters, sowers and lurkers are similar to what you’ve already been shooting in other games like Left 4 Dead (damage-dealing exploders, fast-crawlers and sneaky bastards, respectively), but there are others, like the Tormentor (think very scary, very dangerous alien overlords) and rooters (who can spread the parasite virus to immobilize you) that mix up the gameplay nicely. The best are the Proteans, terrifyingly powerful Archaeans that act as a mini-boss at the end of certain missions, that take the form and abilities of certain operators to throw it back into your face in truly intense, high-stakes firefights.

The maps of Extraction, thankfully, make up for the Archeans blending together; from infiltrating up-scale New York apartments to sci-fi research centers to overrun casino resorts, all four launch maps and three sub-zones each are dense with environmental storytelling, narrative context, and tactical opportunities in terms of where and how you decide to move to objectives. And while maps are fixed, with the enemy placements and goals randomised, you can’t always rely on the same route or fall-back point to succeed, and there’s a big emphasis on adapting on-the-fly which I believe will make or break the appeal of Extraction’s gameplay loop.  As for progressions, there’s a ton of other operators, loadouts, lore and missions to unlock as you complete missions and gain XP, and if it’s anything like Siege, I expect a steadily amount of new content to come in hot to keep the player-base engaged.

Reviewing Extraction on PlayStation 5, there is an additional layer of visual detail and smooth performance over the older Siege, and the game looks (above 1440p) and plays (60fps) great. From textures to character models to cinematic cutscenes, Ubisoft Montreal translates Siege’s artstyle into the slightly more sci-fi, while expanding the real-world setting of Extraction with its own distinct flair. 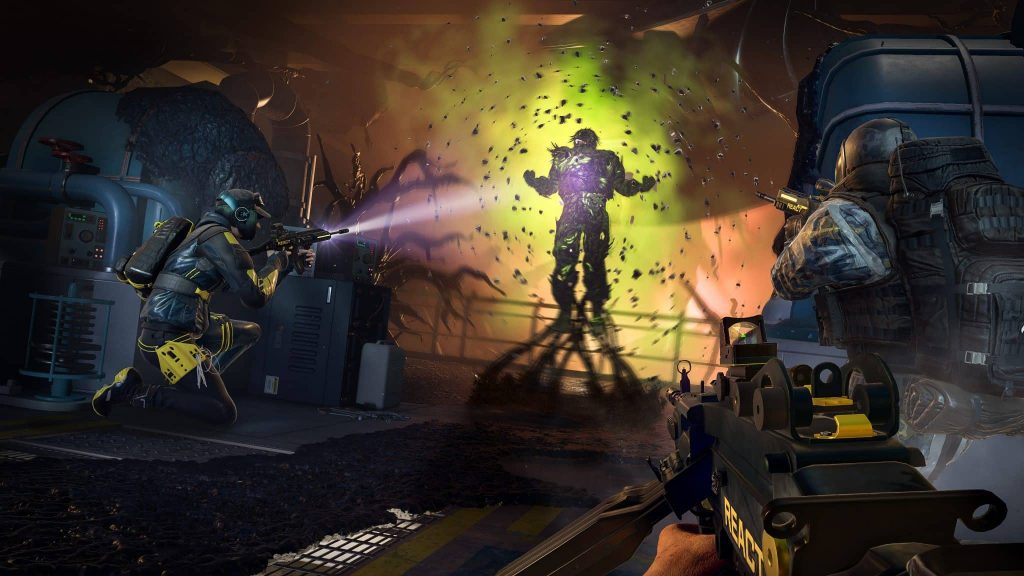 Being a co-op multiplayer-focused game, the review period was a little dearth of fellow gamers to play with, so I’ll be putting more hours into Extraction to test out the gameplay with the general gaming public before I give my final scored verdict. But so far, this unlikely spin-off has made a stellar first-impression, and if it receives the same level of support as Siege, it’s hard not to see Extraction’s PvE shooter formula evolve and come into its own as the original game did. 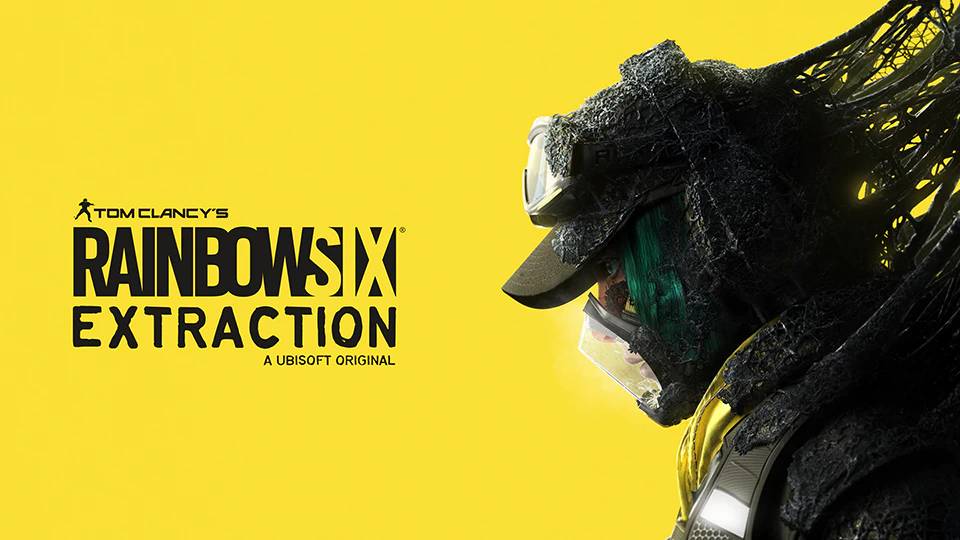