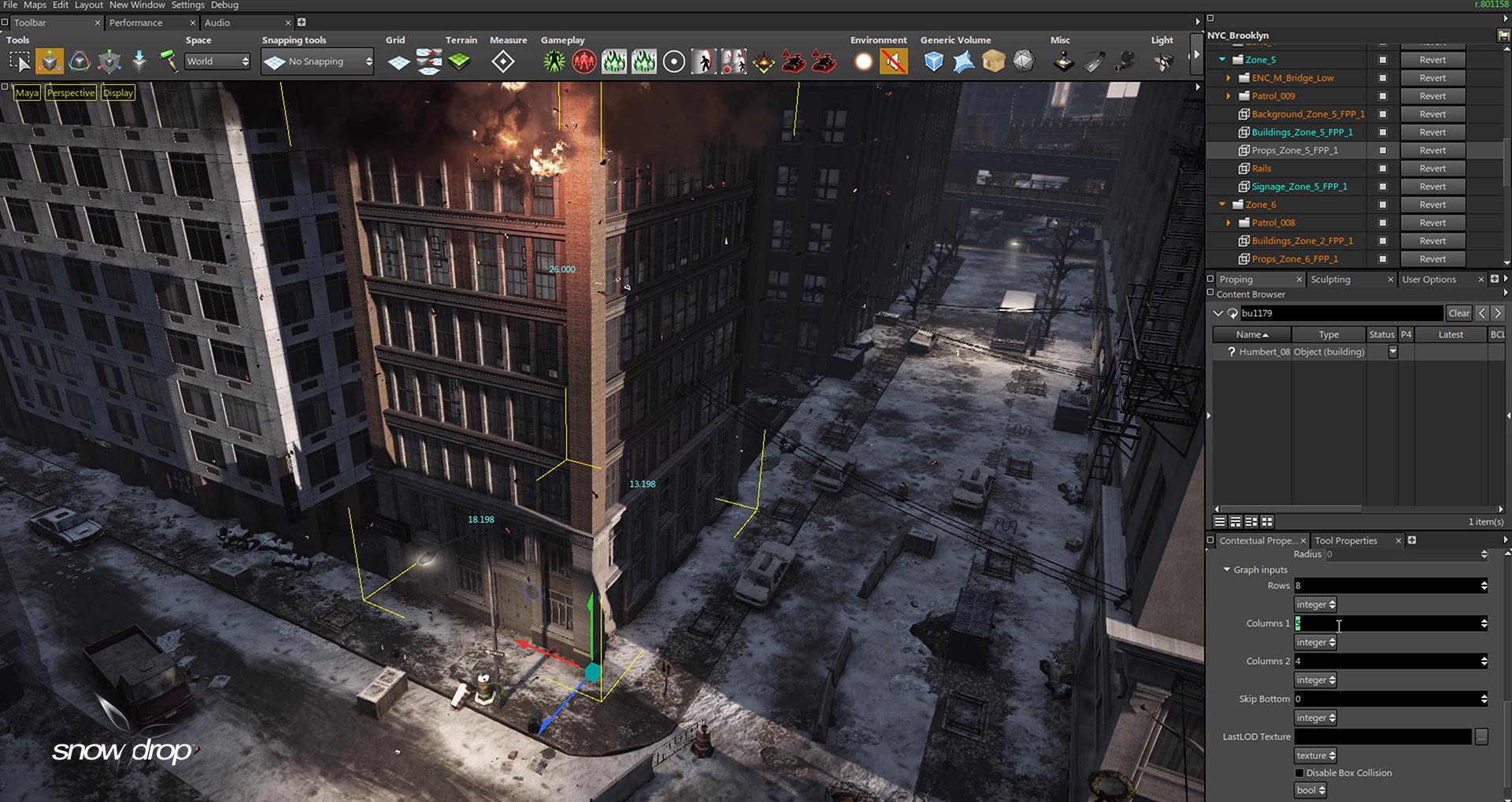 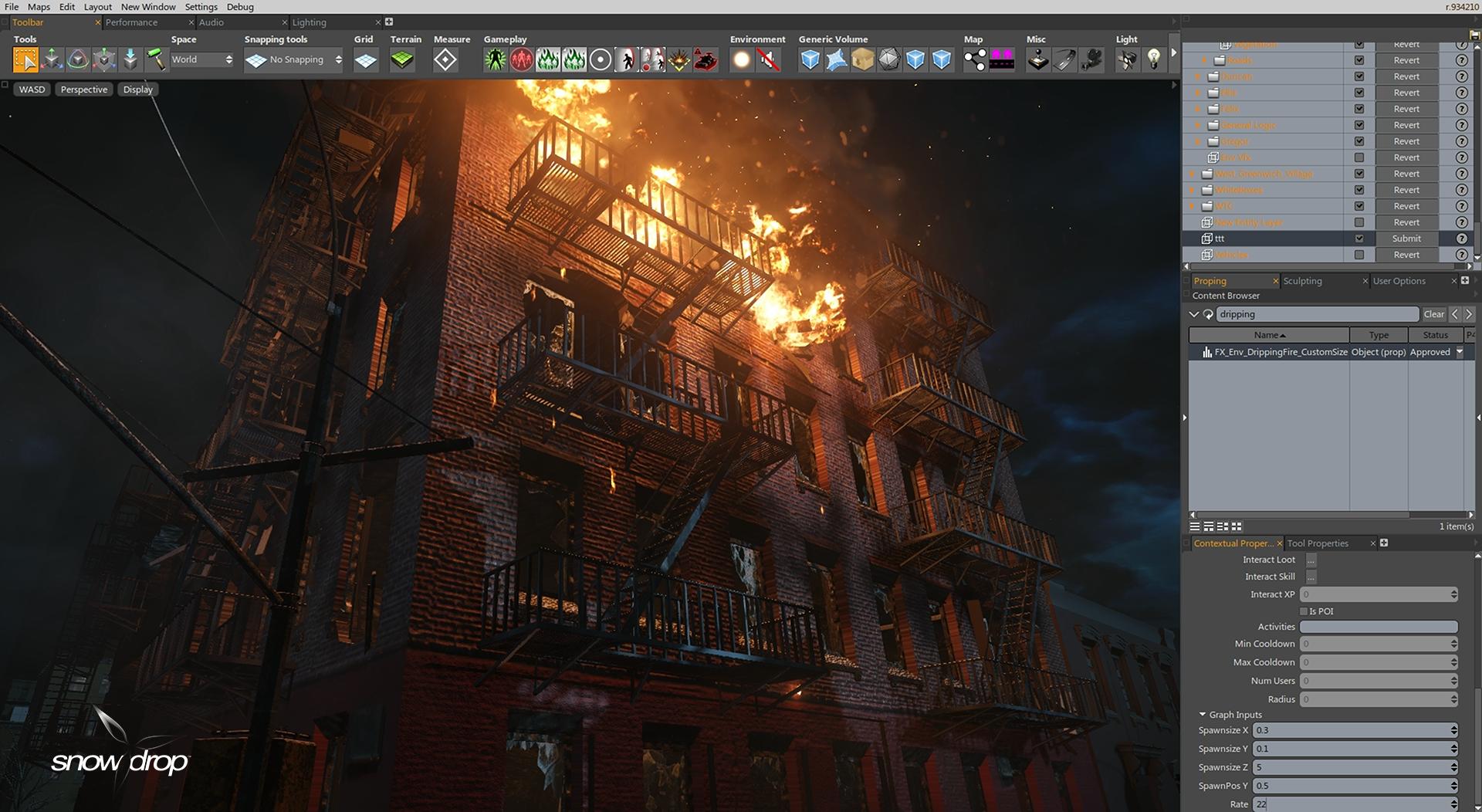 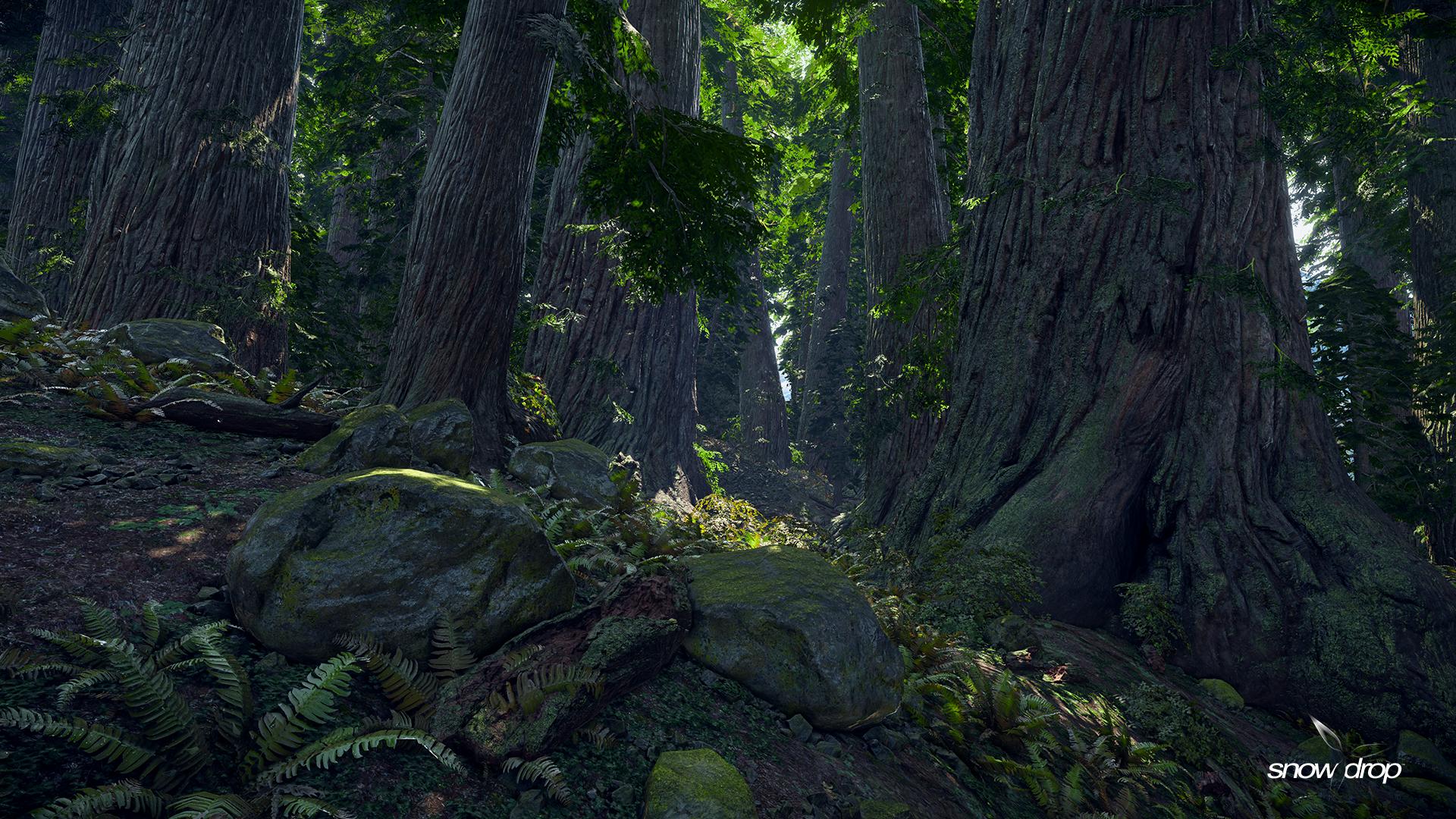 Could you explain the philosophy behind Snowdrop?

Snowdrop was created in-house, at Massive, in response to a specific requirement: to do things better, not bigger.

AAA game development projects are growing in scope exponentially, so we wanted to be smart and not rely on brute force. We needed an engine that would support how we work in the studio, promote creativity, and allow the freedom to experiment and prototype.

The result of this thinking was the creation of an incredibly powerful engine that truly empowers the content creators, and gives them as much control and freedom as possible to innovate and create amazing games.

What are the benefits of using Snowdrop as a tool, for a development team?

At its core, the Snowdrop engine is a node-based system, which is the beating heart of the engine. It affects all the systems of the engine, from rendering, to AI, to mission scripting and the UI.

Snowdrop is a dynamic, interconnected and flexible system where developers can create their assets quickly and interact with them in ways that have never been done before. The game and the editor are unified, and everything in the engine runs in real time, which means that the ongoing project is always playable. This is extremely useful and allows for the implementation of new ideas and creations instantly; providing the ability to check the consistency of the game world at any time.

The engine is extremely easy to set up and use, and gives the content creators the time and freedom to explore different directions. Working with the engine is like solving a puzzle, because it’s just a matter of how you combine different components together. It can also be compared to building blocks where you can quickly test an element and see what the impact is; allowing for innovation which may culminate into unexpected results that make the game stronger.

How is Snowdrop helping your team day to day, what new things does it enable content creators to achieve?

Thanks to the tools provided by Snowdrop, we can create more with less. The engine enables procedural creation of environments: with a limited amount of blocks, we can create huge and detailed worlds. We are also able to reach an unprecedented level of lighting fidelity with real time global illumination.

Thanks to the power of our technology, we have empowered our artists and thus can reach levels of quality never before seen in video games. With the usability of the tools, people really excel in what they create. This has resulted in amazing graphics, as well as unexpected new features and unique innovations that really push the engine, the power of the consoles, and the games we work on, forward.

Are there going to be forests, flies and turrets in Tom Clancy’s The Division, like we see in the Snowdrop video?

The forest shots, turrets and giant flies that you saw in the trailer are not part of The Division. This video is a technical demonstration, to display Snowdrop’s full capacities as a new generation engine.  Snowdrop is capable of creating a large range of varied universes, procedurally, and in an unprecedented level of detail.