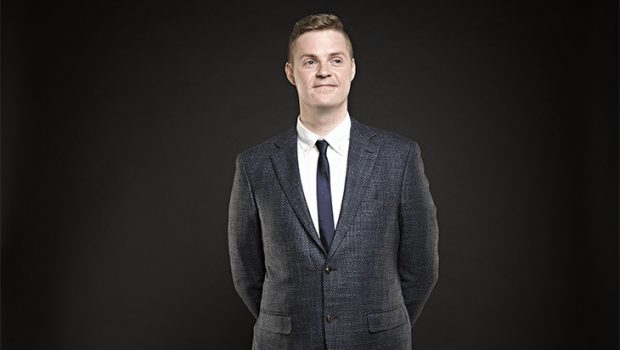 Summary: Tom Ballard hits another comedy ball out of the MICF!

Comedian and TV/Radio personality Tom Ballard returns to the Melbourne International Comedy Festival for 2017 with his highly amusing and at times risqué show called Problematic. Problematic is also a brilliant social commentary on Australia itself as Tom successfully captures the outrageousness of our culture and dances across the borders of political correctness (or PC for short) with his sharp wit that not only makes you think (especially with his double meanings) but have a fantastic time in the process.

As soon as Tom steps on stage and commences Problematic, you immediately know that you are in for a treat by his larger than life presence and classic facials as he unleashes a tirade on all things holy and at times quite absurd. Furthermore, Tom serves as mirror to society as he explores the psyche of not just Australia but also the world. Another great aspect about this comedian is that Tom is not afraid to say it how it really is which provides some very interesting commentary about this interesting world that we live in… but with the backdrop of great comedy!

So whether he’s talking about sexuality, suburbia or politics, he creates an intricate web of facts and theories before unleashing another round of his flawless humour. Tom also cheekily lets the audience know that if aliens arrived on planet, he would skirt around the topic of being human and let them know that we are not ready for visitors… take us to our leader really does have a new meaning now.

So while he touches upon politics (e.g. President Trump wanting to bang his daughter) or how David Oldfield (yes, he had sex with Pauline Hanson), the ex-One Nation politician rubbed him the wrong way on the SBS series First Contact to how he was brought up in middle class and living in a protective bubble, it’s all very relevant. Sure, some of the language used by Tom isn’t for everyone (lots of C and F bombs) as he unleashes his entertaining ramblings but somehow it works and it works very well. He even discloses that even for him, he laughs at things that may not be PC but these moments just help establish the rapport with the audience even more.

Tom also has a go at Melbourne when some of the audience failed to get the joke, noting that they are now lower than Adelaide which eventually gets to Brisbane. Given that, there is some audience interaction, including some priceless ‘middle-class’ heckling when Tom was miming sex as someone yelled that he was skiing to a guy called ‘Elliot’ whose friends were laughing when Tom kept referring to this town in Northern Territory. Furthermore, seeing Tom portray the heterosexual and PC offended male is comedy gold, especially his story on visiting a crocodile park in Western Australia or how the words ‘dining-in’ and ‘McDonalds’ should never be used together.

Tom Ballard really delivers some fine humour with his new show Problematic that is far from a problem but an interesting look into society and those that dwell with these walls, including what’s right and what’s wrong. As he touches on real-world issues such as disability, PC and of course politics, Tom succeeds on all levels with Problematic being not just a real-world story but one filled with outrageousness and clever humour that at times almost made me cry from laughter.