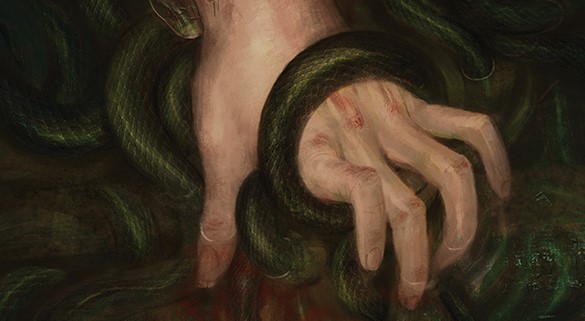 TOIL AND TROUBLE HITS THE DEEP SOUTH IN REDLANDS!

“Redlands is my sick, weird love letter to Stephen King, Florida and Riot Grrrls everywhere but ultimately, hate mail for everything else,” said Bellaire. “Inspired by the strange complexities of real world politics and crime, the characters of Redlands play victim and villain, attempting to understand themselves and others, through murder, magic and mayhem.”

REDLANDS introduces readers to the sleepy, sunny town of Redlands, Florida where the police are failing to maintain control of their old-fashioned community and a coven of killer witches plan to take everything from them.

Del Rey added: “The world of Redlands was brewed in darkness, it is murky waters, it is a gloomy day in the humidity of the mangroves. There is ferocity in this land, it is savagery that goes deep noir. The stories that develop in this world are as intricate as the etched lines that depict them.”

Marrying the sexy, witchy-goodness of Greg Rucka and Nicola Scott’s BLACK MAGICK and Melissa de la Cruz’s beloved Witches of East End with the deep-South atmosphere of Jason Aaron and Jason Latour’s SOUTHERN BASTARDS and American Horror Story: Coven, REDLANDS is set to be the horror series of the summer. 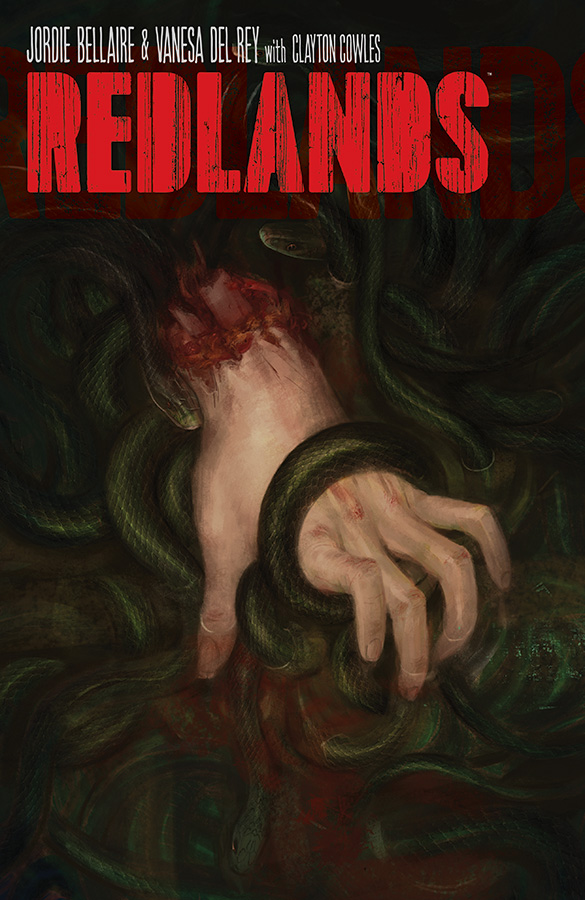