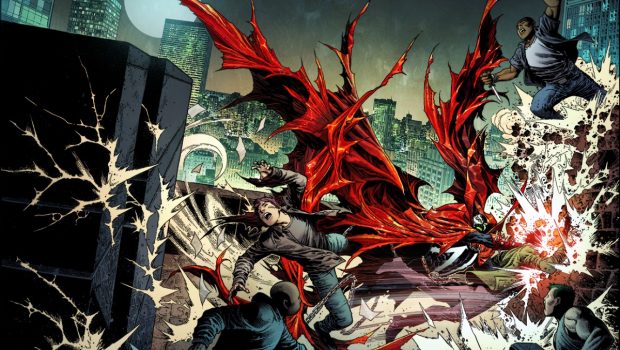 TODD MCFARLANE ANNOUNCES FOR 2021, HIS NEW ATTEMPT AT
CREATING A SHARED UNIVERSE OF COMIC BOOK CHARACTERS 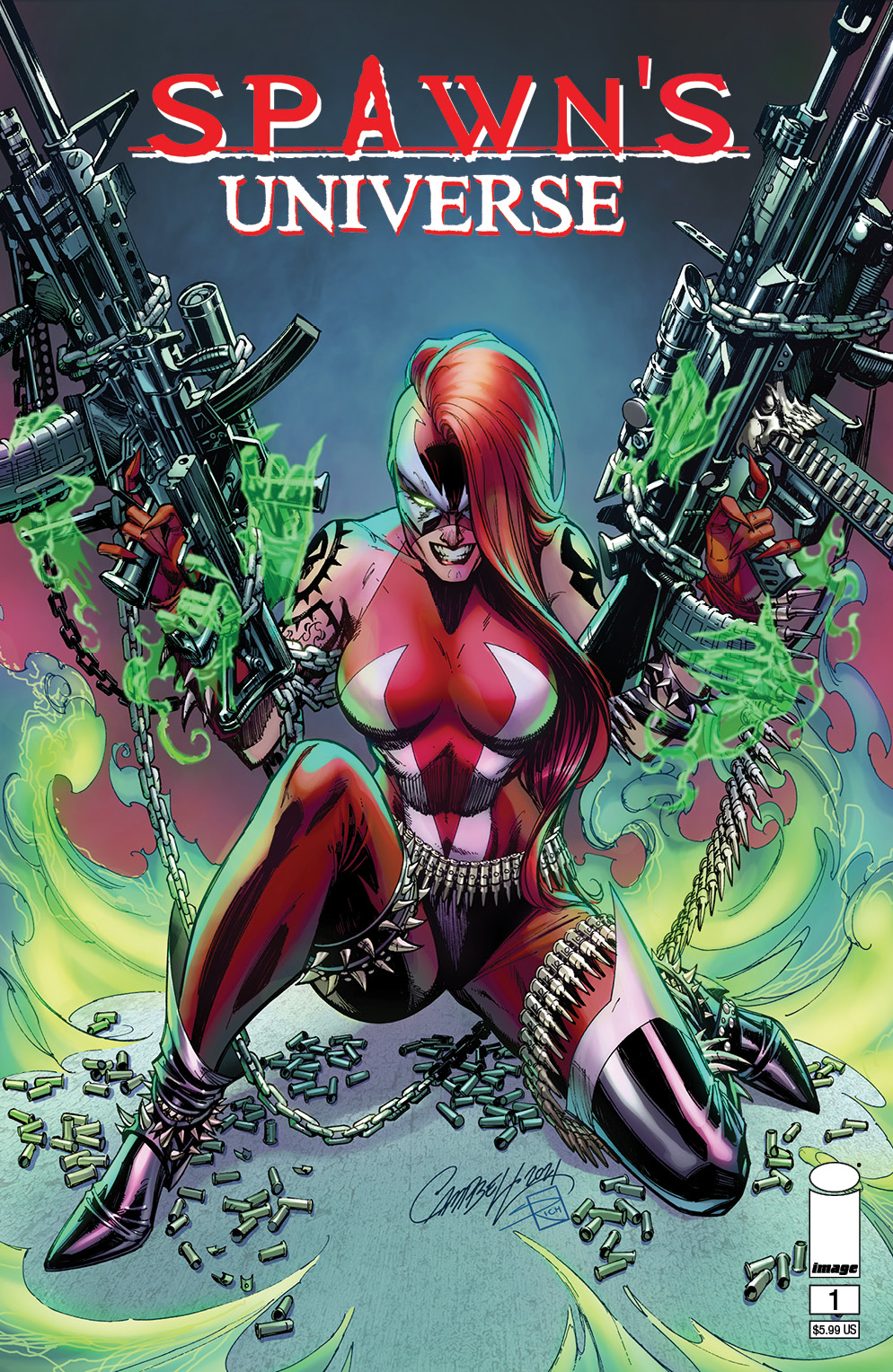 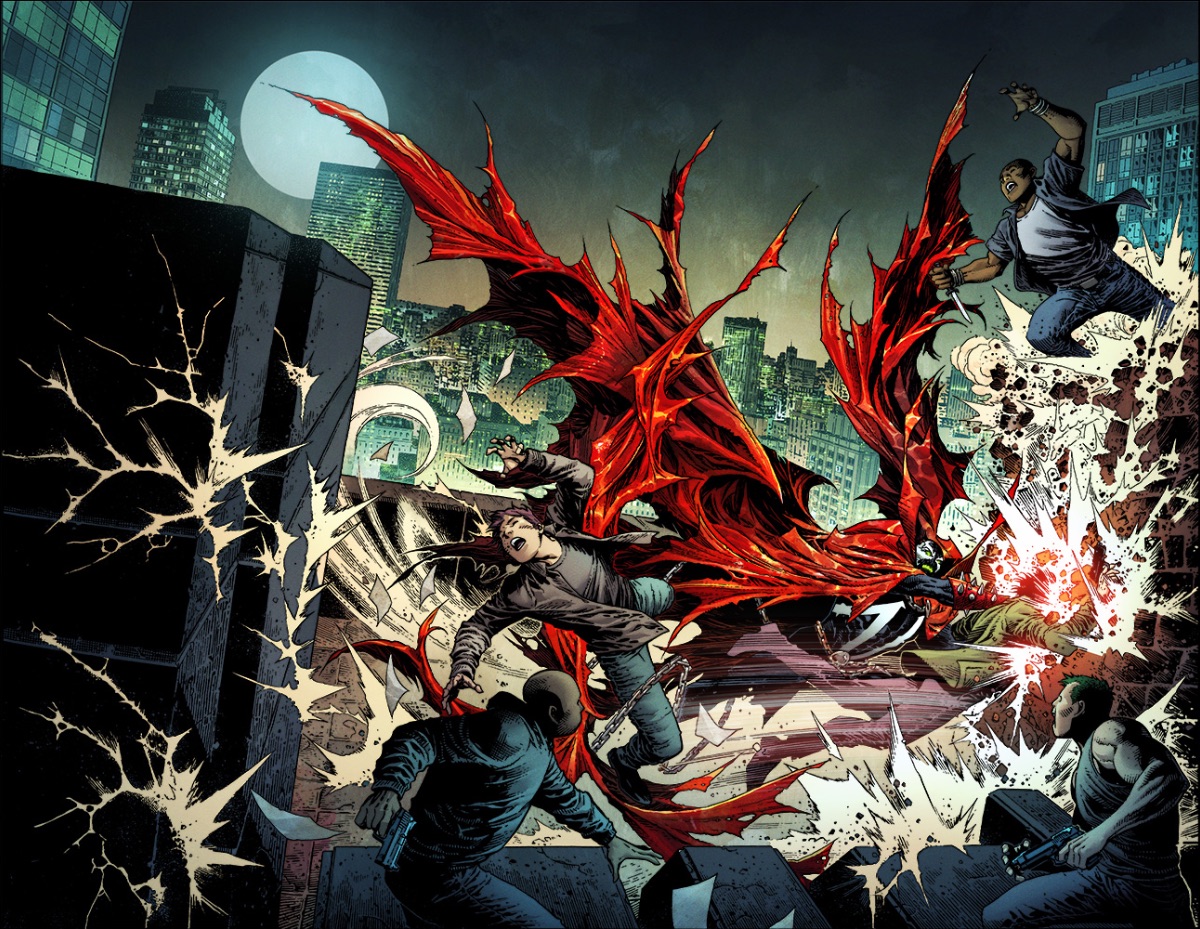 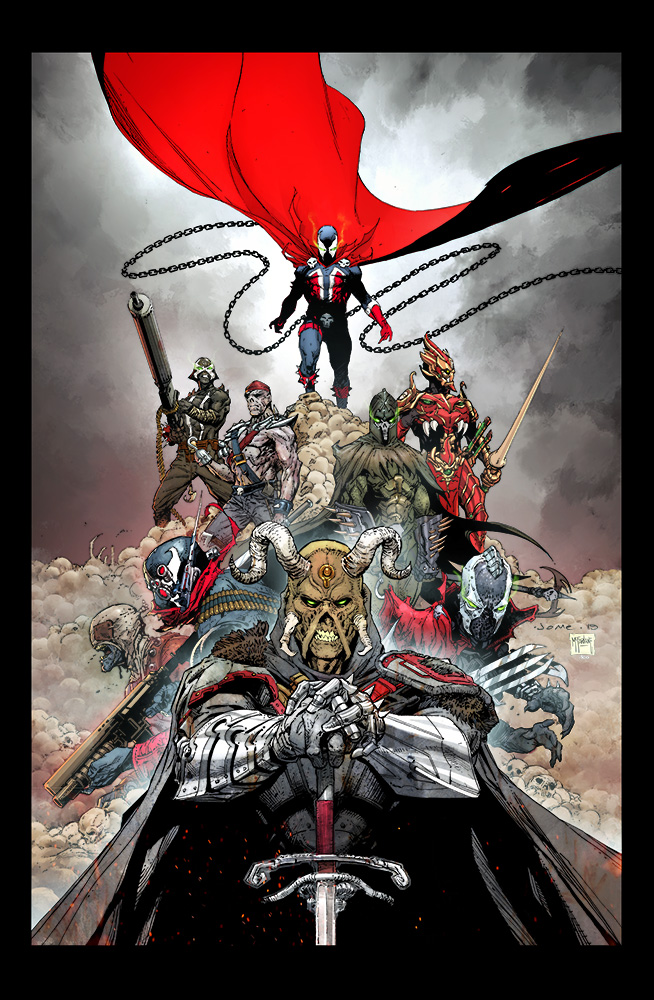 Image Comics’ President Todd McFarlane announced his bold attempt at creating his own multi-character, interconnected comic book universe. His stated goal is to establish a shared fictional universe over time in the vein of what the other comic industry giants, Marvel, and DC Comics, have accomplished with their comic book universes.

The announcement was given by McFarlane during a first look presentation at the Direct Market Retailers at the Annual ComicsPRO Conference.

The character Spawn, created by McFarlane, will be at the forefront of the initial launch of new titles, but the long-term goal is that Spawn will become but one of many characters that will succeed not only in the comics industry but in many mediums across the globe.

McFarlane will capitalize on the twenty-eight-year success story of Spawn, which has seen sales increase between 150 to 600% from pre-pandemic orders. The Spawn title currently is a top five monthly selling title on the Diamond Distributors Top 100 Chart. Recently, a new release of a Spawn figure on Kickstarter set a new Kickstarter record, in its category, for raising just under $3.5 million in 30 days. That figure was also recently awarded the prestigious People’s Choice 2021 Toy Of The Year (TOTY) by The Toy Association, Inc.

As part of his announcement, McFarlane announced four new titles coming out in 2021, with three of them continuing on as regular monthly titles, meaning that there will be an opportunity for fans of the Spawn character and his new expanding world to get their stories from it on a weekly basis instead of just twelve times a year.

“This is a long-intended plan that will need the help of dozens and dozens of creators to help create hundreds and hundreds of characters. And then to reward those creators if any of their ideas pay off in a big way outside of the comic industry. The quest isn’t to have our ideas exclusively live in the comic book industry but to have merit and value outside of that industry as well. My character Spawn has been an example of what can happen with creation… so, what are the possibilities if hundreds of creations are brought together? Marvel and DC Comics have shown us that a collective group of characters, together, in a shared universe can resonate globally. I think it is time for David to attempt to join the same arena as the Goliaths of the world.”

In June, in what McFarlane is calling “2021 the year of Spawn,” comic retailers will be able to order Spawn’s Universe #1. This will be a book that will set the stage with a story that will then spill out into the other new monthly titles. The first title will release in August with a book called King Spawn #1. The character Spawn will now join the rare company of stalwart characters, like Superman, Batman, and Spider-Man, that will have multiple monthly books for the same title character. It will also mark the first time in twenty-eight years that anyone can buy a monthly issue #1 Spawn book. Giving McFarlane hope of reaching a new generation of readers that missed out on the initial launch of the Spawn back in 1992.

In October comes the second new monthly called Gunslinger Spawn. This title character has been a huge hit among the fanbase the past year and each of his appearances has garnered enthusiasm at the stores and online.

Finally, there will be a new #1 team book, which will band five characters together to fight against forces too big for any of them to take on alone. That book is titled The Scorched. Spawn, Redeemer, Gunslinger, Medieval Spawn and She-Spawn begin the group’s adventures, but McFarlane promises a rotating cast of heroes over the coming months to keep the roster of heroes fresh. He also said that he will be bringing in new major villains into the fold, too.

All of this just continued to build on the mythology of Spawn and his world. The original Spawn book is one of the world’s bestselling and longest-running comics, with over 100 million copies sold in more than 120 countries.

In 2019, McFarlane made history with the release of the historic Spawn #300 and record-breaking Spawn #301. These milestones have earned McFarlane the Guinness World Records title for the world’s longest-running creator-owned comic book series. Spawn #300 became the second highest selling comic title and was also the only character to place two of its issues in the Top 11 for highest-selling issues for that year.

A new movie of Spawn is currently in development with BlumHouse Studios, Jamie Foxx, and Jeremy Renner, all attached to the project as McFarlane will be making his directorial debut on the film when it goes into production.