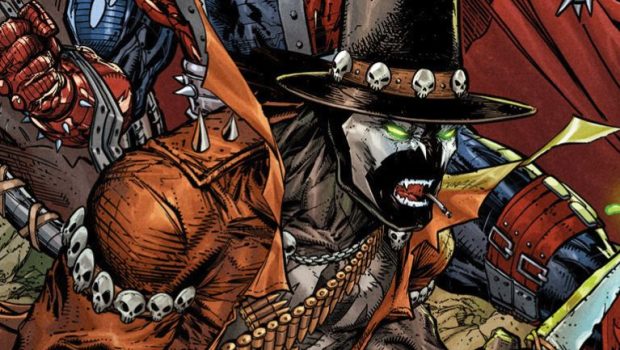 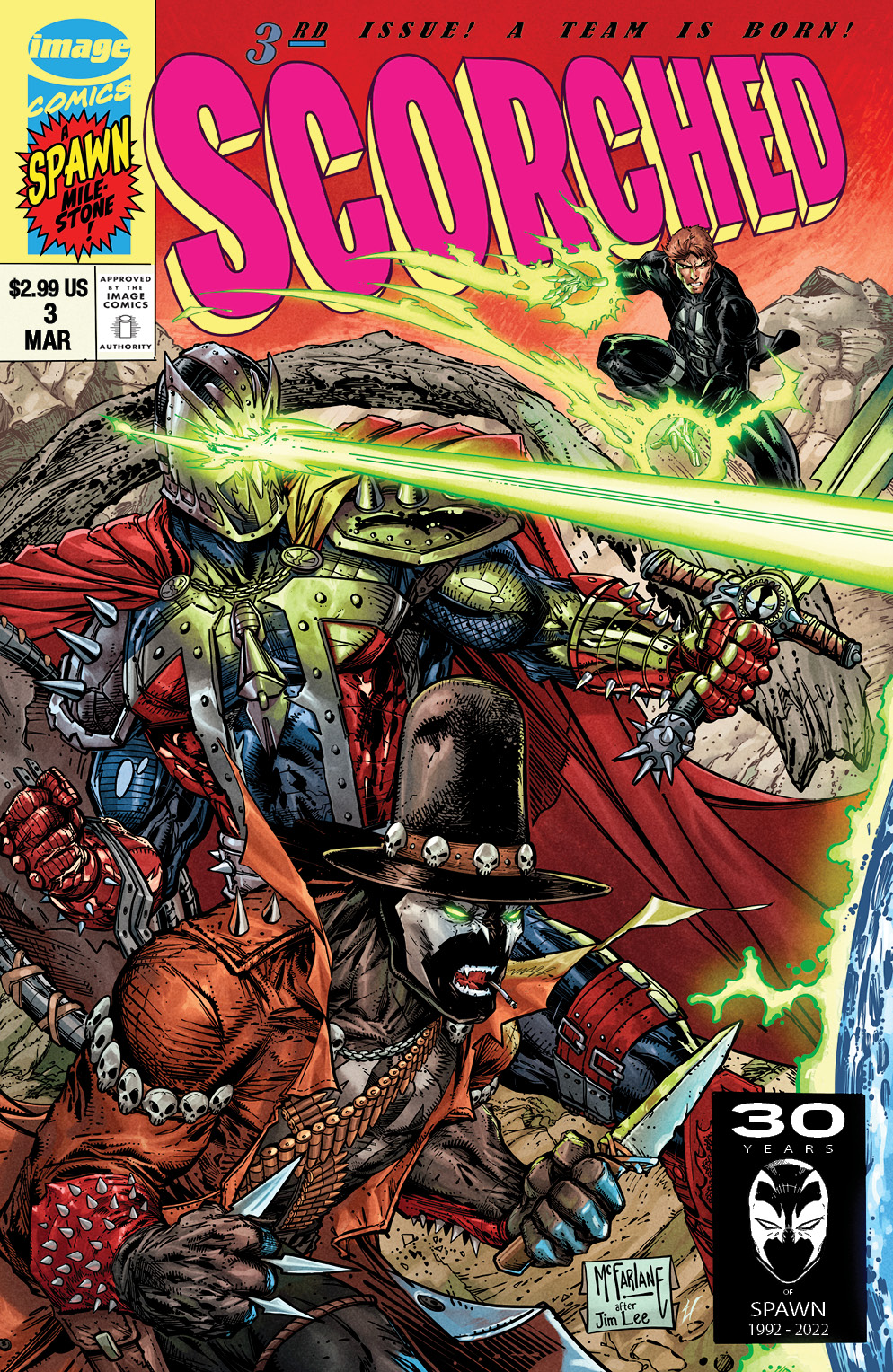 beginning with The Scorched issue #3. McFarlane has revealed the artwork for the first cover and announced he will be drawing three more connecting covers in the coming months. The Scorched issues #3 through #6 will all connect to create one stunning piece of artwork to help celebrate Spawn’s 30 year anniversary this year.

McFarlane said: “Over the years, I have what seems like hundreds of homage/parody covers based on my artwork. So, it is always fun to turn the tables and do an homage to other covers and/or artists whose work I have admired. This will mark my first attempt at tipping my hat to my friend Jim Lee’s amazing art. His career and the images he has given us have been an inspiration for many. I thought this image would be the best way to pay tribute to his talents.”

McFarlane’s The Scorched #1 launched in January 2022, bringing together the shared universe of Spawn’s best characters for three decades and puts them together into one title. It set the sales record for the “Biggest New Team Book” from the past 30 years. In addition to McFarlane, the creative team on the record-breaking title includes the creative team of writer Sean Lewis and artist Stephen Segovia.

McFarlane had four record-breaking titles in 2021, Spawn’s Universe #1, King Spawn #1, Gunslinger Spawn #1, and The Scorched #1 which became one of the biggest selling Image Comics books in the 21st century.

The EXTENDED retailer Final Order Cut Off for The Scorched #3 is Monday, February 21.