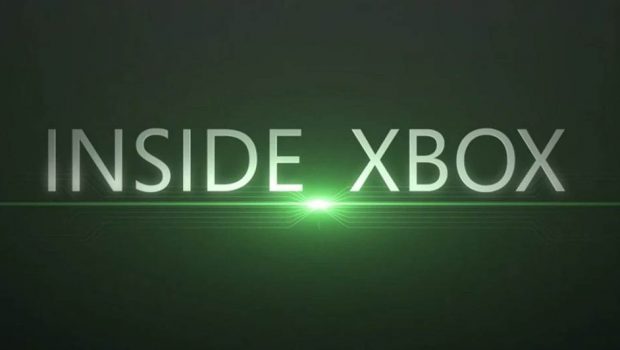 Today on Xbox: Everything We Announced at X019

By Will Tuttle, Xbox Wire Editor in Chief

X019 kicked off with the biggest episode of Inside Xbox ever, celebrating all things Xbox with an incredible slate of news, including over ten Xbox Game Studios games on stage, three brand new games revealed from Xbox Game Studios, and four more world premiere titles from developers around the world.

Inside Xbox was also home to big news from Xbox Game Pass (with 21 titles from developers in the ID@Xbox program coming day one with Xbox Game Pass) and Project xCloud, as well as for revealing great new Black Friday deals for the holiday season. Read on for the full recap news from the show.

During the show, Obsidian debuted a trailer introducing Grounded – a brand-new Xbox Game Preview title launching in Spring 2020 with Xbox Game Pass. Studio Design Director Josh Sawyer and Senior Programmer Roby Atadero joined us to share the inspiration behind Grounded’s development before Obsidian became part of Xbox Game Studios. We also received insight into how Obsidian is injecting narrative and RPG elements into the survival genre with this title. Obsidian closed by highlighting the importance of community involvement for the on-going development of Grounded. Grounded launches on Xbox One digitally through Xbox Game Preview and with Xbox Game Pass, the Microsoft Store, and on Steam this upcoming spring. For full details, check out our Grounded announcement post.

We announced that more than 50 new titles from over 25 of our valued partners will join the Project xCloud public preview, such as Madden NFL 20, Devil May Cry 5, and Tekken 7. In 2020, we’ll bring Project xCloud to Windows 10 PCs, and we’re collaborating with a broad set of partners to make game streaming available on other devices as well. We’re also expanding support to more Bluetooth controllers, including the DualShock 4 wireless controller and game pads from Razer. Moreover, in 2020, we are expanding the Project xCloud preview to new markets, will enable gamers to stream Xbox games that they already own or will purchase, and will add game streaming from the cloud to Xbox Game Pass. For all of our Project xCloud announcements, take a look at our X019 Project xCloud post.

Executive producer, Louise O’Connor, appeared on Inside Xbox and shared a glimpse of Everwild, the next new IP from Rare. The team are passionate about creating something special and this first reveal is just a taste of the magical, natural world the team at Rare are bringing to life. There will be more to share at a later date, for now to watch the trailer again, head over to www.xbox.com/games/everwild or take a look at our full Everwild announcement.

The Seabound Soul and Fire comes to Sea of Thieves

On Inside Xbox, Sea of Thieves debuted details for the game’s latest FREE monthly update arriving on Nov. 20 “The Seabound Soul,” This update features an all-new, lore-focused Tall Tale quest for players looking to play their part in a thrilling story. Join Captain Pendragon to uncover the mystery of the feared ship, the Ashen Dragon, and reveal the secrets of a sinister new threat. This update also brings the heat to Sea of Thieves with the introduction of firebombs! This explosive ammo can be thrown or loaded into cannons to put a fiery panic in the hearts of opposing crews in both Adventure and in The Arena. To find out more go to www.seaofthieves.com.

Peeling Back the Layers of Bleeding Edge

On Inside Xbox, a new trailer for Bleeding Edge was revealed by Creative Director Rahni Tucker, along with the March 24, 2020 launch date and pre-order. Pre-order incentives include Closed Beta access on February 14, 2020 and Punk Pack bonus in-game cosmetics. Bleeding Edge will be available with Xbox Game Pass. For complete details, check out our X019 Bleeding Edge blog post.

DONTNOD Narrative in Tell Me Why

On Inside Xbox, Xbox Game Studios revealed Tell Me Why, an exclusive new narrative adventure from DONTNOD Entertainment, the studio behind the beloved Life is Strange franchise. All of Tell Me Why’s gripping chapters will release Summer, 2020. For more information please visit www.tellmewhygame.com and take a look at our Tell Me Why announcement post.

On Inside Xbox, 343 Industries Community Director Brian Jarrard appeared onstage to announce that Halo: Reach lands in Halo: The Master Chief Collection on December 3 sharing a stunning, all-new new launch trailer. Brian announced that players can get started today by pre-installing on Xbox Game Pass or pre-ordering on either the Microsoft Store or Steam. To find out more, go to xbox.com/halo.

Today, the newly named studio World’s Edge revealed the first ever gameplay trailer for their highly anticipated upcoming game, Age of Empires IV, which included a special visit from studio head Shannon Loftis for an in-depth discussion about the future of the dedicated franchise. Shannon also introduced a brand-new launch trailer to celebrate the release of Age of Empires II: Definitive Edition, which includes remastered 4K graphics and a new expansion, The Last Khans. You can play Age of Empires II: Definitive Edition starting today on Xbox Game Pass, Windows 10, and Steam. Want to learn more? Take a look at our X019 Age of Empires update post.

Minecraft players were pumped to see Minecraft Dungeons Executive Producer David Nisshagen live on our stage to show us the all-new game. He talked through some key facets of never-before-seen gameplay as Game Director Måns Olson and Senior Producer Nathan Rose did a live demo of this new and exciting experience!

In celebration of the game’s continued early access rollout, we unveiled “Mobs at the Park” at X019 – the one-of-a-kind, life-sized statues of interactive mobs popping up in New York City, London and Sydney starting on Saturday, November 16. The statues are life-sized creations of the Muddy Pig, Moobloom and the all-new, amazingly-festive Jolly Llama which will feature a scannable QR code to play an exclusive new adventure built by the Minecraft Earth development team and allow players to receive exclusive access to the Jolly Llama in-game before it’s globally available in December. The pop-ups will be live in three locations around the world – Hudson Yards in New York City, the Queens Walk in London and Campbell’s Cove in Sydney – during the weekends of November 16-17, November 23-24 and November 30-December 1, from 10am-7pm local time. Everyone can stay tuned to Minecraft.net or @MinecraftEarth for more information.

inXile Studio Head Brian Fargo appeared on Inside Xbox to debut an all-new trailer for Wasteland 3, showing us some incredible new gameplay footage and unveiling the release date of May 19, 2020. On stage, Fargo explained the origins of this 80s-inspired post-apocalyptic world, as well as the brand-new story that will take place in the frozen wastes of Colorado. He also shared how the partnership with Xbox has helped to allow the team to make Wasteland 3 the biggest and best game of the franchise, demonstrated by their recent award of best RPG at Gamescom. You can pre-order Wasteland 3 today on Xbox One or Windows 10. Wasteland 3 will also be available on console and PC on day one with Xbox Game Pass.

Get Blown Away by the First Glimpse of CrossfireX Gameplay

Inside Xbox host @BennyCentral took us on a global journey from Seoul to Finland to Seattle to meet the teams working on CrossfireX, followed by the debut of a gameplay teaser trailer that gives fans just a taste of this massive FPS coming exclusively to Xbox in 2020. Stay tuned to xbox.com/CrossfireX for all the latest game news.

Catch the Drift in KartRider: Drift on Xbox One

If you’re looking for the ultimate challenge, DS Choi from the KartRider: Drift team unveiled what you’re looking for with their latest game. Pro racers and league champions Hojun Moon and Insoo Park demonstrated this racing experience by taking us through outrageous conditions at breakneck speeds with customisations to boot, proving this game will challenge even the most road tested when it comes to Xbox One.

We Feel the Force with an Exclusive Look at Star Wars Jedi: Fallen Order

Earlier today, Electronic Arts and Xbox debuted the co-created Become a Jedi video to kick off the X019 broadcast of Inside Xbox, as an invitation for all gamers to Jump In and indulge your ultimate Jedi fantasy. Following, Respawn Game Director Stig Asmussen provided an exclusive look at new gameplay leading into the game’s launch on November 15.

Today on Inside Xbox, Sega announced that Yakuza is coming soon to Xbox Game Pass. In a new trailer debuted today on the show, Sega and Ryu Ga Gotoku Studio’s cult classics Yakuza 0, Yakuza Kiwami 1, and Yakuza Kiwami 2 were revealed to be coming to Xbox for the first time. If you want to learn more, head over to our X019 Yakuza announcement post.

Play Around in Purgatory in West of Dead

Developer Raw Fury announced West of Dead, which lets you step into the boots of the dead man William Mason (voiced by Ron Perlman) and descend into the grim and gritty world of Purgatory in this fast-paced twin-stick shooter that’ll put your skills to test. Dodge behind cover as you try to outgun your enemies in the unknown procedurally generated hunting grounds. The Wild West has never been this dark. Sign up for the Open Beta today at westofdead.com.

Build a Village in a Twisted Mirrored Universe in Drake Hollow

The Molasses Flood announced their next game, Drake Hollow, a cooperative action village building game set in the Hollow – a blighted mirror of our world – in which you build and defend villages of Drakes, the local vegetable folk. Either solo or with friends, you explore a procedurally generated world of islands trapped in poisonous aether. You gather supplies, build networks to bring them back to your camp, find and rescue Drakes in the wilderness, raise them, and defend them from attacks by a menagerie of feral beasts. You need to balance your time carefully: what supplies are most crucial at any given moment, what does your village need: more resources to keep the Drakes thriving or more defences to help protect them while you explore.

Last Stop is the new game from Variable State, creators of the award-winning Virginia, and will be published by Annapurna Interactive. The game is a single-player third-person adventure set in present-day London, where you play as three separate characters whose worlds collide during a supernatural crisis. Last Stop is an anthology connecting three stories in one, centered on secret lives, the ties that bind, and how magic can be found in the mundane.

Embark on a Multidimensional Journey in The Artful Escape

A fresh, new peek of The Artful Escape was also unveiled during Inside Xbox. Developed by Beethoven & Dinosaur and published by Annapurna Interactive, The Artful Escape tells the story of Francis Vendetti as he embarks on a multidimensional journey to create his stage persona. The Artful Escape is an action-adventure, narrative driven, musical-laser-light-battle kind of videogame with dazzling visuals, killer music, and a soulful message about what it means to find your true self.