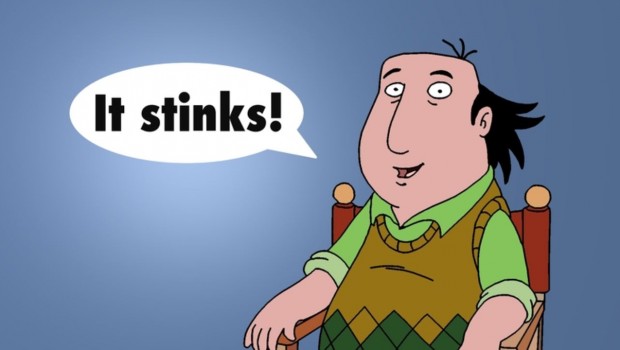 It is highly recommended that as a film fan you find your way onto a film media list. Watching films at a regular cinema is becoming ridiculously expensive and overpriced; media screening are a great alternative to not only seeing a broad spectrum of films before they’re released but to write about them and share your opinion with other people. Here are some points about attending media screenings, watching films and writing reviews. I felt Sara Bareilles’ song Brave was a nice accompaniment to what I’m saying here.

1. Be adventurous and open minded about your invitations. Be open to watching foreign films and independent movies, not just the summer blockbusters. Be prepared to watch boring, mediocre films sometimes. Not everything you see will be brilliant or so bad it’s funny. Your favourite director will not always be brilliant.

2. Make time for your writing. Don’t leave a review until a month after you’ve seen the film but don’t race home to write and post the review as quickly as possible either. Let yourself soak up the film, think about it and then shape your opinion. Your writing will also be improved significantly by the amount of time you put into and even more importantly, the editing process. Its easy to punch out a page but more difficult to refine it.

3. Be grateful and polite to the distributors and publicists. They are allowing you to watch movies for free and early and sometimes with free food and drinks. Being courteous in emails and in person and arriving on time to screenings does not go astray or unnoticed. This is a privilege after all. If they email you and ask for your opinion and feedback, be honest and polite.

4. Be bold with what you want to say and don’t be afraid to criticise a film just because it has a high rating on sites like Rotten Tomatoes or IMDB. If someone sends you an angry, flaming email about the review, at least you know they’re reading your work! Prepare to be the villain.

5. Find a unique idea, angle or reading. Film criticism is not as simple as liking or disliking something. It is about interpretation as well. Look for patterns both thematically and stylistically. Political and social readings (Feminist, Marxist, Liberal and yes if you must, even Conservative!) are all too rare these days. And don’t be afraid to switch between these, combine them or expand your criteria. Do not be boxed in by a single perspective or reading because every film is different (unless you’re watching a Marvel movie).

6. Proofread your writing. Your ideas might be interesting and complex but spelling mistakes and grammatical issues will detract from them. Also, fact-check your work for names of actors and dates films are released. You will not always be brilliant—it’s a painful fact of writing—but at least uphold your attention to detail.

7. Ask other people what they thought about the film at the screening and connect with film people on Facebook and Twitter (feel free to follow me here). They say, the only thing better than watching a great film is talking about it afterwards. Sharing and read other people’s work on social media might make them inclined to do the same for you. Don’t be overly serious or take it as a personal attack if someone has—gasp—a different opinion to you or your values aren’t in synch.

8. Do your research. Don’t be afraid to talk about who a director is, their degree, their history and personal context because all of this information can filter into the film you’ve recently seen and consequently, your review. For biopics, which are becoming more frequent, look up photos and videos to see what the subject really looked and sounded like and include this media in the review. Why not? Posting on the Internet offers these sizable advantages over print media, so use them to your full advantage.

9. Believe it or not, and this may surprise some of you, but there are great films that predate The Dark Knight. Films from the 1930s to the 1950s might some old and tired or boring to you. Keep an open mind because its eerie not only how good some of these films are but how their ideas and issues perpetuate into today’s world. Some of these films are far more economical than current movies in what they have to say. Building up your film history or library can be very useful as a reference point in conversation and reviews.

10. Films are not always about having fun. And there’s not a damn thing wrong with that. You must be prepared to accept that some of the best films you’ll see will be the most challenging, disturbing, weird and depressing experiences. They are likely to stay with you far longer than a polished summer blockbuster. If you have ever seen Amour (2012) you should know what I’m talking about. People say it is about being in the right mood. It is also as much about attitude.

11. Lastly, prepare to be surprised. This comes in many forms, like resisting watching every trailer for the new Bond film or Star Wars and all those pesky TV spots we’re oversaturated with before a movie is released. But it is also about accepting that a movie might exceed your expectations (yes you were wrong!) or something you were hyped to see didn’t deliver on its promise. Whether positive or negative, your response is merely indicative of your passion for cinema. And there’s nothing wrong with that.

If people have found this post useful, please let me know on Twitter (it’s very convenient to respond to) and I might update it with additional points.