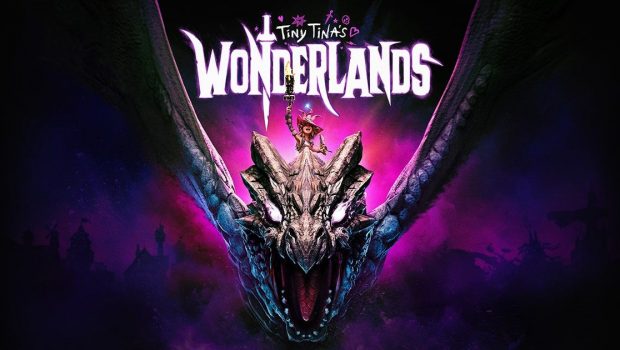 Over the last few weeks, I’ve had the pleasure of checking out a preview demo for the highly anticipated game, “Tiny Tina’s Wonderlands”, the latest addition to the extended Borderlands franchise and arguably the first true spin-off game for the series. In the same fashion as the 4th DLC for Borderlands 2; Tiny Tina’s Assault on Dragon Keep, Wonderlands takes place within the table top fantasy world of Tiny Tina’s favourite game, “Bunkers and Badasses”, a game that can only be described as Dungeons and Dragons on some form of LSD, narrated by a loveable psychopath, Aka, Tiny Tina. 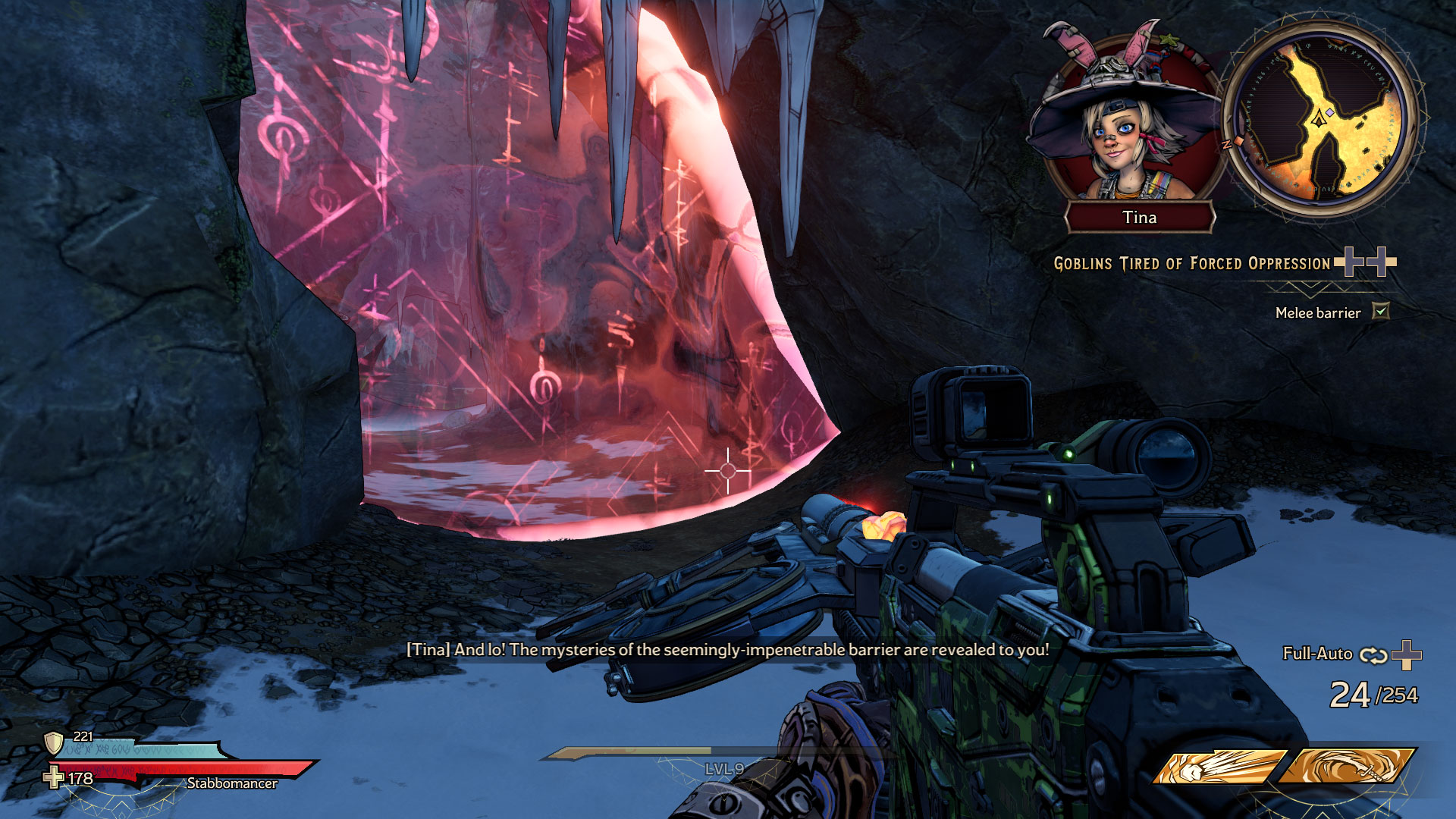 The demo takes place in the Mount Craw zone, a large region of caves and mountains, suitable for players around level 9-10, that are home to the goblins who are currently in the midst of rebelling against their “false” god, Vorcanar the Dragon and his horde of trolls. Here players will encounter Jar, a member of the “Goblins Tired of Forced Oppression” or G.T.F.O for short. With your help and willingness to kill things, Jar leads you through the caves as you liberate his fellow goblins. 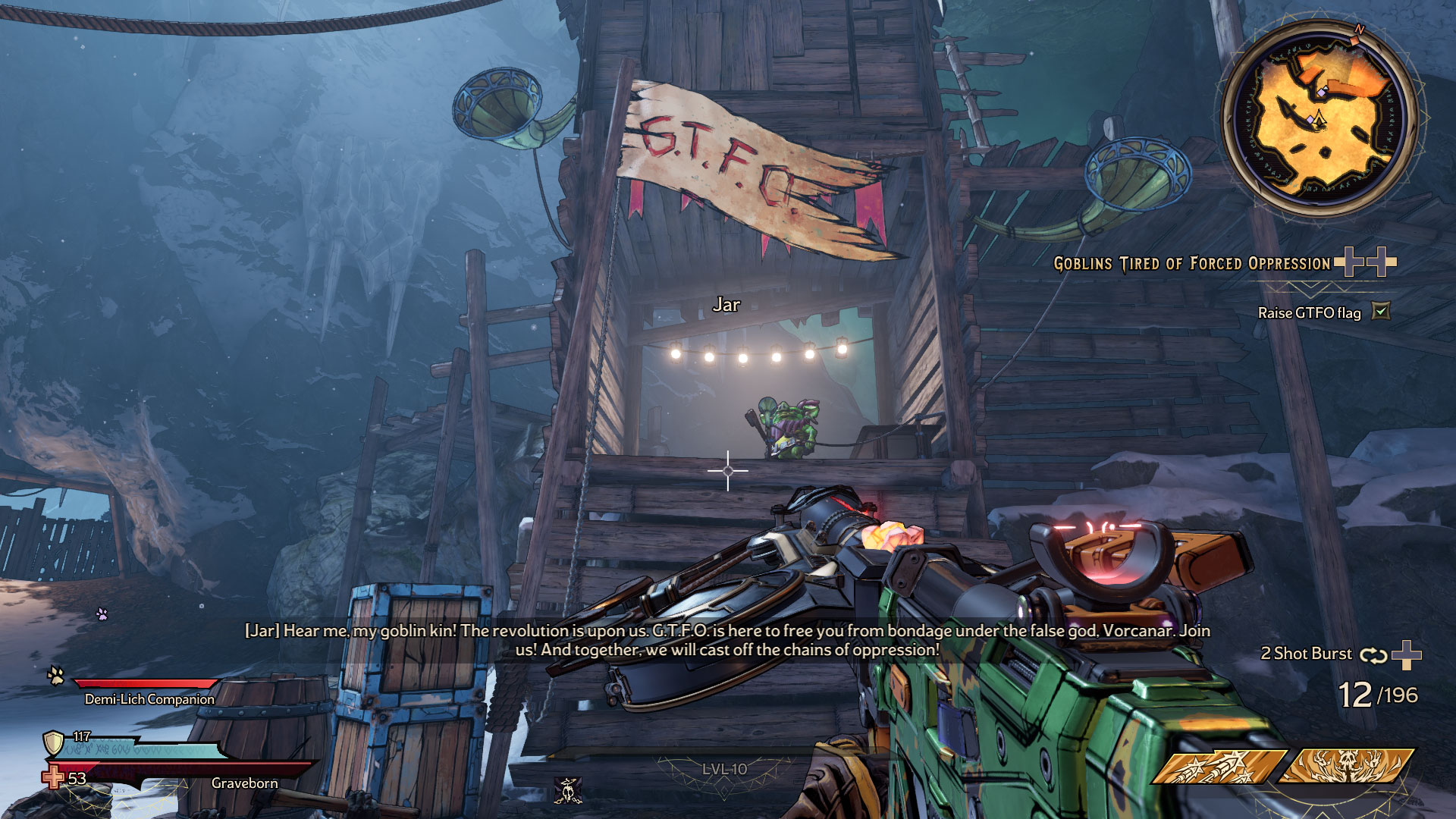 Starting at lv9 in the Mount Craw zone, I was able to get a good chance to try out two of the six-character classes that will be available in the official release: The dark magic wielding Graveborn and the sneaky Stabbomancer. Both characters play extremely different and are completely unique to anything else that I’ve seen in other Borderlands games. Starting with the Graveborn, a death cultist styled character who sacrifices their own health to unleash powerful magical attacks, they make valuable use of the new life-leaching weaponry and their Demi-Lich companion to stay alive. Playing this role solo does require a bit of practice as getting the timing right on their AOE self-healing class abilities can make all the difference in a fight. 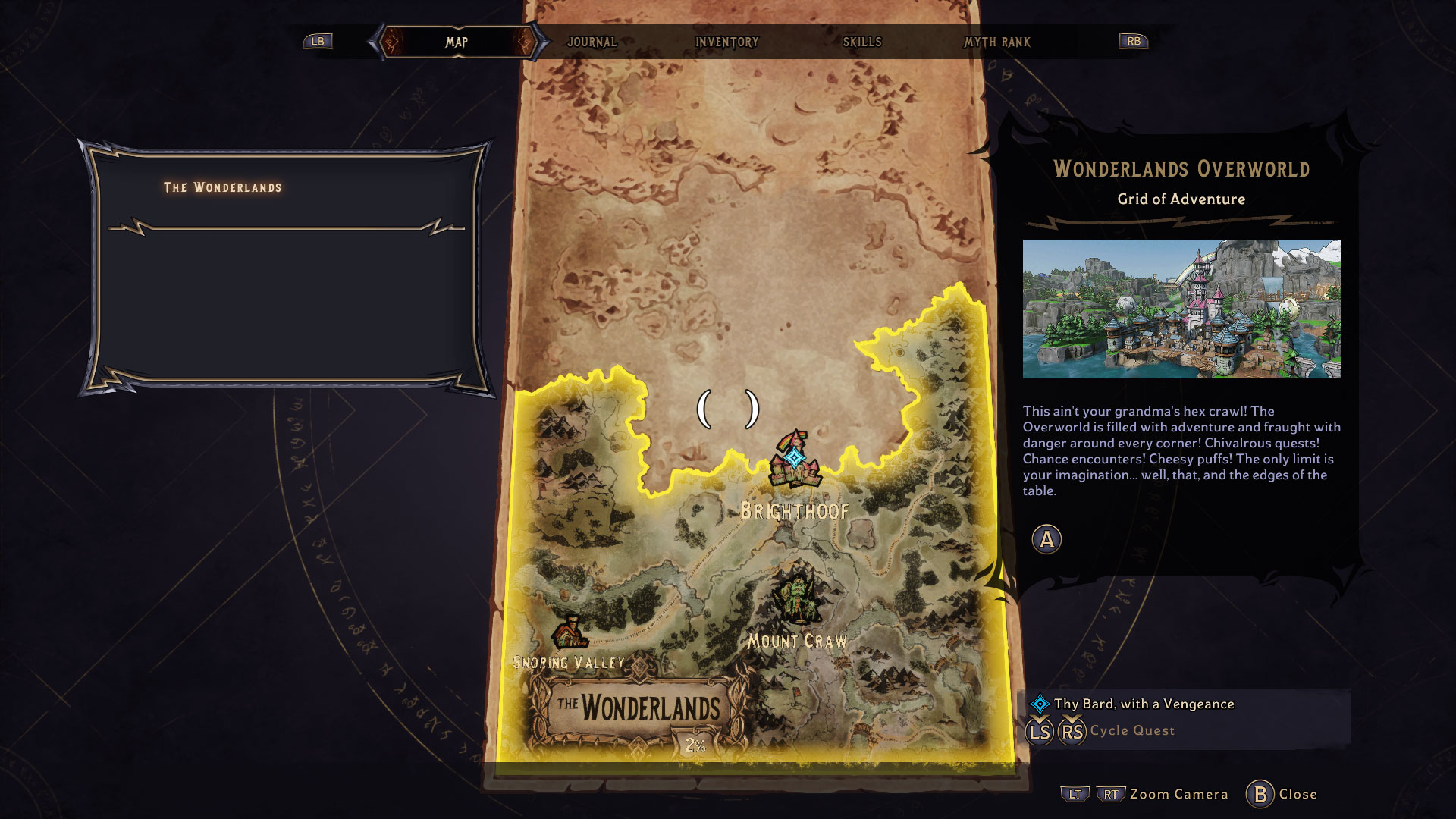 The Stabbomancer on the other hand is a very up close and personal kind of fighter, focusing more on short and close combat attacks that get stronger the more he keeps moving. His choice of ultimate abilities gives him the option to become invisible or summon a massive spinning blade dealing damage over time. Both abilities make him an excellent choice for solo and group campaigns, as he is able to move quickly to avoid powerful attacks and easily take out mobs. 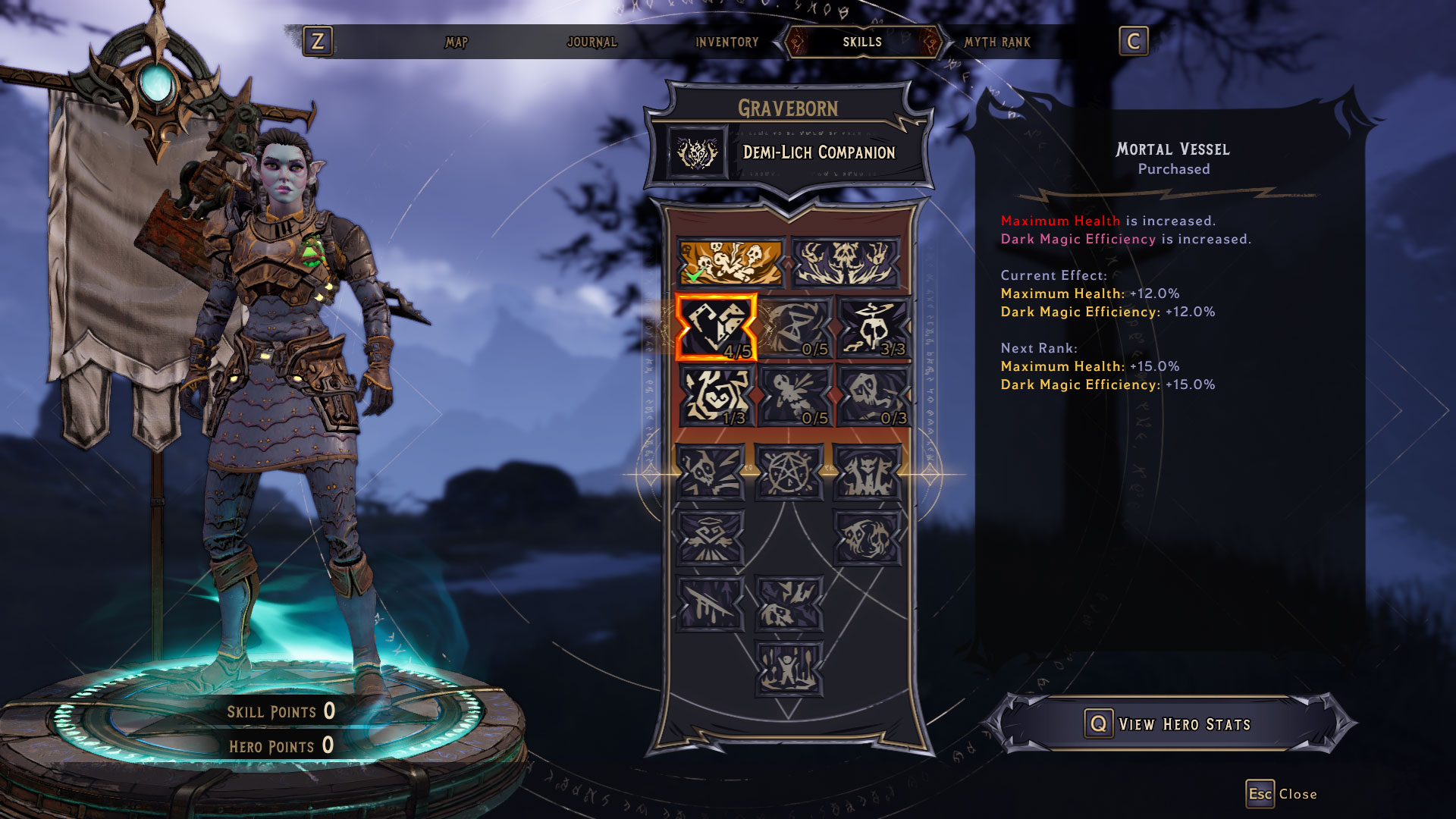 Both classes have strong pros and cons, which for me, shows a much broader range in play style options than seen before in other Borderlands games. Returning fans of the Borderlands games are going to see quite a lot of similarity when playing “Tiny Tina’s Wonderlands” but be prepared for some serious changes to the game mechanics you’ve become accustomed to. For starters, grenades are no longer a thing, as to be expected in a fantasy game, and are now replaced by magic wands that need to recharge over time before they can be used again. On the plus side, wands don’t require ammo, meaning, you’ll always have a range weapon available. No two wands are the same, each comes with its own crazy power, whether it be summoning a fiery meteorite from the void to fall and explode on your enemies, a life stealing shockwave the strikes everything along it’s path, or a series of elemental bolts shooting out of your hand, there is a wand for every occasion and they’re all worth trying out! 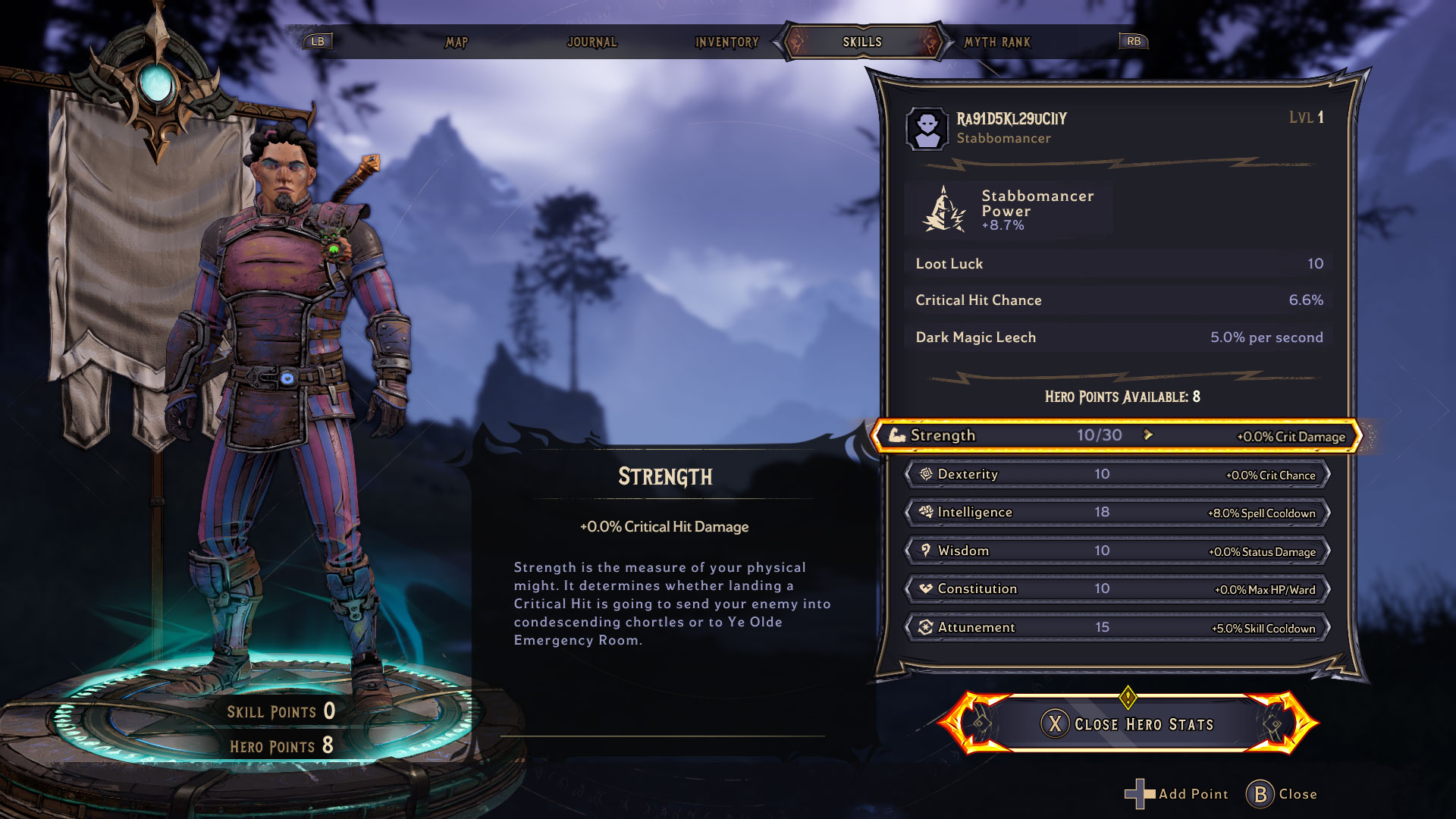 Keeping with the fantastic fantasy theme, weapons take on a much more magical tone with repeating crossbow rifles, crystal powered shotguns, magic powered machine guns, and melee weapons just to name a few of the exciting new toys you’ll be able to arm your character with. Each character can now equip 4 ranged weapons, melee weapon, two magical rings, a wand, body armour, and a necklace, thus giving players more character customisation than before. But if that wasn’t enough, there are plenty of aesthetic options available too. Unfortunately, some of these features weren’t available in the demo and the extent of these options are only speculation for the moment. However, given what we’ve seen in other Borderlands games, you could easily expect to have a lot of fun dressing up your character. 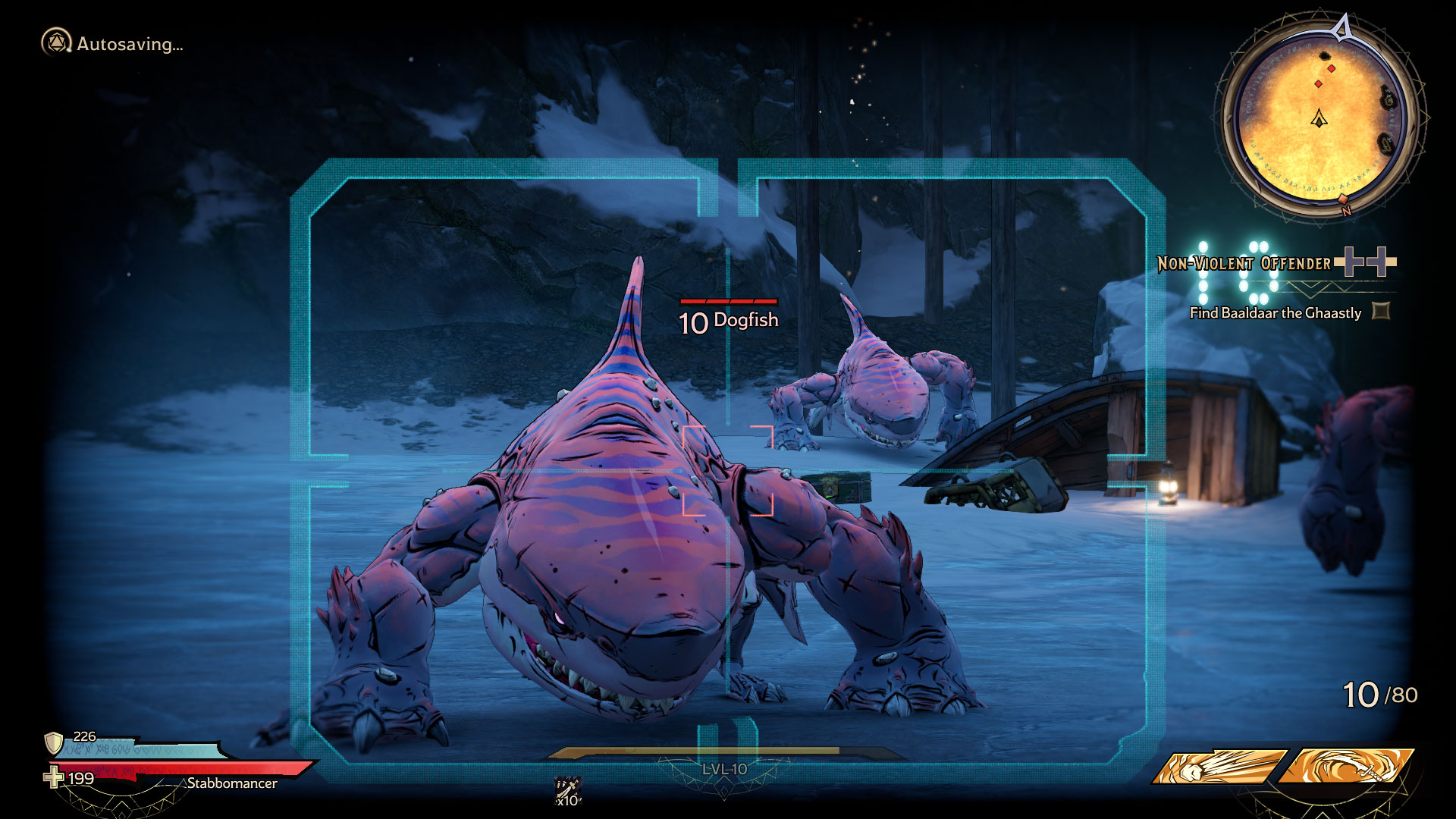 Without wanting to spoil too much for the upcoming game, I can easily say with confidence that this is a game worthy of getting excited about. Embarking on this adventure is going to mean all of the Borderlands comedy that you know and love mixed in with an array of vastly unique and challenging fantasy foes, each with their own unique fighting strategies. You’ll need to be on your guard as you progress further and further into the Wonderlands. 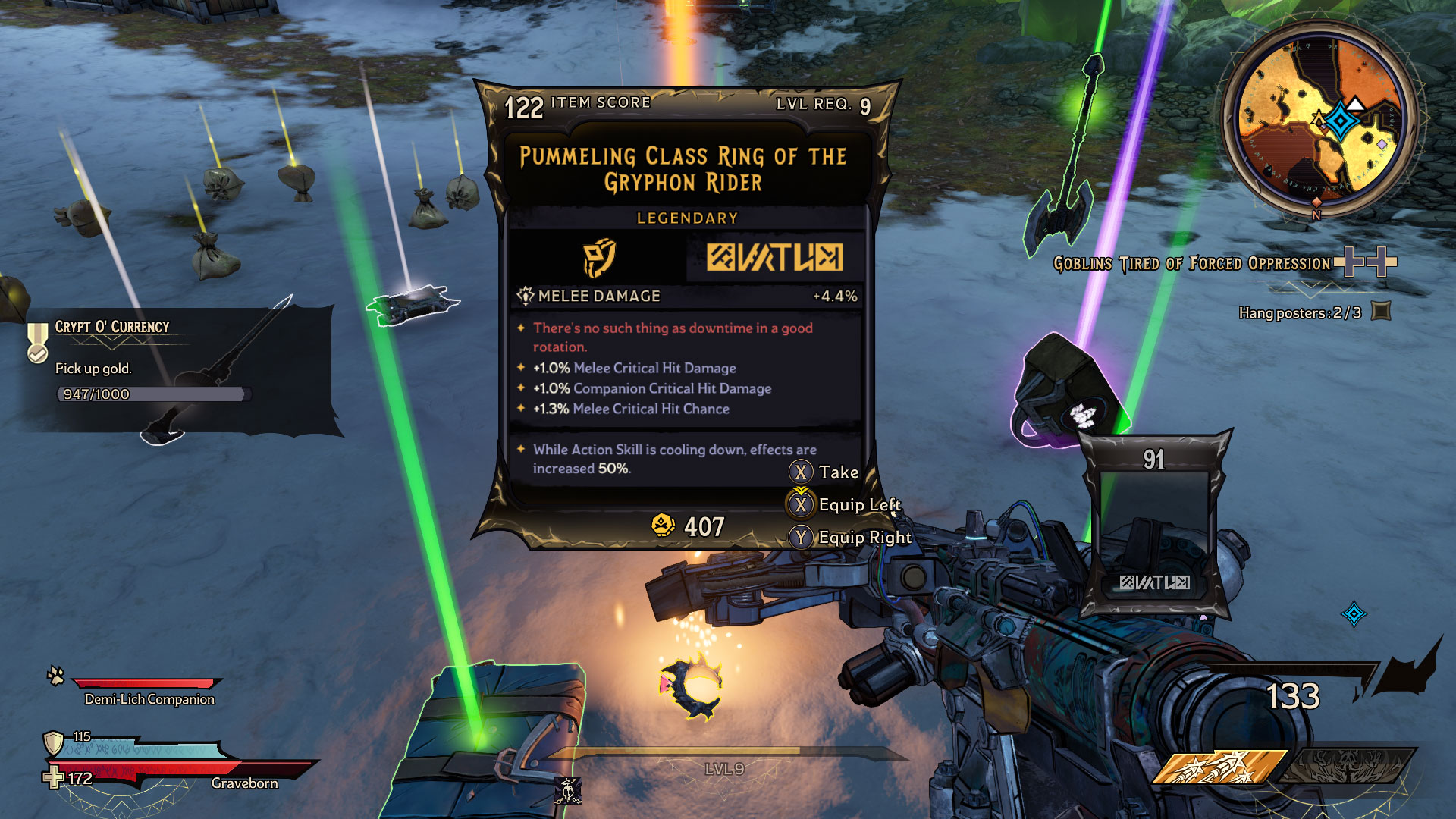 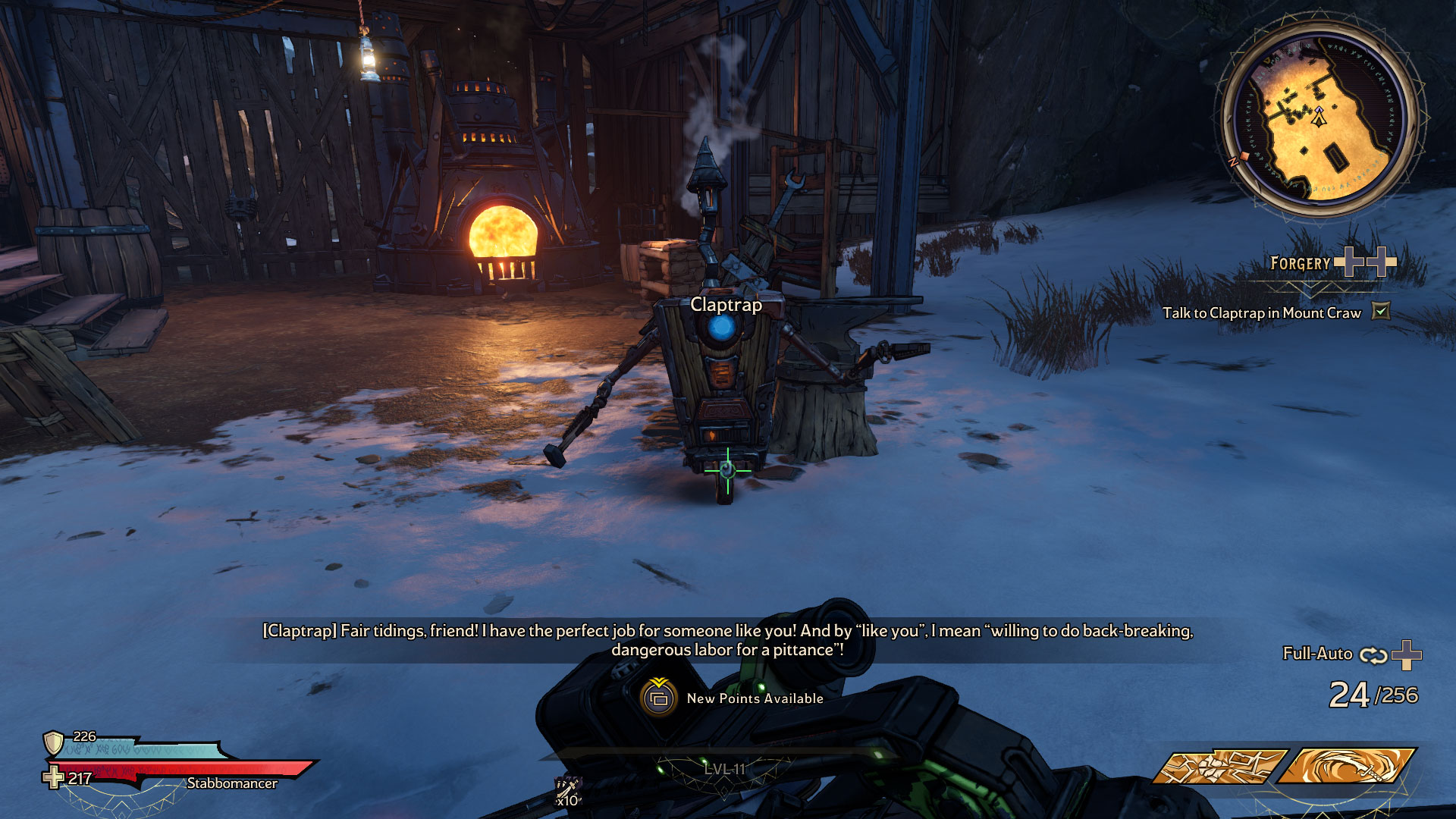 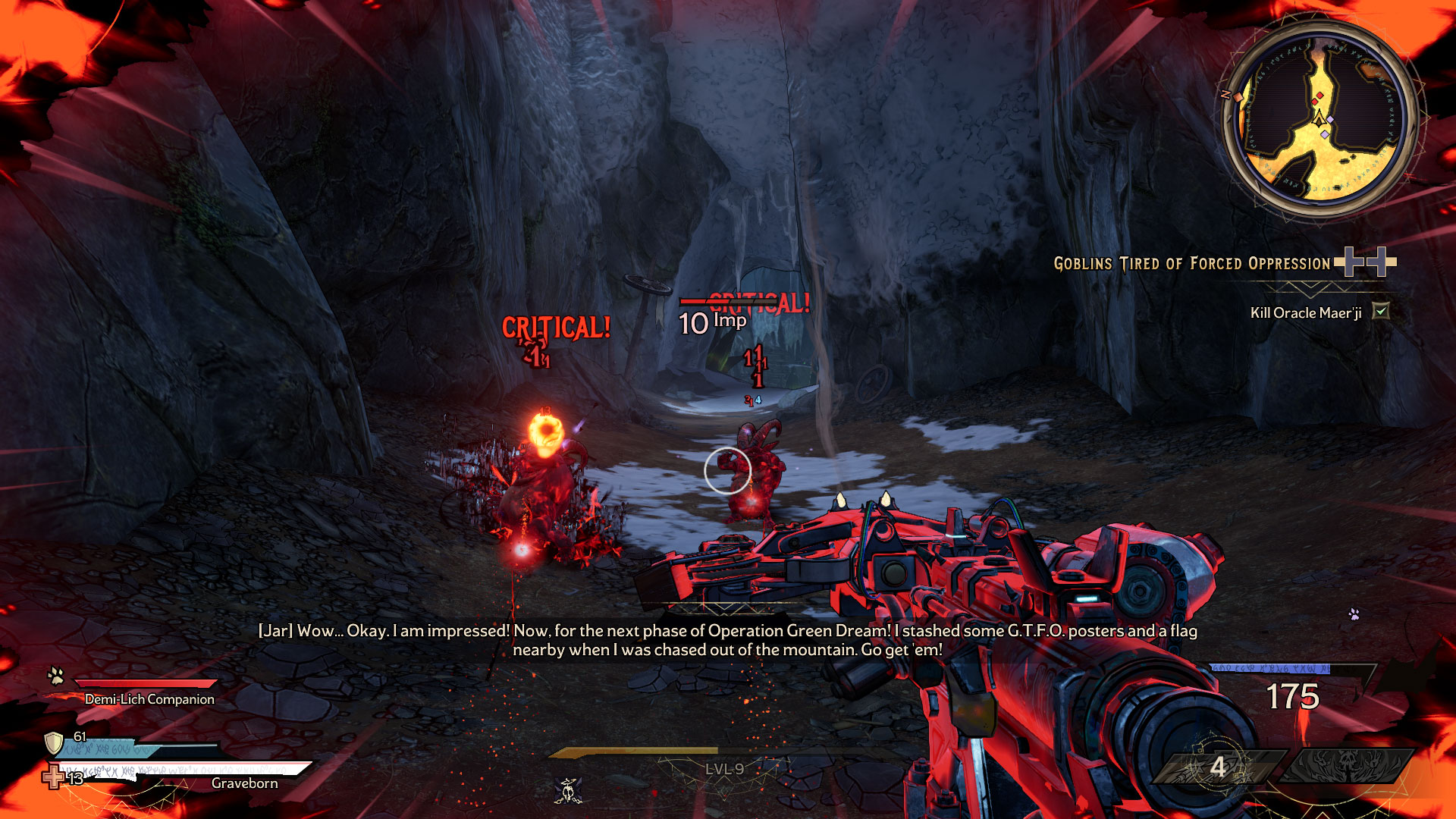 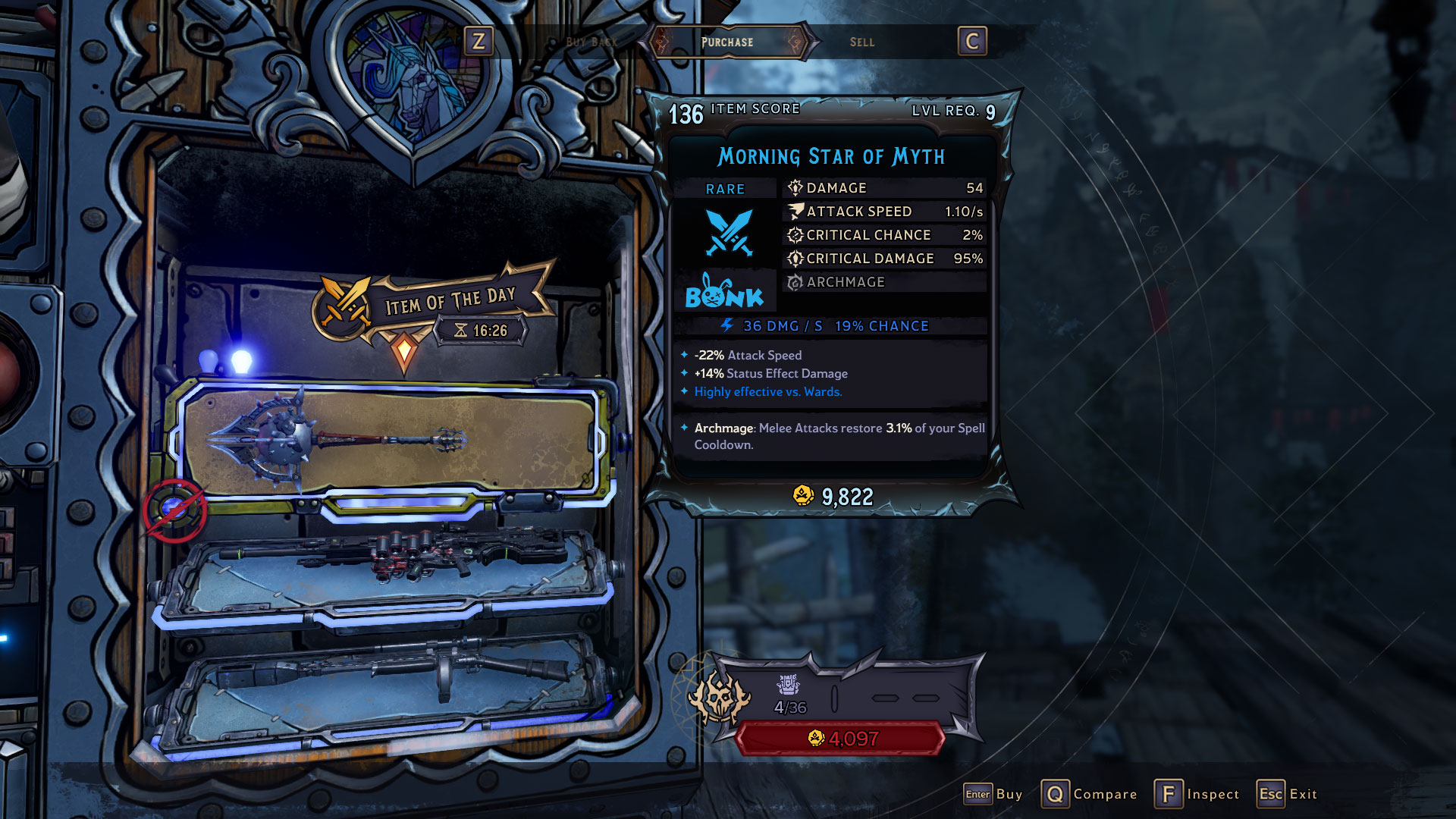