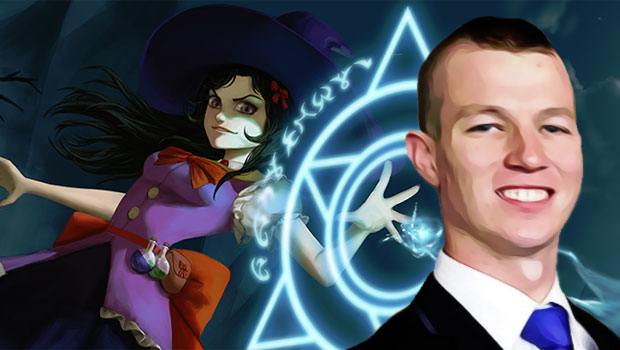 It’s PAX time in Australia again and we catch-up with Mr Timothy Bermanseder from Cardboard Keep and talk about gaming, more gaming and his involvement in the new game, Witch Thief!

So tell us how you became involved in gaming?

I’ve always been a gamer, I recall my dad teaching me Doom back before I could speak. I think that’s also where I first found a love for game dev, as he and I used to make Doom maps together.

From here I just kept playing with map editors, building new levels and telling stories. I remember spending many of my school holidays following video tutorials. For tools and game engines and being ecstatic when I got things to work and I could rush out to show my mum. 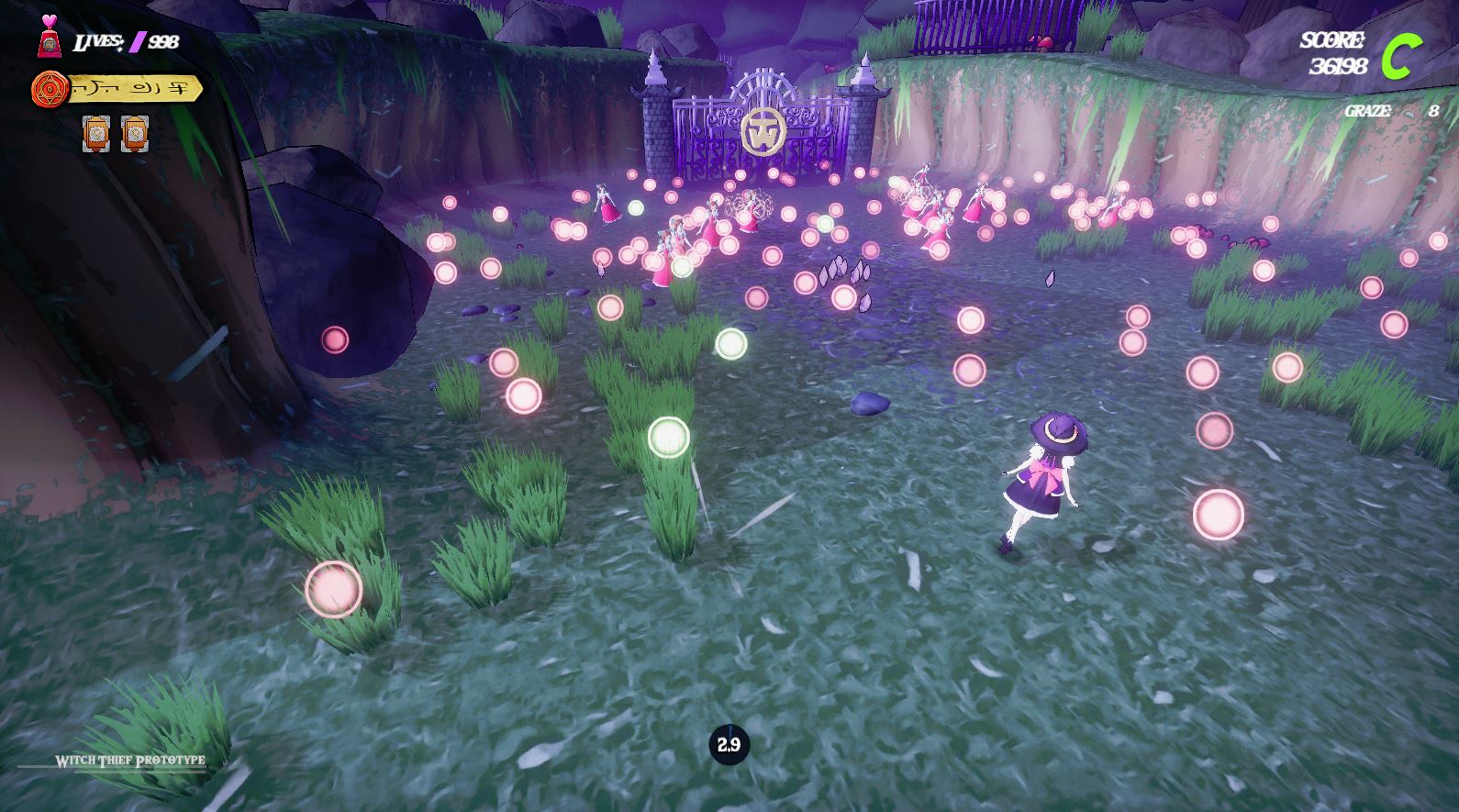 What’s the biggest challenge as a lead artist?

The challenging part I find of being a lead artist on a small team is all about realising the vision of the game. We can pretty quickly find ideas for what we want the game to look like. However making that actually a reality in engine and not kill the frame rate can be quite difficult.

It’s kinda the same thing, realising the dream of what the game looks like and executing that is incredibly satisfying. On the development side, having the tools and workflow to rapidly create new content. Allowing us to just bring whatever we imagine into reality is incredibly rewarding.

Stardew Valley. It is so relaxing to chill out too. Beyond that I play far too much DotA and Overwatch.

Of course I also play a lot of Witch Thief and Attrition: Tactical Fronts (our other title in the works). 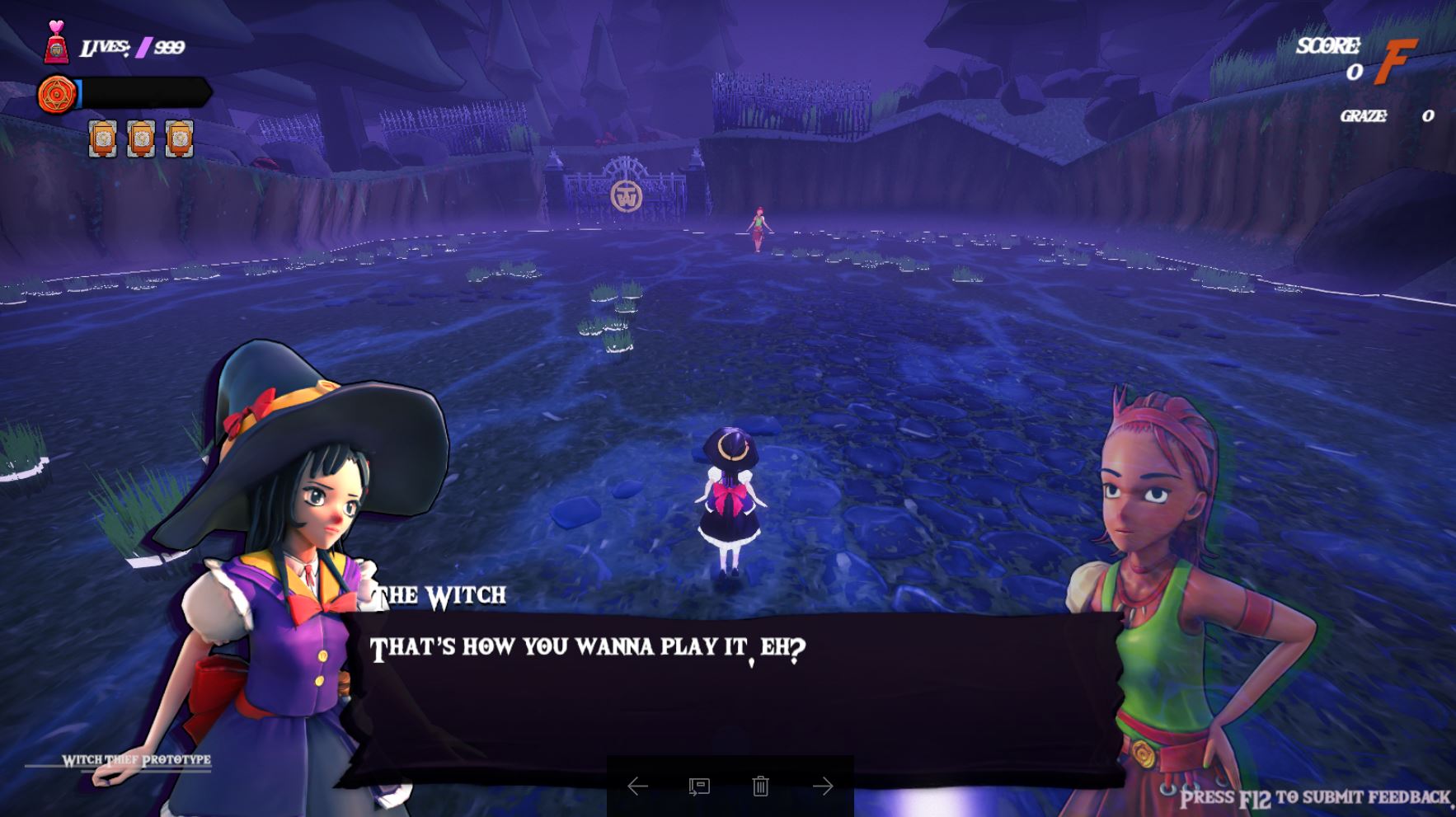 Tell us about your new game, Witch Thief?

Witch Thief is a hectic third person bullet hell. Merging the tropes of the classic danmaku style dodge and weave, one shot kill mechanics and the third person, over the shoulder perspective. It really puts a new spin on the well defined bullet hell genre.

Witch Thief begun as a study project to improve my ability to program. I have done 90% of all the work on Witch Thief, from art to code. I took this idea of brutal Japanese bullet hells and pulled the camera down into a third person perspective.

Everyone really enjoyed the prototype in the office so we took the project further. 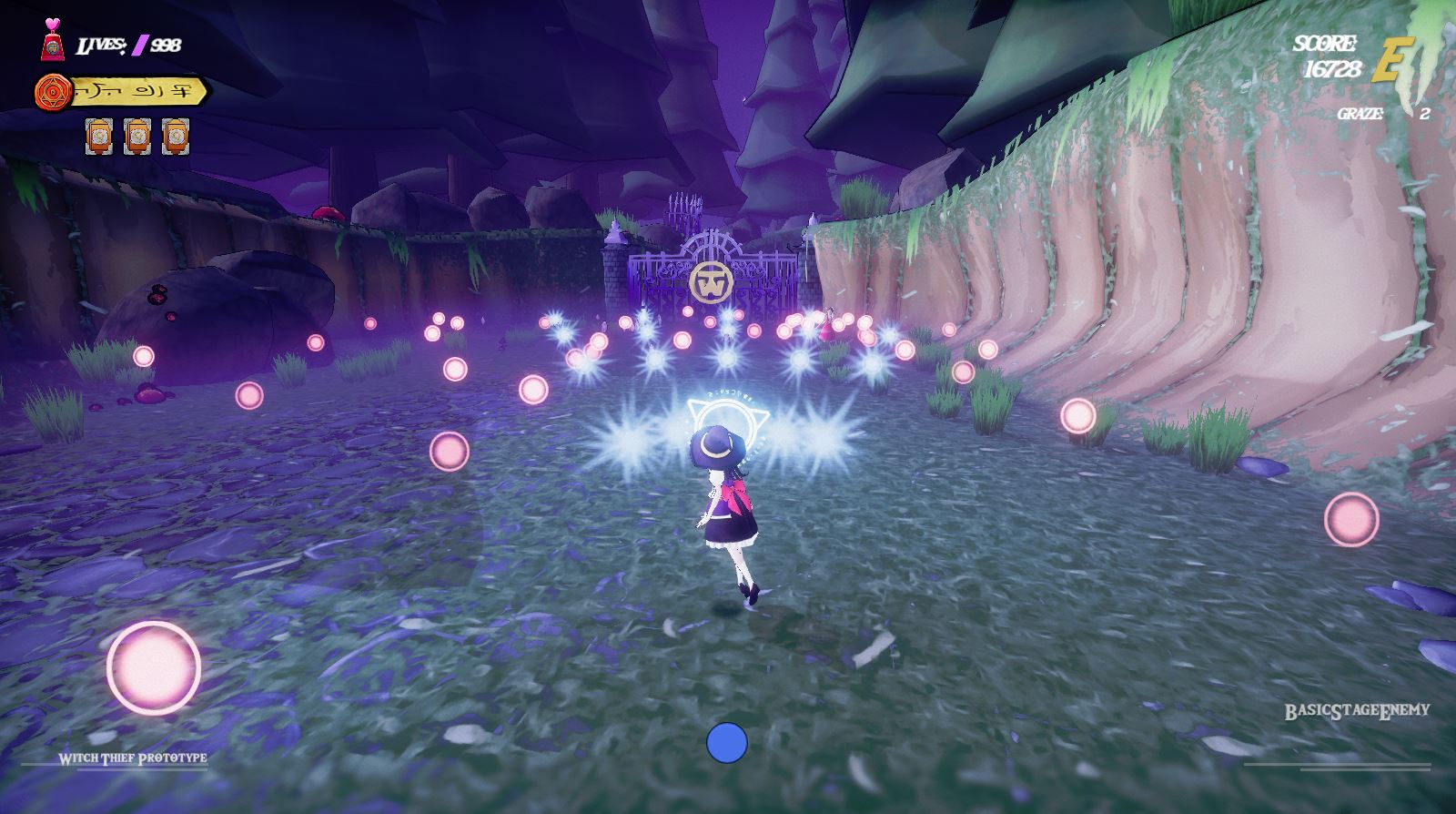 What’s your favourite mechanic in the game?

The stand out mechanic of sorts would be the camera perspective. Most of the mechanics follow the familiar patterns of other bullet hell games. However the camera perspective really makes enemy and boss patterns much more interesting to come to understand and much more personal when you narrowly dodge a bullet, as it literally whizzes past your head.

It’s been a lot of fun exploring how this perspective necessitates the change in some of the design, such as never attacking the player from behind.

Where did you get your inspirations for the art?

I have quite a fondness for Witches, big hats and frilly dresses. When it came time to develop the art style my key inspirations were games such as the Touhou Franchise and Bloodborne. The idea of a dark and gritty world, inhabited by quirky bubbly characters is a lot of fun to design for. It allows for bright fun colours and personalities despite the grimmer darker themes. 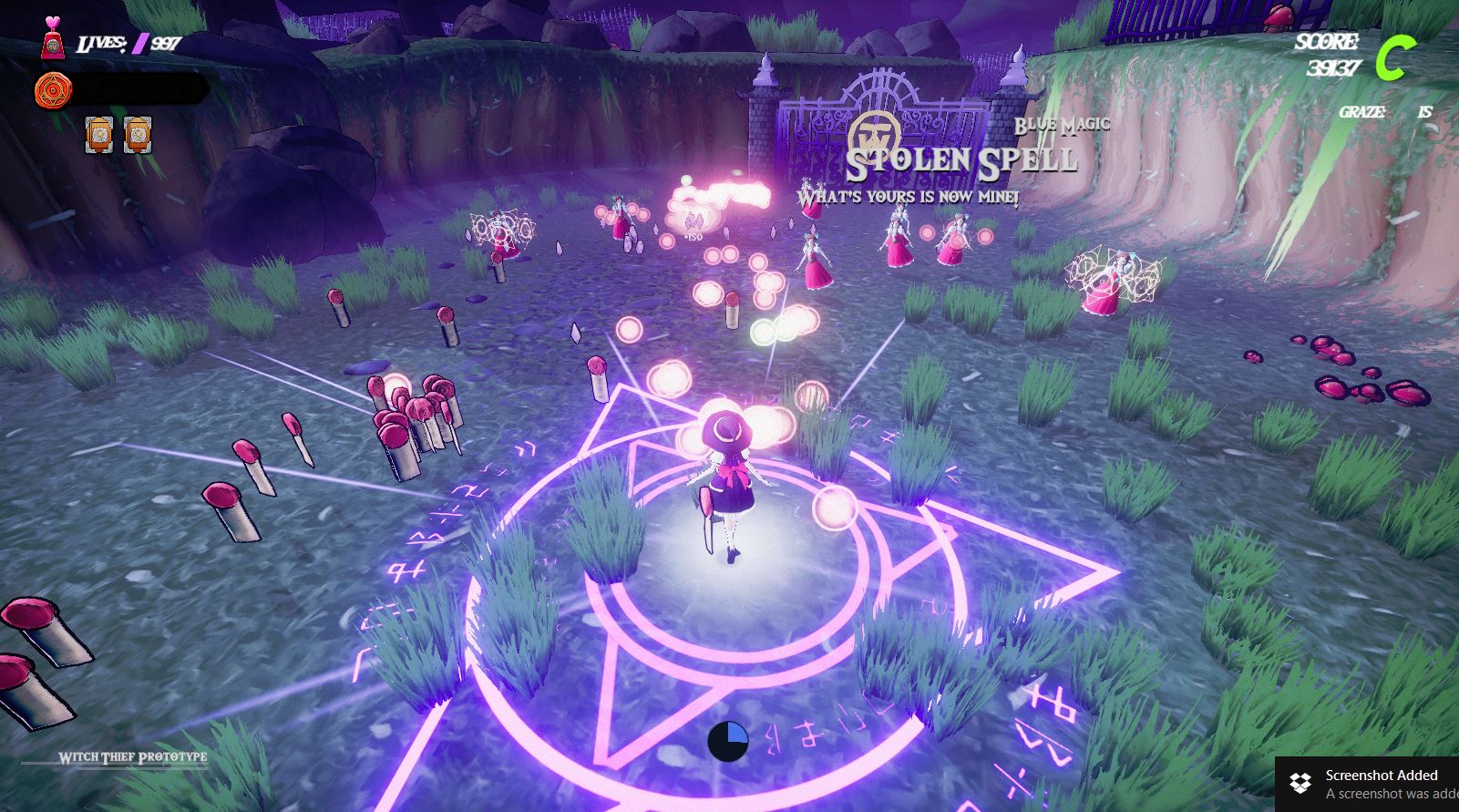 The most exciting part of any convention is seeing people’s faces light up at my work, and then getting to talk to and ask them about it. It’s just a heck of a lotta fun to see how people have interpreted the game. What they found good and fun isn’t necessarily what I was intending and it’s honestly just great feedback. I always come back from PAX feeling pretty inspired to dive into work again.