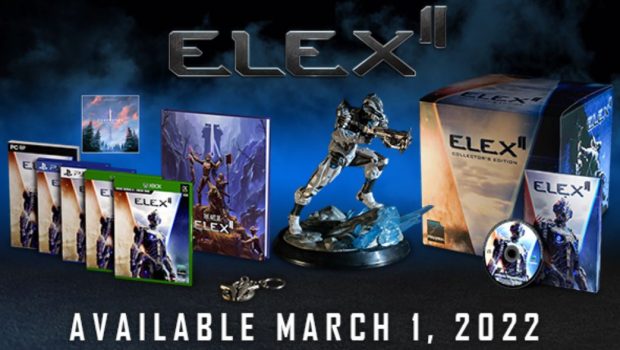 Magalan is in dire need of a hero. The factions are inches away from starting an open war, the world is still haunted by monsters of all different kinds and a new threat is rising, in an attempt to change the face of the planet forever – survival of mankind not included. That means it’s about time for you to return to Magalan, put on Jax’s boots, and kick some ass, when ELEX II, the science-fantasy RPG by Piranha Bytes releases on the 1st of March 2022 for PC and consoles.

ELEX II will feature a special Collector’s Edition, including:

ELEX II can be wishlisted now on Steam: https://store.steampowered.com/app/900040/ELEX_II/