THE LION KING has smashed box-office records around the country most recently becoming the highest grossing show in the 30 year history of Brisbane’s Queensland Performing Arts Centre. As the Melbourne season gets under way, Australian ticket sales will have surpassed 1.1million.

Executive Producer of The Lion King (Australia), James Thane, said the company has been thrilled with the response from audiences of director Julie Taymor’s vision of the African savannah.

“The interest for the show in Melbourne has been phenomenal and we are very excited as we bump-in to the beautiful Regent Theatre”. 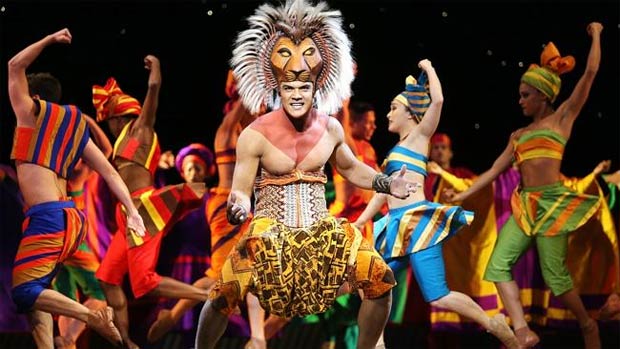 This homegrown production features the most multicultural cast of any Australian-produced stage musical to date, with performers from 13 countries across 5 continents.

Other principals include Josh Quong Tart  who plays Scar, Rob Collins as Mufasa, Cameron Goodall as Zazu, Russell Dykstra as Pumbaa, Jamie McGrgeor as Timon, Ruvarashe Ngwenya as Shenzi and Andre Jewson as Ed (who are both from Melbourne).

This is the 9th production of THE LION KING running concurrently around the world with shows on Broadway and on tour across North America, in Tokyo and on tour in Japan, in London’s West End and on tour throughout the UK, and in Hamburg and Madrid. A 10th production opens in Mexico City this March. 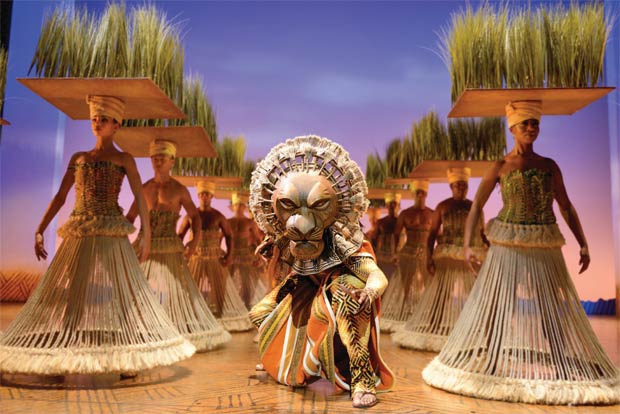 ABOUT THE LION KING

In its 18th year, THE LION KING remains ascendant as one of the most popular stage musicals in the world. Since its Broadway premiere on November 13, 1997, 22 global productions have been seen by more than 75 million people and, cumulatively, run a staggering 112 years. Produced by Disney Theatrical Productions (under the direction of Thomas Schumacher), THE LION KING is only the second show in history to generate five productions worldwide running 10 or more years. Translated into seven different languages (Japanese, German, Korean, French, Dutch, Spanish and Portuguese), productions of THE LION KING can currently be seen on Broadway, London’s West End, Hamburg, Tokyo, Madrid, and on tour across North America, the U.K., and Japan. Having played 19 countries on every continent except Antarctica, THE LION KING ’s worldwide gross exceeds that of any film, Broadway show or other entertainment title in box office history.

The show’s director, costume designer and mask co-designer Julie Taymor continues to play an integral part in the show’s ongoing success. The first woman to win a Tony Award for Direction of a Musical, Taymor has in recent years supervised new productions of the show around the world.

The Broadway score features Elton John and Tim Rice’s music from The Lion King animated film along with three new songs by John and Rice; additional musical material by South African Lebo M, Mark Mancina, Jay Rifkin, Julie Taymor and Hans Zimmer; and music from “Rhythm of the Pride Lands,” an album inspired by the original music in the film, written by Lebo M, Mark Mancina and Hans Zimmer. The resulting sound of THE LION KING is a fusion of Western popular music and the distinctive sounds and rhythms of Africa, ranging from the Academy Award®-winning song “Can You Feel the Love Tonight” to the haunting ballad “Shadowland.”

VISIT www.lionking.com.au or any Ticketmaster agency