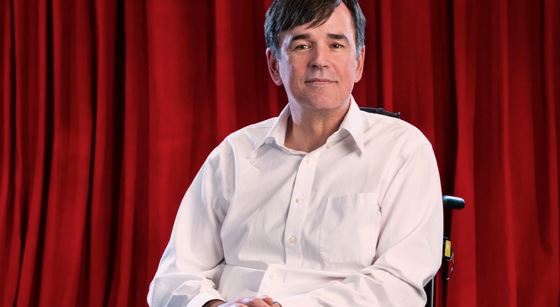 Comedy legend Tim Ferguson brings his inspiring life journey to the stage. Tim’s story will make you laugh, cry and seize the day.

From touring the world in the Doug Anthony All-Stars to his life as a commercial network TV star and now an international teacher of screen comedy.

Through it all, Tim has defied the challenges of Multiple Sclerosis. Despite his condition, Tim’s has vowed to never stop making audiences laugh. And since he got wheels he has gone even faster! Tim says, “I don’t ‘suffer’ MS. It suffers me.”

You will be entertained, touched, fascinated and ultimately uplifted as Tim takes you through his “Fast Life” with hilarious stories, breathtaking insights and his trademark wicked humour.

Catch Tim’s latest and best new show as it premieres in Brisbane. Hilarious, touching and wicked. This show is hell on wheels.