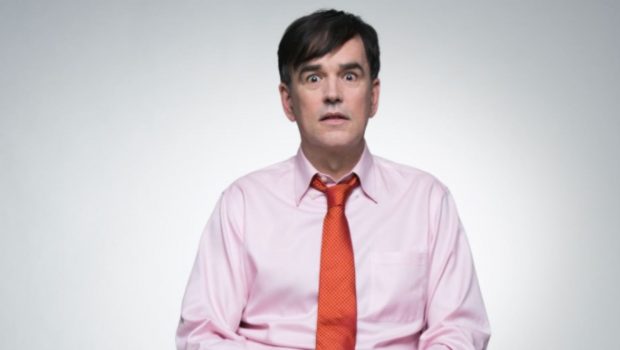 Tim Ferguson ‘A Fast Life on Wheels’ is coming to Melbourne

Tim and legendary comedy director Marc Gracie will be giving the Forum Melbourne punters a chance to witness the comedy legend in a comic masterwork to touch the minds and hearts of audiences.

Tim proves disability is not the end. His Multiple Sclerosis has put him in a wheelchair, plaguing him with various daunting symptoms you don’t want to know about. But MS won’t stop Australia’s busiest comedian, screenwriter, movie maker, author and comedy writing teacher. “Forget comic timing,” Tim says, “I’m in a hurry!”

What next? Well, a season in Australia’s favourite house…the OPERA HOUSE that is.

A testament to the power of humour in any situation, Ferguson constantly defies the challenges of MS. He has vowed to never stop making audiences laugh, saying “I don’t ‘suffer’ MS. It suffers me”.
With Tim’s trademark wicked humour, outrageous stories and breath-taking insights, his new hour of comedy is hell on wheels.

“He’s a natural born storyteller, and has lost none of his hard edge… Thoroughly entertaining, irreverent as ever, funny, sad, intelligent, Tim Ferguson is still very much a star!” – The Clothesline, Adelaide
“A candid show from the heart” – Fourth Wall Media