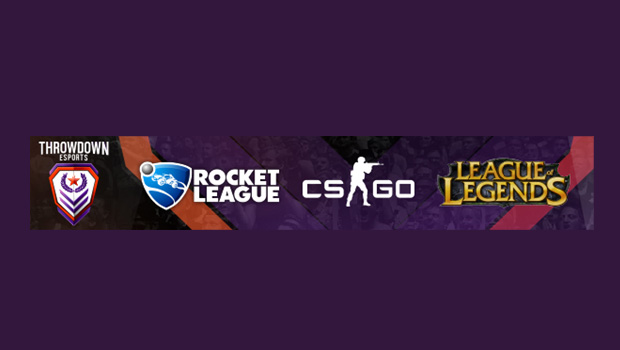 The second season of the Throwdown Esports series is well underway, with the finals event near in sight. The Rocket League, League of Legends, and CS:GO tournaments have already seen some epic battles with players competing for their place in the live finals, and share in the $30,000+ prize pool. Following on from the growth of Season 1, the Season 2 Finals will take place over 2 action packed days on the 20th and 21st May, with non-stop entertainment across the weekend.

Sunday 21st May will be dedicated to a massive day of Rocket League, with the semifinals and finals of the Throwdown Rocket League OCE Championship. The stakes are high, as the top two finalists will go on to represent Oceania in this season’s RLCS World Championship in Los Angeles in June.

St.George returns as a major sponsor for the league, as they continue to support the growth and development of Australian esports and gaming communities.

Season 2 has also seen the inclusion of Turtle Beach as the official headset partner for Throwdown Esports, giving players the opportunity to experience the best of professional gaming sound with the Elite Force Pro Headsets (www.turtlebeach.com).

Tickets to event will go on sale Wednesday 26th April from www.throwdowntv.gg. For those unable to attend the event in Sydney, all the action will be streamed live on Twitch via the ThrowdownTV channel www.twitch.tv/throwdowntv.

Join the conversation and keep up to date with the latest news on: