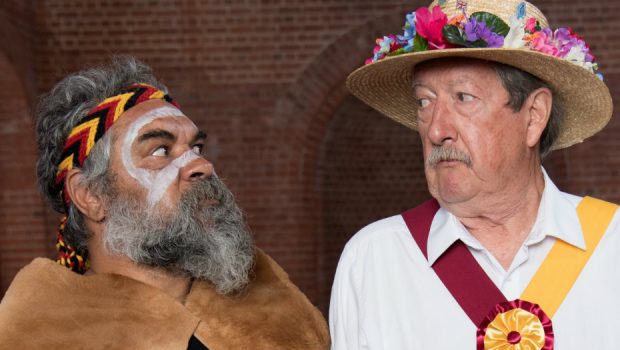 Rebecca Breeds is the star of Three Summers and the lone reason to endure it. Any other sensible justification seems scarce. The thirty-year-old actress is no rookie, having featured in almost four hundred episodes of the Australian television series Home and Away. Evidentially, she’s far too charismatic, experienced and talented to be wasting her energy in a piddly, would-be musical-comedy like this.

Casting her is the last shred of good fortune for British writer-director Ben Elton because nothing else here is working for him. This is a sometimes cringing, feather-weight Australian musical about a collection of families visiting a folk music festival across three consecutive summers. If that sounds about as much fun as scooping out one of your eyeballs with a butter knife that’s because it is. Only Breeds’ presence prevents it from entirely becoming a calamity.

The film aimlessly cuts between the different families, who are laboured caricatures representing Australia’s various social problems. Michael Caton plays Henry, a racist man who is a Morris dancer and has no sympathy for Aborigines or refugees. His granddaughter Ruby (Nichola Balestri) blasts him for his attitudes as she makes eye-contact with a nearby orphan boy. What are the chances? Her mother can barely remove herself from her phone. You’ll never guess how the adults change.

The centre of Three Summers though is Keevy (Breeds), a beautiful, enthusiastic fiddler in a country band who takes a shine to an obnoxious and unorthodox technician named Roland (Robert Sheehan). Their romance is regularly put on the backfoot because he constantly gives her unwanted career advice and accidentally criticises her band and her taste in music.

Various subplots intercut, including an overbearing female security guard, a young woman who sings about gender issues, the festival’s radio host (Magda Szubanski), two sets of older couples who do little but drink wine together, a woman (Deborah Mailman) who hosts an alcoholics circle, an Aboriginal man who buses in some troubled Indigenous kids, and Keevy’s father (John Waters; an impressive singer) who drinks too much because his wife died in a car accident when Keevy was 16.

Ben Elton is said to be a talented comedian and satirist, but Three Summers unfolds like a first-time screenplay approaching the end of an early draft. The characters are so heavily telegraphed as stereotypes, with the actors mistakenly trying to be funny, that their saccharine, implausible transformations seem inevitable from the first scenes. Though in one case, where the granddaughter Ruby becomes a Goth, the shift within twelve months is so radical that it’s hard to believe it’s the same person. 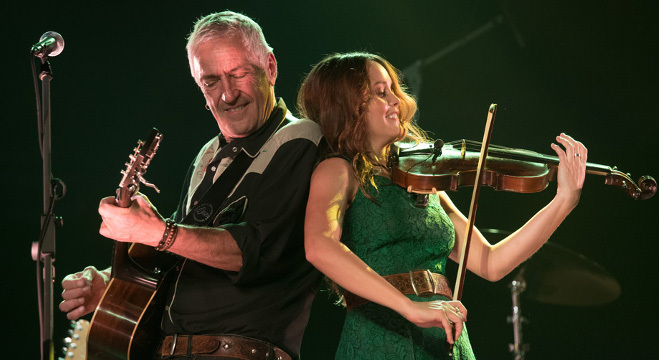 Ben Elton thinks that he and his film have a lot to say about a wealth of social issues, including land rights, refugees, detention camps and prejudice; however, the way the characters talk about these topics to characterise their intolerance and sympathy is like listening to a primary school debating team; it’s ham-fisted, on-the-nose and generally grating to hear.

The number of loose threads (perhaps imitating a multitiered comedy like Love Actually) sees the film torpedoed by its shapeless narrative. Three Summers is merely a generic, predictable love story about two people with different career ideas, but that basic idea of cultural standards is interrupted by an overabundance of political trimmings glued onto the various sides of it. Does Ben Elton think that highly of himself that he can’t admit he’s just made another crummy feel-good movie?

To realise what a fragmented hodgepodge this is, one must only view the juxtaposition of two threads. A corny moment between Henry and an Aborigine is paralleled with a scene of Keevy and Roland deciding their future, as though their musical ambitions carry the same weight as cultural sensitivity. Similarly, a late scene where Henry partakes in a traditional Aboriginal dance proves once and for all that Elton is a film writer completely out of his depth, swallowed whole by his gluttony and thirst for mush. 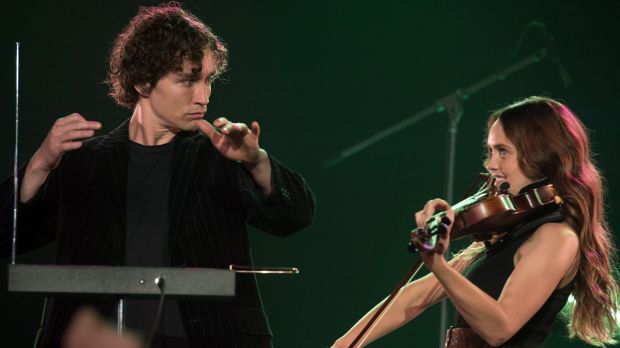 Despite the film’s light-weight mood, it may surprise you that the film is unexpectedly awkward and mean-spirited towards its most undeserving characters. The number of women Ben Elton chooses to caricature is weird and at times tone-deaf. For example, a terribly unfunny moment early on has a young woman singing a song about castration called “Raping Matilda”. There’s also a posy of millennial girls who are in a group called “Feminnasty”. This isn’t discounting the female security guard, the neglectful mother and a needlessly uptight official from a music conservatory.

Is Mr. Elton secretly trying to tell us something much darker about himself than anything we’ll find in his mediocre film? If only he had paired back these senseless jabs and his angry archaic view of technology to give more time to his best asset, Deborah Mailman. Once again, this actress doesn’t put a foot wrong, but her part is underdeveloped and not worthy of her enormous talents. How can a film that demands equality underuse a major Indigenous talent? Instead, Elton is foolishly distracted by taking swipes at contemporary fads like dating apps and mobile phones. These characters are just so young and hip because they can talk about Tinder and Grindr!

Most musicals have simple romances, but they can still be charming and a lot of fun. Sadly, this one’s rushed and preposterous even for the genre, which is saying something. Roland is the type of fellow from whom most women would run a mile these days. The character is terribly annoying, a self-involved hipster who is either worried that he’ll “succumb to popularism” (don’t ask) or he thinks he can tell a much more talented young woman how to pursue her career. The developments between the two characters are improbable, sloppily edited in places and loaded with silly coincidences and missed chances. Can you believe that someone in 2017 would be silly enough to set a montage of a couple fighting to Gotye’s song Somebody That I Used to Know? You can now. 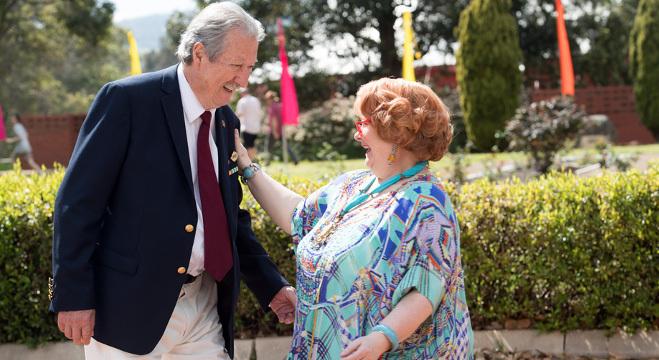 Three Summers marks a poor film for Ben Elton. It’s not particularly funny and its fragmented collection of storylines are predictable and flat-out corny because it’s examination of intolerance fails to open new windows of society that haven’t already been fully explored. One could say he’s ambitious for taking on so many topics at once, but they’d be wrong. It’s symptomatic of an undisciplined writer looking for self-importance and big topics rather than specifying his subject matter. Fortunately for Elton, he has Rebecca Breeds who if nothing else will use the film to showcase her charisma and musical talents. She deserves so much better.

Summary: Rebecca Breeds is the star of Three Summers and the lone reason to endure it. Any other sensible justification seems scarce.