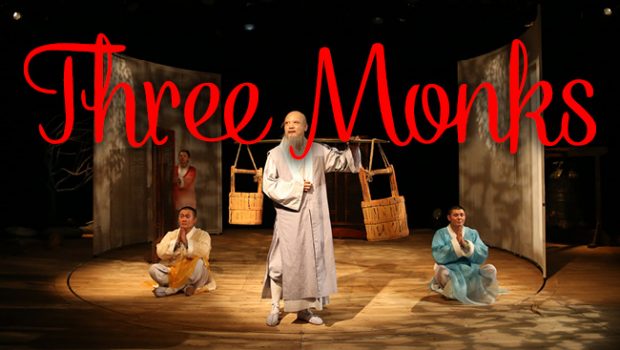 Summary: Deftly combining dance and Chinese opera, Three Monks is a terrific way to expose children to different elements of the creative arts.

An reinterpretation of an ancient Chinese proverb, Three Monks is a uniquely riveting display of physicality, with everything from martial arts to classic slapstick on display, resulting in a compelling show for all ages anchored by the performances of its four leads.

The basic narrative of Three Monks follows the story of the titular three monks and their master as they reminisce about the circumstances that initially drew them together. Throughout their struggles to transport water to the temple, the monks find that selfishness, whilst often a viable alternative, works to the detriment of the entire group as a whole and that unifying their efforts alleviates the burden of trying to shoulder the entire workload oneself. 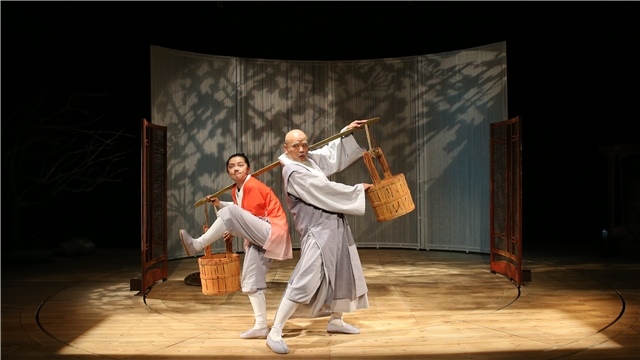 Adapted from ancient legend, I was actually familiar with another iteration of the story via Chinese animation, albeit with one major difference being the absence of the ‘Master’ character, so it was a lovely experience watching this familiar tale re-enacted upon the stage. The creative use of rear projection and minimalist stage props give the performance an abstract quality that is amplified by the non-verbal nature of the piece.

That so much can be conveyed solely through expression and choregraphed movement is a testament to the universal nature of theatre, but perhaps the biggest surprise was just how amusing the entire experience was.

Clearly developed with a younger audience in mind, the comedic pratfalls and goofy hijinks definitely struck the desired tone and parents can rest assured that the humour is wholesome throughout, yet not without appeal to an older demographic.

Deftly combining dance and Chinese opera, Three Monks is a terrific way to expose children to different elements of the creative arts and explore the cultural differences between storytelling devices. Aside from academic purposes it’s also simply an accomplished piece of theatre that can be enjoyed on its own merits. 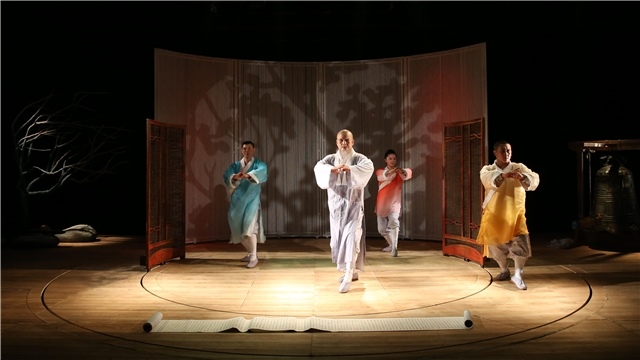 I had two munchkins tagging along with me and they absolutely adored Three Monks, rapturously laughing along as the monks bickered over the task of carrying the water and staying engaged for the entire runtime of just over an hour, which is no mean feat considering how hard it is to capture their attention in this age of instant media gratification.

As a parent it was a marvellous experience watching their emotional responses to this classic tale and indeed the act of experiencing the theatre itself; there was one scene near the end involving a fire that may be a tad frightening for some children but the jovial atmosphere and general sense of levity persists throughout the performance and makes Three Monks an easy recommend for the entire family .