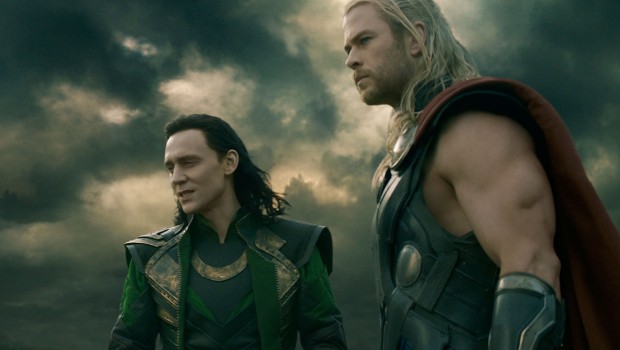 In Marvel Studios’ “Thor: Ragnarok,” Thor (Chris Hemsworth) is imprisoned on the other side of the universe without his mighty hammer and finds himself in a race against time to get back to Asgard to stop Ragnarok – the destruction of his home world and the end of Asgardian civilization – at the hands of an all-powerful new threat, the ruthless Hela (Cate Blanchett). But first he must survive a deadly gladiatorial contest that pits him against his former ally and fellow Avenger – the Incredible Hulk (Mark Ruffalo) – and grapple with his silver-tongued adopted brother Loki (Tom Hiddleston), the fierce warrior Valkyrie (Tessa Thompson) and the eccentric Grandmaster (Jeff Goldblum).

“Thor: Ragnarok” commenced production on July 4, 2016, and filmed mostly in Australia’s Gold Coast. The production was headquartered at Village Roadshow Studios in Queensland.

In addition to filming on more than three dozen sets erected at the studio, the production also filmed on location in downtown Brisbane (doubling for New York City) for a week in late August, and at two breathtaking locations in Queensland’s Tambourine National Park.

This marked the first time Marvel had filmed not only in Hemsworth and Blanchett’s home country, but in the Southern Hemisphere as well.

Says Hemsworth, “I asked if we could shoot in Australia and thankfully the Marvel guys said they would look into it but couldn’t promise anything.  To me, to be home again for more than two weeks would be fantastic. And it worked out. It was so nice being there. There’s just such a familiarity with the crew and everything here. And I get to sleep in my own bed.”