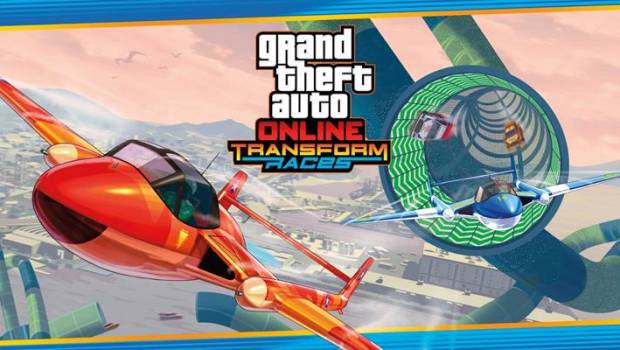 A new realm of creative possibilities arrive in GTA Online as the Creator receives an extensive update adding additional Vehicles, Props, weather patterns and more to your bag of tricks. On top of an increased Prop limit, you can now create your own custom Target Assault Races, trap-infested deep sea courses and teleport generating Transform Race Warp Checkpoints. For a full list of the new Creator features and updates, check out the notes at the Support site.

If you’re in need of a little inspiration and some extra GTA$, jump into any of the seven brand new Rockstar-created Transform Races and earn Double GTA$ & RP through June 11th.

Canal Crosser: Sure, you can turbo your hyperbike through jumps, rings and tubes and make it look easy but can you deal with the Vespucci canals? Rusting strollers, ex-FIB informants, the flaming wreckage of hovercars and amphibious quads – sometimes the naturally occurring obstacles are the trickiest.

The Grotti Circuit: This fiery hurricane of jetpacks, flying cars and vintage classics raging through the heart of Los Santos is brought to you by Grotti, the Italian supercar manufacturer with a low threshold for bad publicity. Even the flaming wreckage is green, white and red.

Plane and Simple: Disorientation is a funny thing. You take one too many inverted checkpoints in a fighter jet, and you’d swear you were stuck in a long, winding tunnel dodging rotating fans with absolutely no idea what vehicle you’re using. Don’t worry, it’ll probably clear up soon.

Evolution: The tech only gets better – but can you keep up? Sure, your old Sports Classic is manageable. You can probably handle a juiced up stock car, too. But that vicious little hatchback is going to cause trouble – and as for the hypercar….Yeah, you’re not ready.

Tug Life: It’s a rule as old as high-speed racing itself: never fall out of the sky in a rusty tug boat on a full stomach. Or something like that – it doesn’t really matter, because you’re definitely doing it.

Twister II: There was a time when if you asked any civilized person whether they fancied a high-speed corkscrew hundreds of feet above the Pacific, they would do the decent thing and assume you were hoping to join the mile high club. These days you’re not even talking about a plane.

Summer is fast approaching and you can’t be caught dead strolling through the city in a hooptie. Lucky for you, some of the hottest vehicles will be cropping up for sale over the next few days and throughout the week, so be sure to follow us on Twitter, Instagram and Facebook to get word on special daily discounts as they happen. In addition, the trio of fan favorite vehicles below will be on sale all week long: